The Marine Corps Automated Construction of Expeditionary Structures (MCSC) initiative partnered with the I Marine Expeditionary Force to create a 512-square-foot “B-Hut” in 40 hours using the world’s largest 3D printer at the US Army Engineer Research and Development Center in Champaign, Illinois. The first thing you’ll notice is its rectangular design with cut outs for windows, but zig-zagging walls, and that’s because printing them like this makes the structure 2.5-times stronger than a typical reinforced concrete wall.

Building wooden barracks normally takes 10 marines around five days, so being able to cut that down to just 40-hours is a game changer. The team started out by rendering a 3D computer model with Computer Aided Design (CAD) software, and then all that was left to do is hit start on the 3D printer. Cement then begins extruding through a nozzle in layers to build up the walls. Marines had to continuously fill the printer with concrete, but if the process was fully automated using a robot, the building could be completed in around 24-hours. 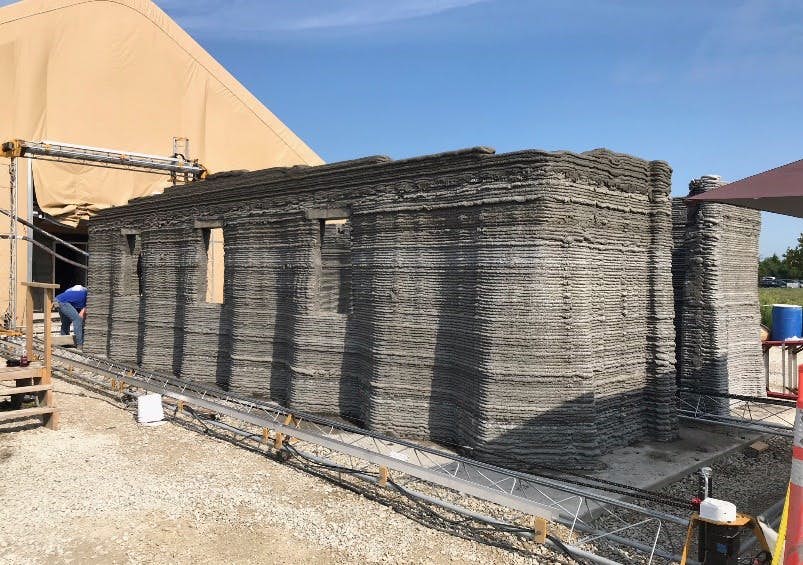 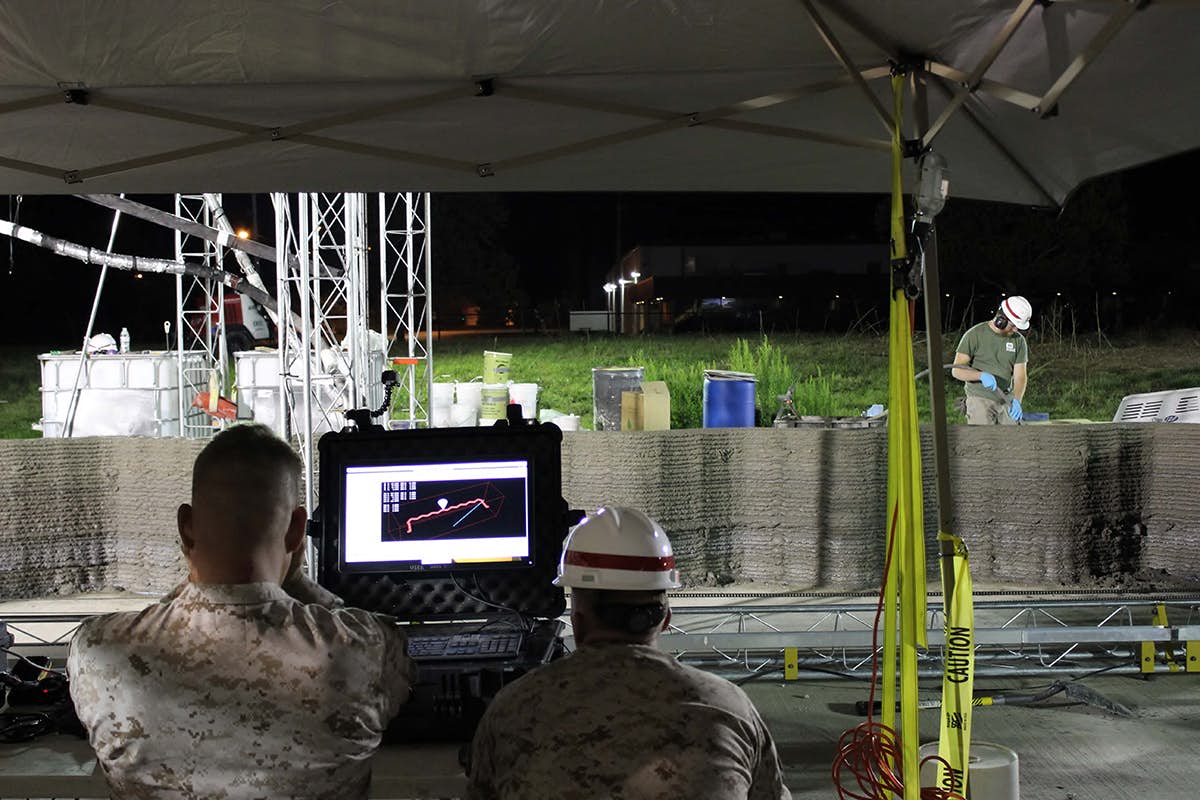 The biggest advantage of 3D-printed concrete is that much less material is required compared to the standard technique of filling molds with concrete. Why? Well, the printer only deposits concrete where it’s needed, thus decreasing the use of cement, which in turn reduces CO2 emissions.