Photo credit: Cowboywithacamera
April 22nd marks the new Moon and it coincides with the Lyrid meteor shower, which is set to produce bright fireballs. This year we are expecting rates of up to 15 meteoroids per hour. The Lyrids also coincide with Earth Day this year, and meteor shower falls during International Dark Sky Week which begins April 19 and runs through April 26.

International Dark Sky Week is an international observance that focuses on preserving as well as protecting our night sky and the wonders that comes with it. The Lyrid meteor shower mainly comes from debris left by a comet known as C/1861 G1 Thatcher. Lyrids are one of the oldest known meteor showers and have been observed for over 2,700 years. 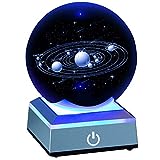 April has already been an active month for celestial events and it is about to get even better with the Lyrid meteor shower beginning April 19. Just in time for the 50th anniversary of Earth Day, the Lyrids will peak on April 22 during the predawn hours,” said NASA.