Photo credit: On
Typically, a zero-carbon city refers to one that runs entirely on renewable energy, which means it has absolutely no carbon footprint and will not cause harm to the planet. If you take that idea, and use it on a cabin, this “On Mountain Hut” is the result. This retreat is hidden away in the beautiful Swiss Alps, sitting on a mountainside at an altitude of 8,200 feet above sea level. 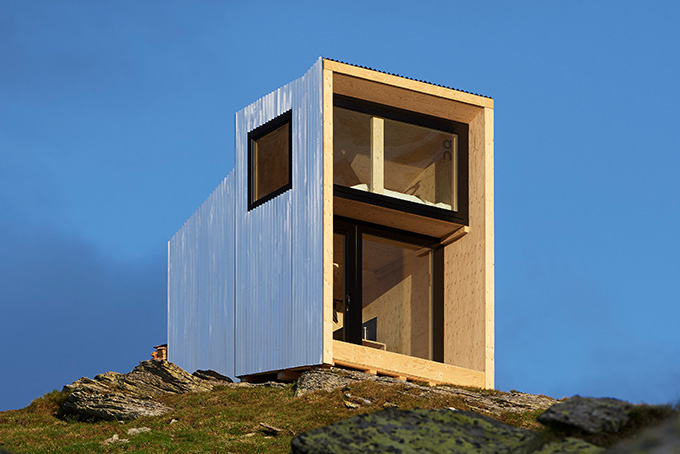 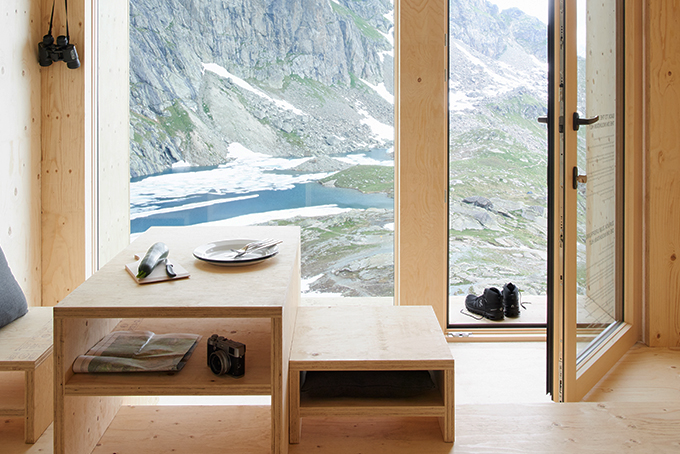 The duplex offers panoramic views of the Engadin Valley below from all the living areas, which include a spot for eating / entertaining as well as the bedroom. This temporary structure was designed and constructed from sustainable materials so that nothing goes to waste when it’s taken down, while still offering all the amenities you’d expect from a modern cabin. Electricity is drawn from solar panels and a rainwater filter ensures you have fresh drinking water after a long hike in the mountains. 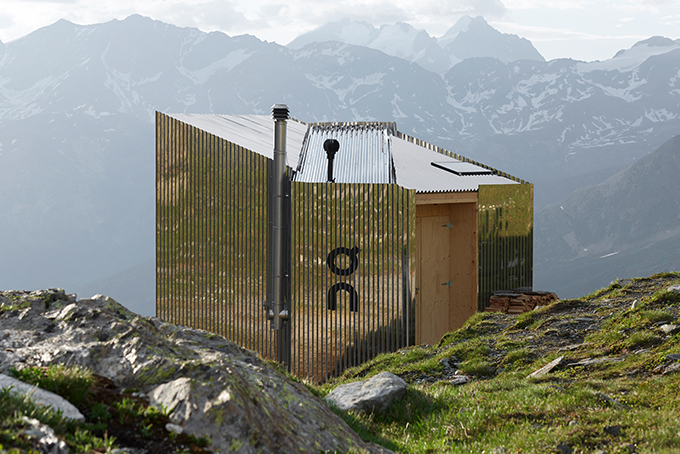 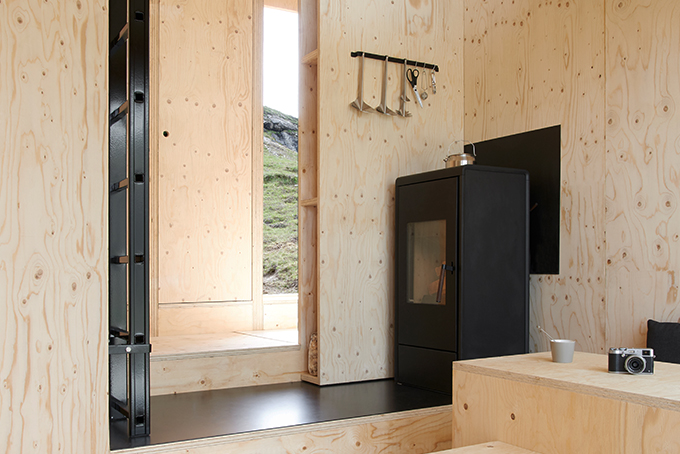 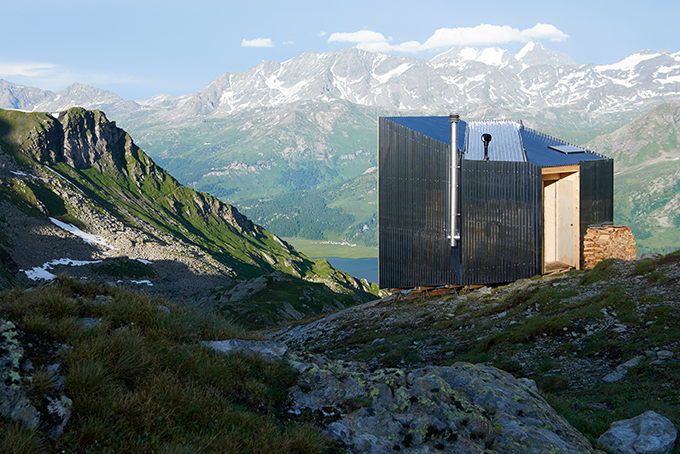 Since it’s situated between the Piz Lunghin mountain and Lunghin pass in the area of Engadin / Bergell, the water flows into three major rivers: the Danube, Rhine and Po, all of which run into the Black Sea, the North Sea and the Mediterranean respectively.