Microsoft first launched the Project xCloud preview last year, and many have wanted to try the game streaming service on their iOS devices. As of today, the iOS client is now available through the TestFlight program in the US, UK, and Canada. The preview will begin with just one game, “Halo: The Master Chief Collection.” Unfortunately, only 10,000 testers will be invited into the preview due to TestFlight limitations.

If you’re still interested in participating, you’ll need: a Microsoft account (MSA) associated with your Xbox gamertag, an iPhone or iPad running iOS 13.0 or greater with Bluetooth version 4.0, a Bluetooth-enabled Xbox One Wireless Controller, and access to a Wi-Fi or mobile data connection that supports 10Mbps-down bandwidth, similar to streaming video. However, if you’re using Wi-Fi, a 5Ghz connection is recommended. Registration page here. 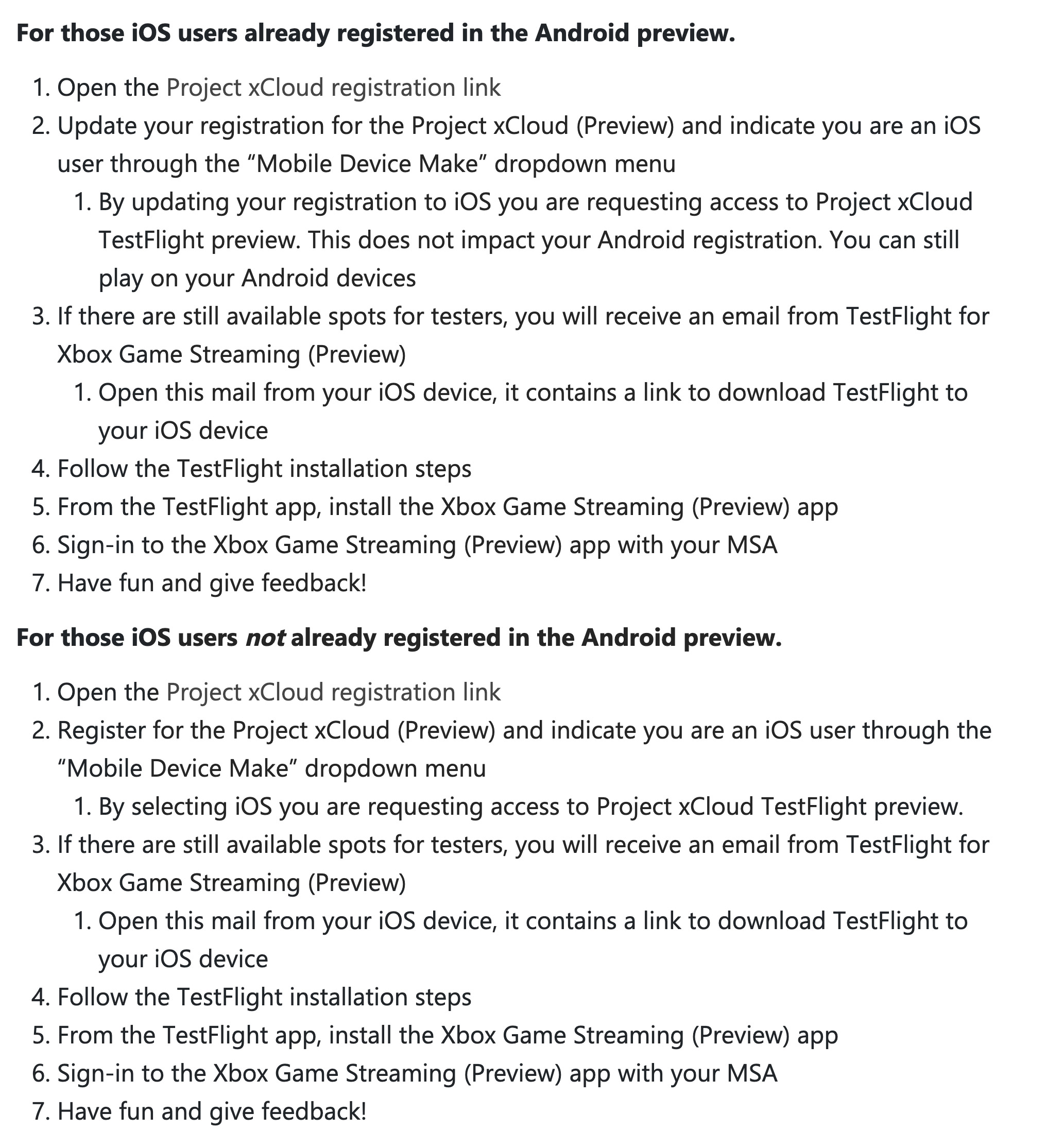