This may sound like something from a science fiction film, but one company has created a real working invisibility shield. It does not involve any extraterrestrial technology, but rather a precision engineered lens array that directs much of the light reflected from the subject away from the observer, thus sending it sideways across the face of the shield to the left and right.

Since the lenses in the array have a vertical orientation, the strip of light oriented in the same way that is reflected by the standing/crouching subject diffuses when spread out horizontally and then passes through the back of the shield. When someone looks at the subject, this background light is effectively spread horizontally across the front face of the shield, over the area where they would typically be seen. Want your own? Join the Kickstarter here. 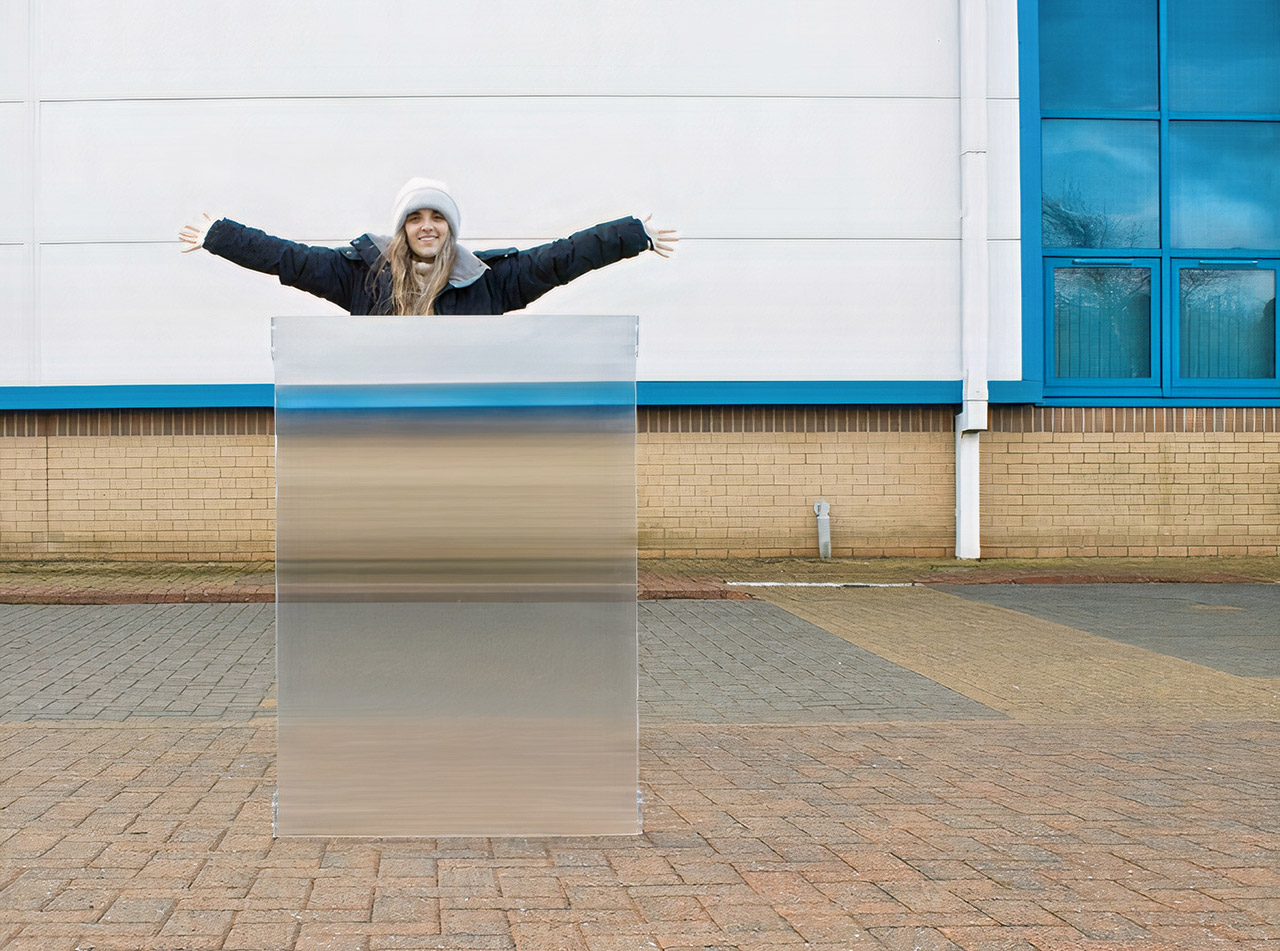 We also tested a range of different optical mounting techniques for adhering the arrays to stronger scaffolds. Our solution, which was essential for making the shields as low cost as possible, preserves 98% of the optical properties of the arrays and completely eliminates the need for toxic resins that might ordinarily be used in such a build,” said the company.