Photo credit: WinFuture
Samsung accidentally leaked official images of their upcoming Galaxy S20 handset, thus confirming the name, which was previously rumored to be the S11, a hole-punch selfie camera, and a tall camera bump. As for accessories, a new case with LEDs, similar to the one Samsung released for last year’s Galaxy S10, in a grey color has been revealed. These were both posted to the official Samsung online store in a European country, but quickly pulled offline. 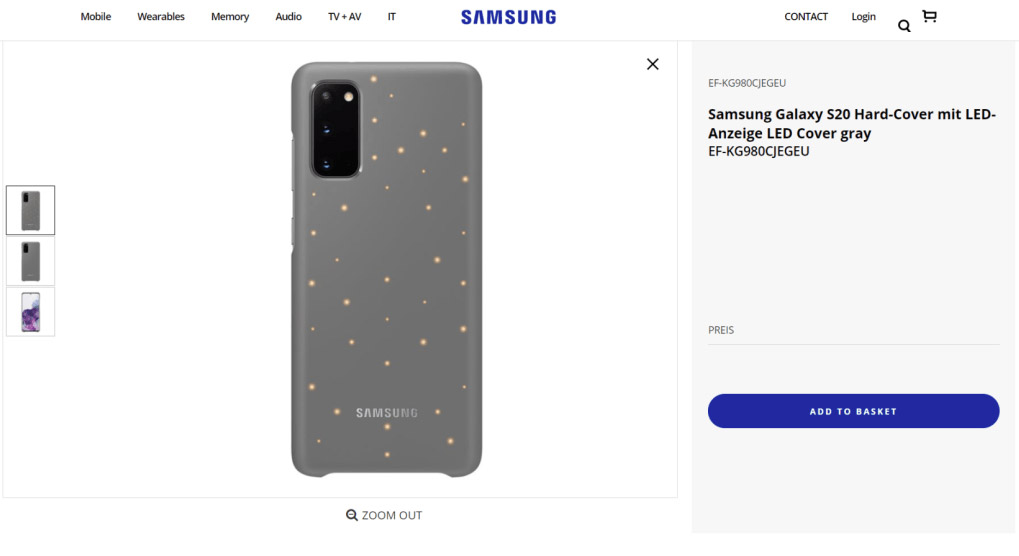 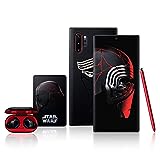 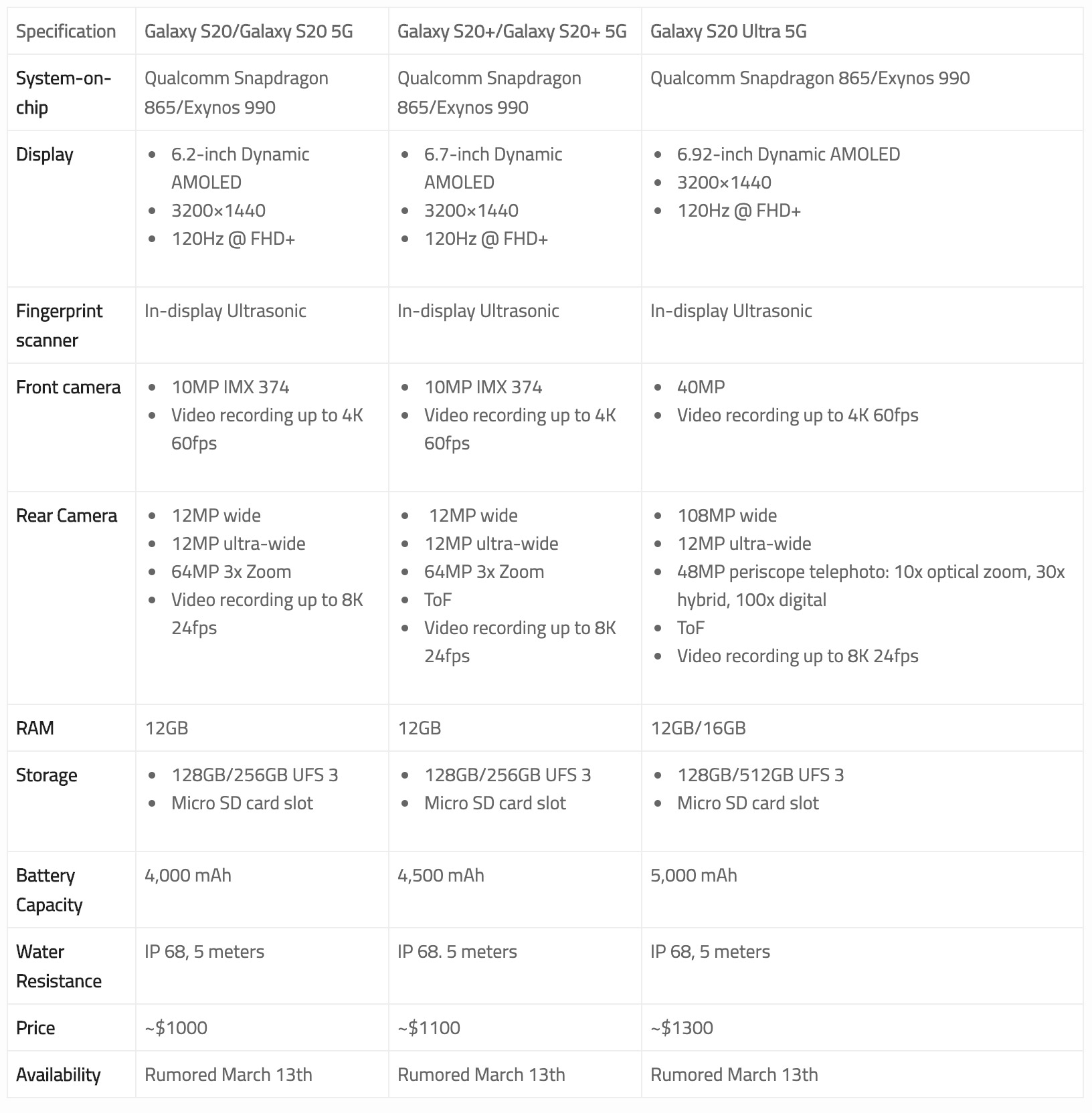