The internet has been in an uproar this week over an alleged time traveler spotted holding an iPhone spotted in an 1860 painting, Die Erwartete (The Expected One), by Ferinand Georg Waldmüller. Unfortunately (or fortunately), this person is not holding an electronic device, but rather a book, though the pose strikingly resembles someone who would be looking at their smartphone while walking down a pathway. 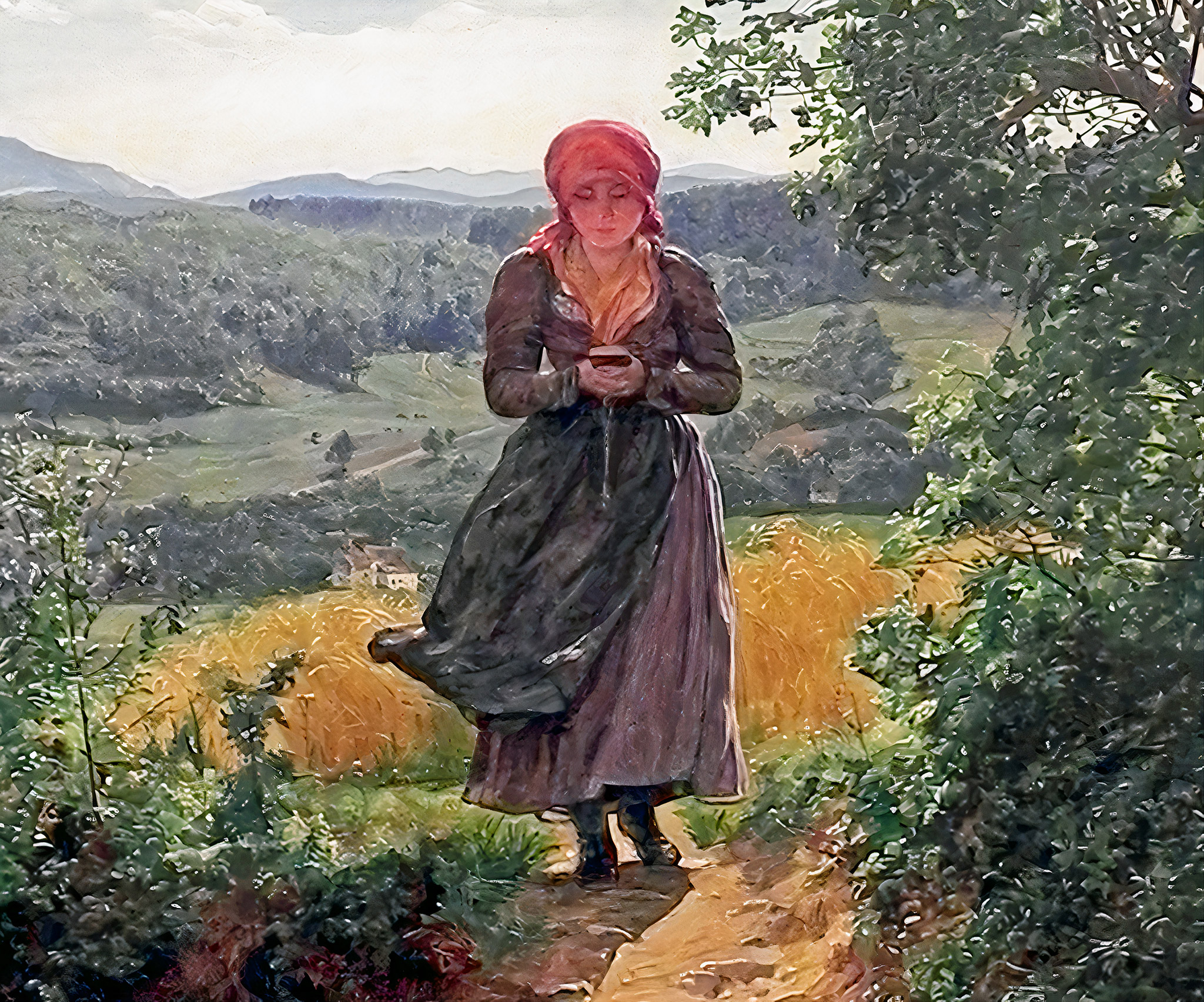 For those into art and want to know a little more about Ferdinand Georg Waldmüller, he was one of the most important Austrian painters of the Biedermeier period (1815-1848). His works accurately capture the human face, fine textures, and the vibrancy of rural everyday life. Some would say that he was ahead of his time, as his works influenced a whole generation of artists.

What strikes me most is how much a change in technology has changed the interpretation of the painting, and in a way has leveraged its entire context,” said Peter Russell, a retired local Glasgow government officer.