Photo credit: Doug DragoX
For those who don’t already know, Microsoft’s Xbox Series X is an upcoming home video game console scheduled for release in late 2020, and successor to the Xbox One. Doug_DragoX on Twitter reportedly leaked a photo showing the rear of this next-gen console and all of its ports, which include two USB-A on the back, one up front, a single HDMI-out, an optical audio port, Ethernet, a power-in, along with several vents. 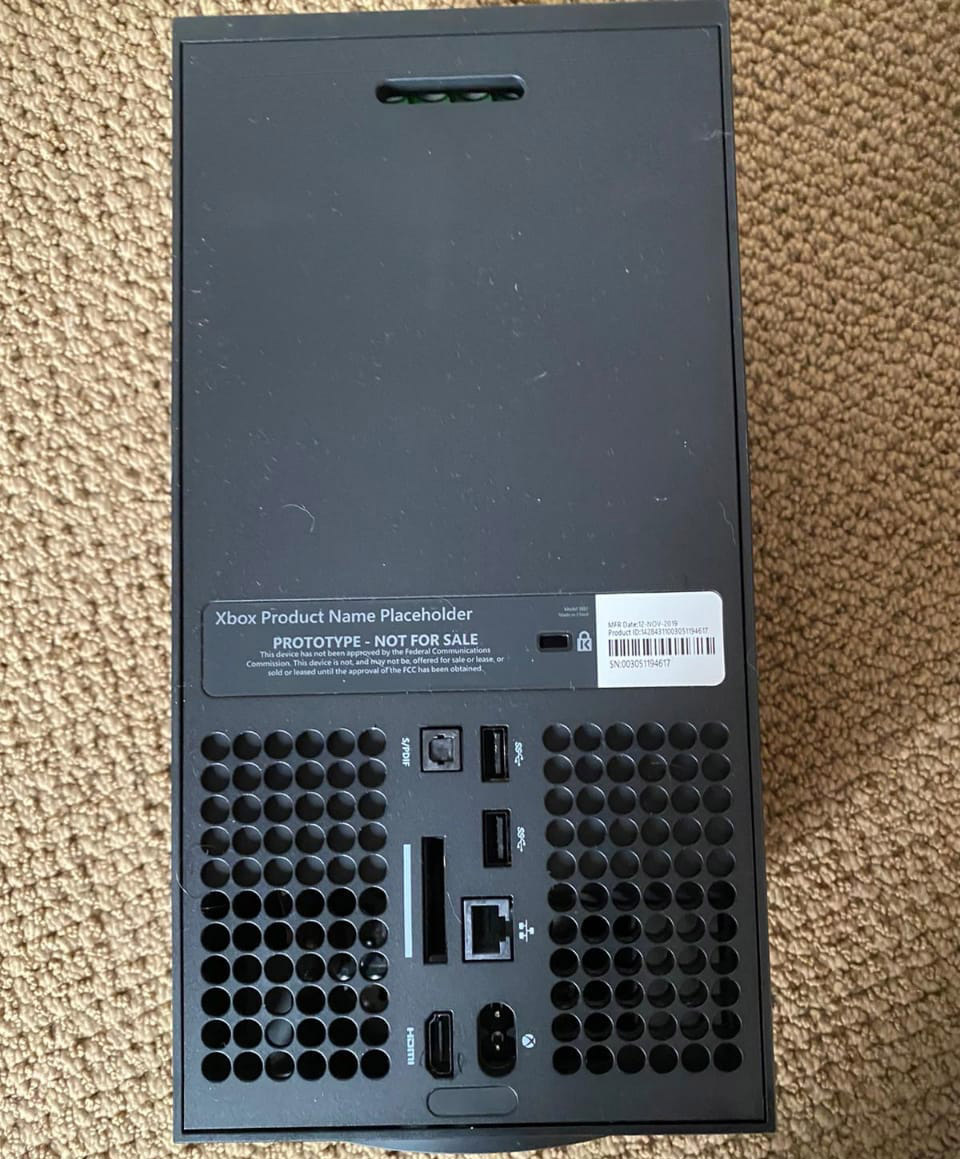 Apparently, the rectangular port you see above is for diagnostics. There’s also a serial number and a label with “Xbox Product Name Placeholder” on it. The console will be four times as powerful as Xbox One X, and powered by AMD’s Zen 2 CPU architecture, RDNA graphics architecture, a custom-designed solid state drive, GDDR6 SDRAM, and support for real-time ray-tracing, up to 120 frames per second rendering, as well as 8K resolution.


New “auto low-latency mode,” “Variable Rate Shading,” and “dynamic latency input” technology, or to be more specific, a new dynamic latency input pathway, enables developers to incorporate potential controller lag into their games and improve responsiveness. An updated version of the Xbox One controller with a slightly more compact ergonomic design, a concave circle pad similar to the existing Elite Controller, as well as a newly-added “Share” button, ships with the new console.