Boom Supersonic, an aerospace company building history’s fastest supersonic airliner, announced this week that their XB-1 test program will be fully carbon neutral through the use of sustainable aviation fuels as well as carbon offsetting. The XB-1 supersonic demonstrator aircraft is designed to prove in-flight the key technologies for safe, efficient and sustainable travel at supersonic speeds.

The company announced its partnership with Prometheus Fuels last year, one of the most innovative companies in the field of sustainable alternative fuels, to supply carbon-neutral jet fuel during the XB-1 test program. Their technology economically removes CO2 from the air and uses clean electricity to transform it into jet fuel, while the electricity used in this process comes from renewable sources like solar and wind. 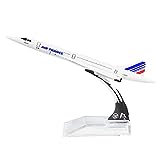 Since Boom’s founding, we’ve been on a mission to make the world dramatically more accessible through supersonic travel. With our commitment to a carbon-neutral XB-1 test program, we’re laying the groundwork for a sustainable supersonic future with Overture,” said Blake Scholl, Founder and CEO of Boom.