British designer Mark Berryman typically works on yachts, but his latest project takes to the skies, literally. This luxury private jet interior not only has a zen-like bedroom, complete with floor accent lighting, but just about everything you’d expect from a penthouse suite. In addition to a record-setting Q4 earnings call, Amazon gave us a first look at their second headquarters planned for Arlington, Virginia. Called “The Helix,” HQ2 is essentially a 350-foot-tall spiraling vertical forest, complete with outdoor walkways lined with trees and plants. Aside from being a workplace for their employees, the company plans on opening it up to the public a few weekends each month. 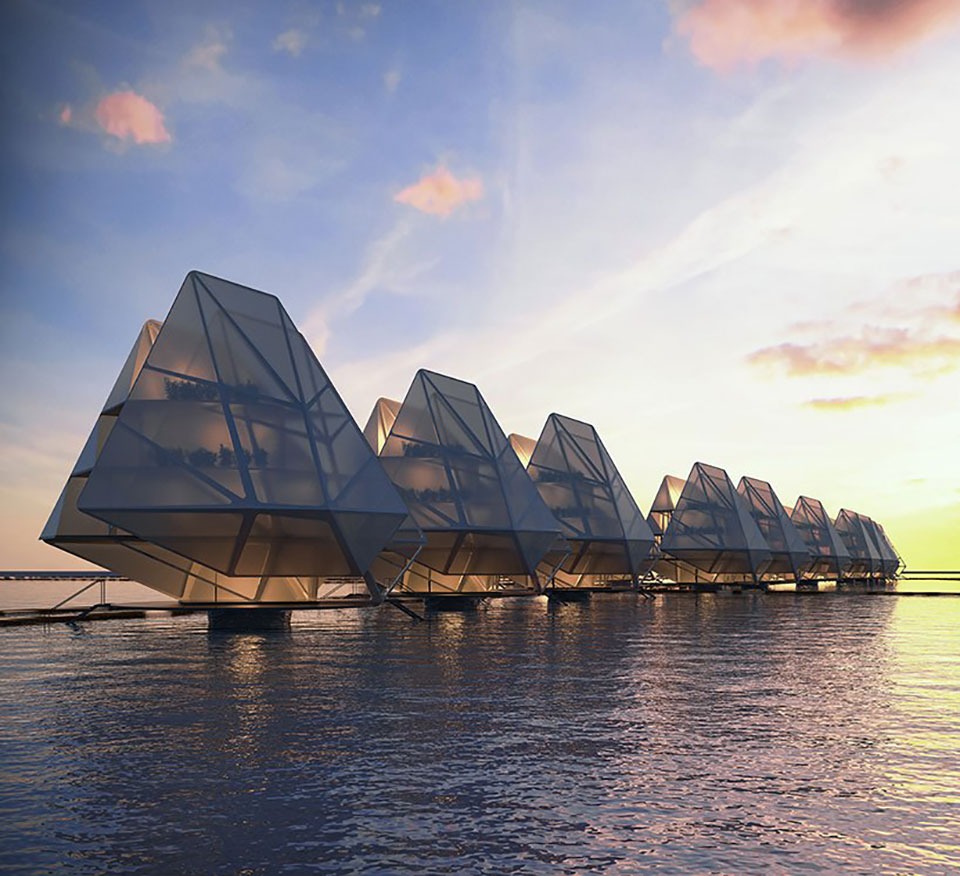 Photo credit: Dada Design
The 1995 film Waterworld is set in the distant future where the polar ice cap has completely melted, and the sea level has risen over 25,000-feet, covering nearly all of the Earth’s land. If this scenario were to ever become a reality, Dada “Currents of Currents” proposal are perfect. Put simply, they are modular floating homes that can easily be setup and transported just about anywhere in the world. Cave homes and hotels are nothing new, but Grant’s creation was several decades in the making. He first moved to Moab, Utah as a young man, and by 1980, he’d gathered enough money to purchase 40 acres of undeveloped land near Boulder. For the next 25 years, he lived in a trailer without running water or electricity, while learning to grow his own food. As he led horse back riding treks on his land in 1996, he started blasting into the side of a large bedrock.