Most gamers know that Minecraft has players exploring a blocky, procedurally-generated 3D world with infinite terrain. In this world, you may discover as well as extract raw materials, craft tools or items, and build structures / earthworks. What if music was a major part of this game? One gamer decided to up play Minecraft using only a real-life MIDI keyboard.

This keyboard was used to do everything from hitting trees to the ender dragon. How does it work? Put simply, some of the keys enable the player to move the cursor up or down, while others are mapped for movement, similar to that on a PC (WASD). The movement isn’t smooth to say the least, but rather like using the arrow keys on a keyboard or similar to a gamepad. 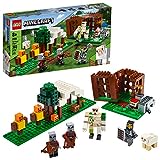 B4 made my mouse move five pixels per 200ms to the left while being held, C#5 did the same but upwards, D5 was down, and F5 was right. D#5 was scroll down so I could go through my hotbar easily, and C5 and E5 were left and right click respectively. That’s how I was able to move my mouse in-game and in my inventory,” said the gamer.