It’s not a simple task to produce glass objects using 3D printing technologies, as just a few groups of researchers around the world have attempted this feat using additive methods. There have been objects made by printing molten glass, but one disadvantage is that this requires extremely high temperatures and heat-​resistant equipment. Other methods include powdered ceramic particles that can be printed at room temperature and then sintered later to create glass, but the resulting sculptures are not complex to say the least. ETH Zurich researchers have devised a method to change all of this.

This new method is based on stereo-lithography, or to be more specific, one of the first 3D printing techniques developed during the 1980s. David Moore, Lorenzo Barbera, and Kunal Masania in the Complex Materials group led by ETH processor André Studart have invented a special resin that contains a plastic, along with organic molecules to which glass precursors are bonded. This resin can then be processed using commercially available Digital Light Processing technology, which means an object can thus be built up layer by layer. 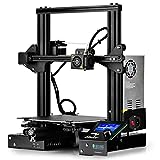 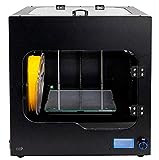 We discovered that by accident, but we can use this to directly influence the pore size of the printed object,” said Masania.