Photo credit: Performance Auto Gallery
Manufactured by John DeLorean’s DeLorean Motor Company from 1981 through 1983, the DMC-12, designed by Giorgetto Giugiaro, is best known for its gull-wing doors, brushed stainless-steel outer body panels, and fiberglass body structure with a steel backbone chassis. However, many auto enthusiasts were disappointed with its lack of power and performance, that is until…after 1985 when it became immortalized as a time machine in the Back to the Future movies.

This particular example was part of a private museum in Nebraska from 1990 – 2018, and is all-black due to it initially being a “mule”, which refers to their black fiberglass panels instead of stainless. It’s still powered by a Peugeot-Renault-Volvo V6 engine generating 130 hp and 153 lb-ft of torque, mated to a five-speed manual. 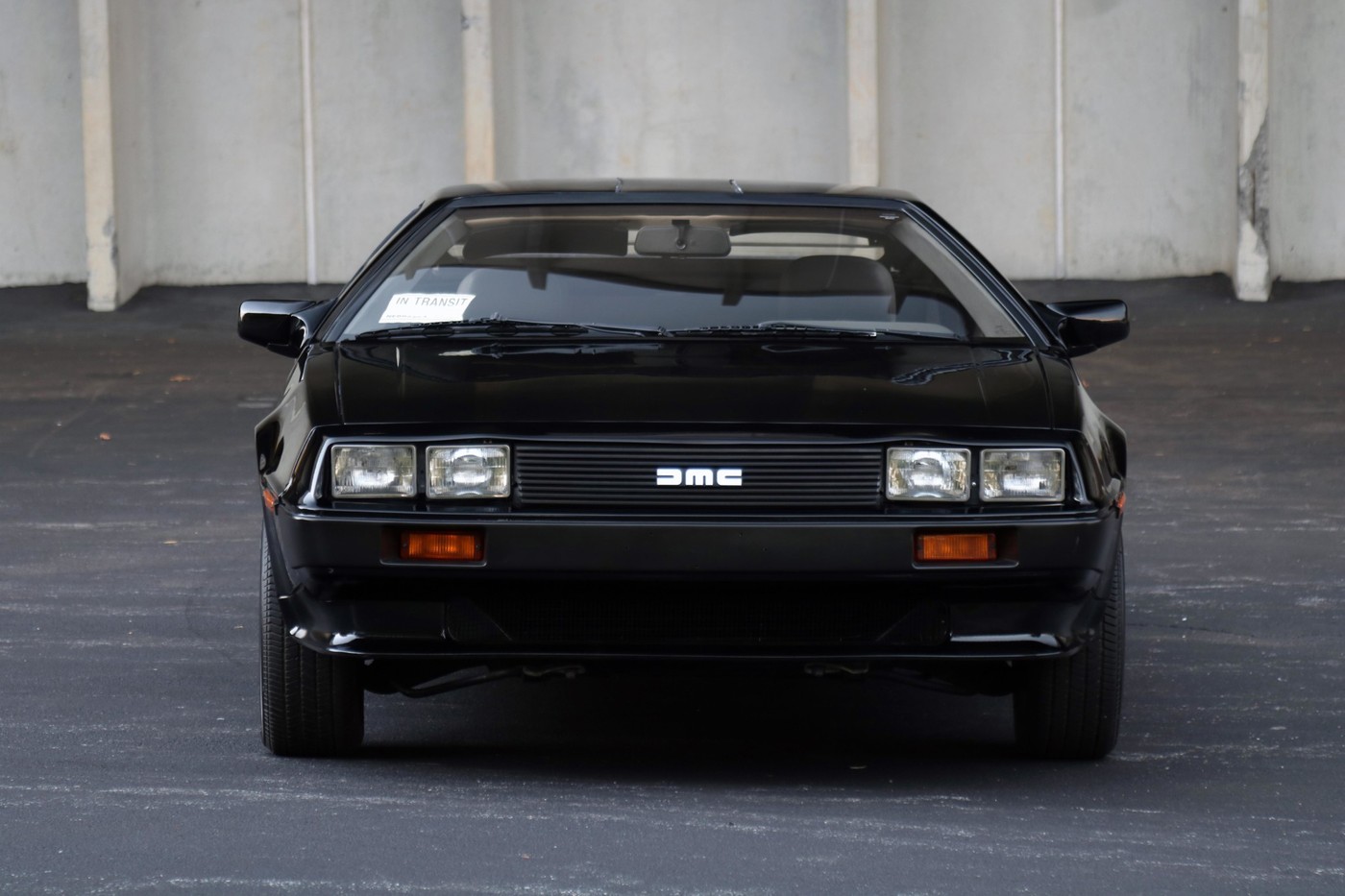 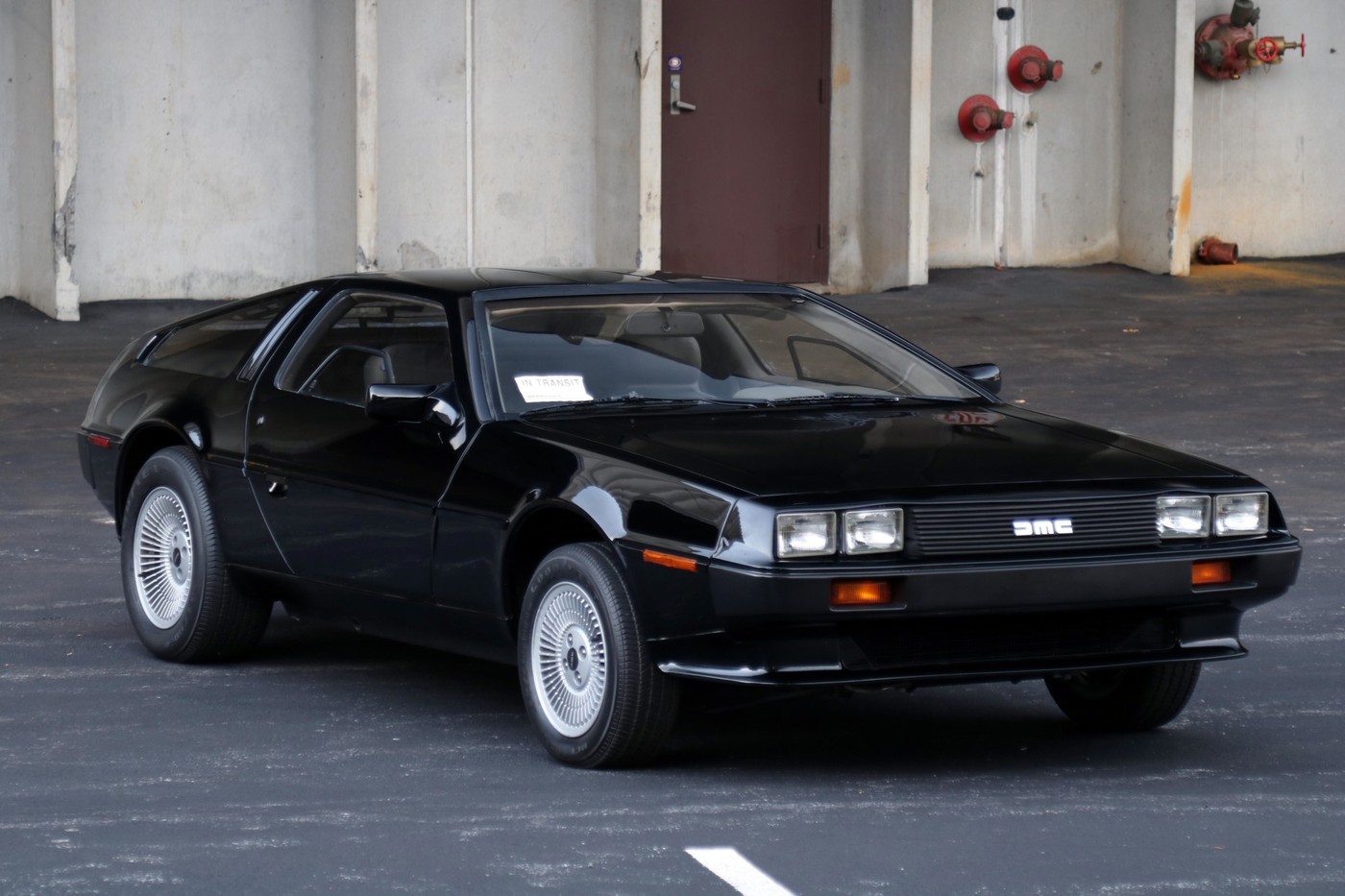 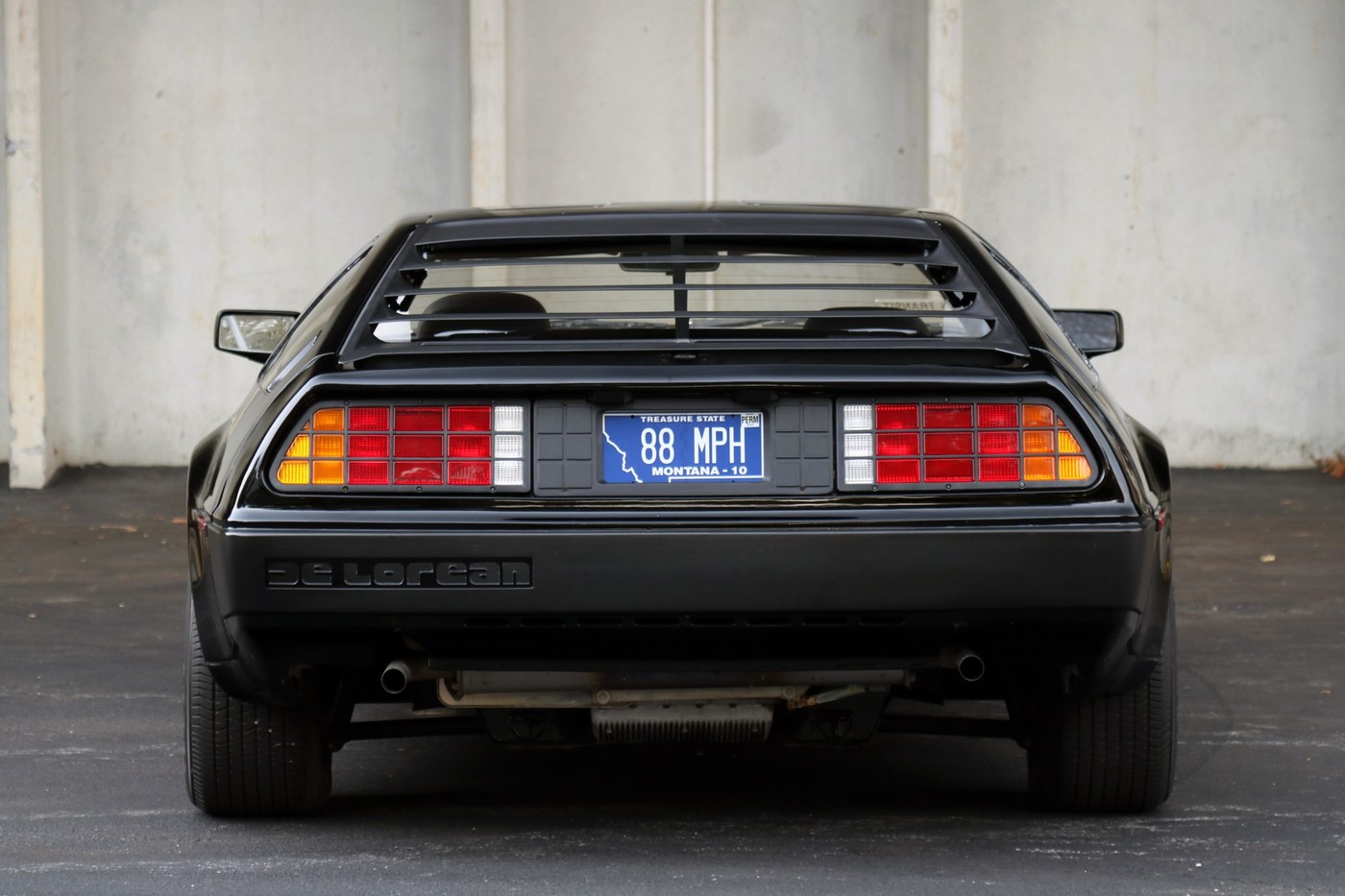 In January 2019, this vehicle did get an upgraded radiator, distributor, injectors and headliners. In addition to its staggered 14″ front / 15″ rear cast-alloy wheels, you’ll find matching gray leather upholstery and high-back bucket seats in the interior. There’s approximately 6,000-miles on the odometer and it sold for $31,751 on Bring a Trailer. 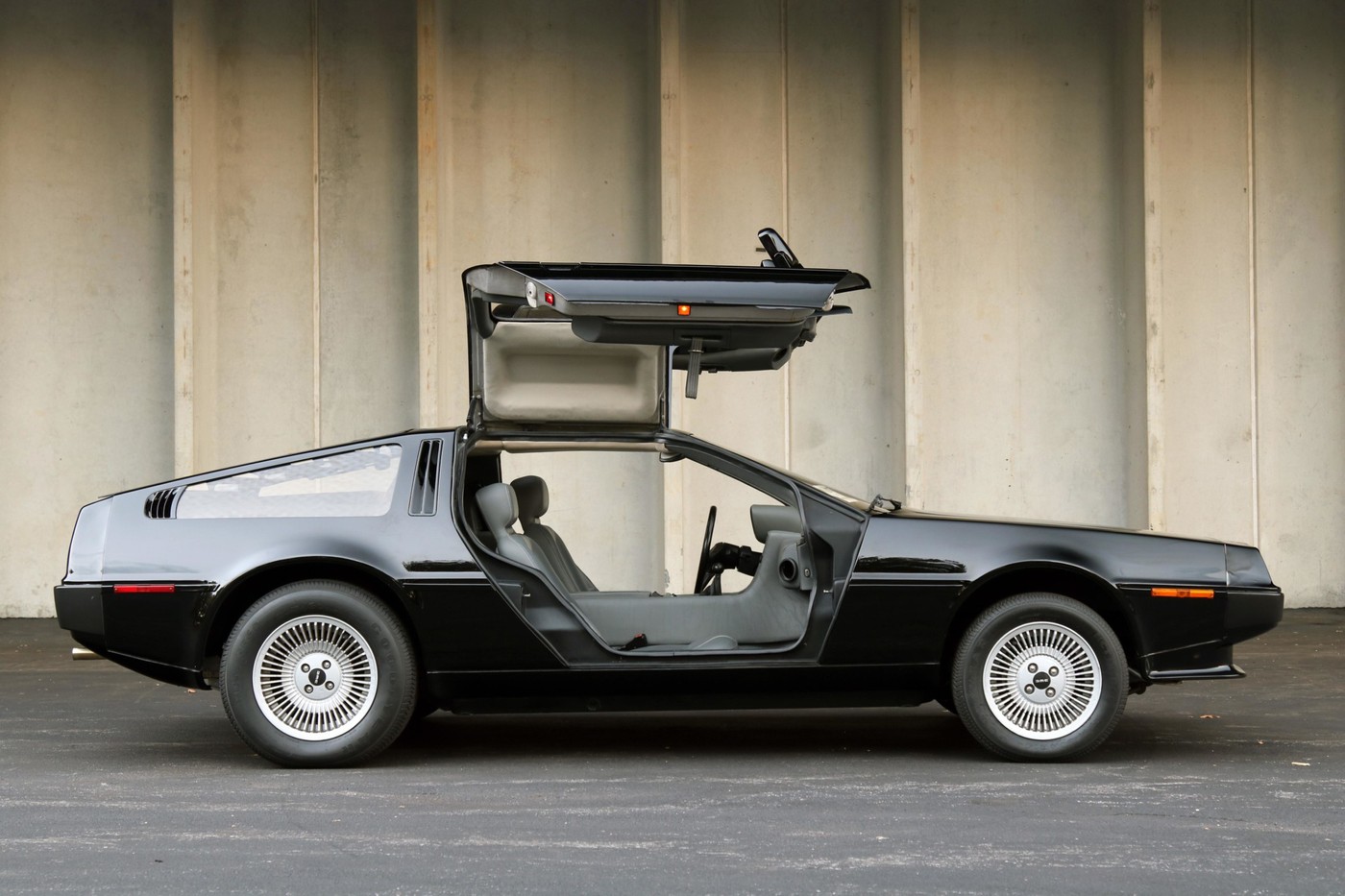 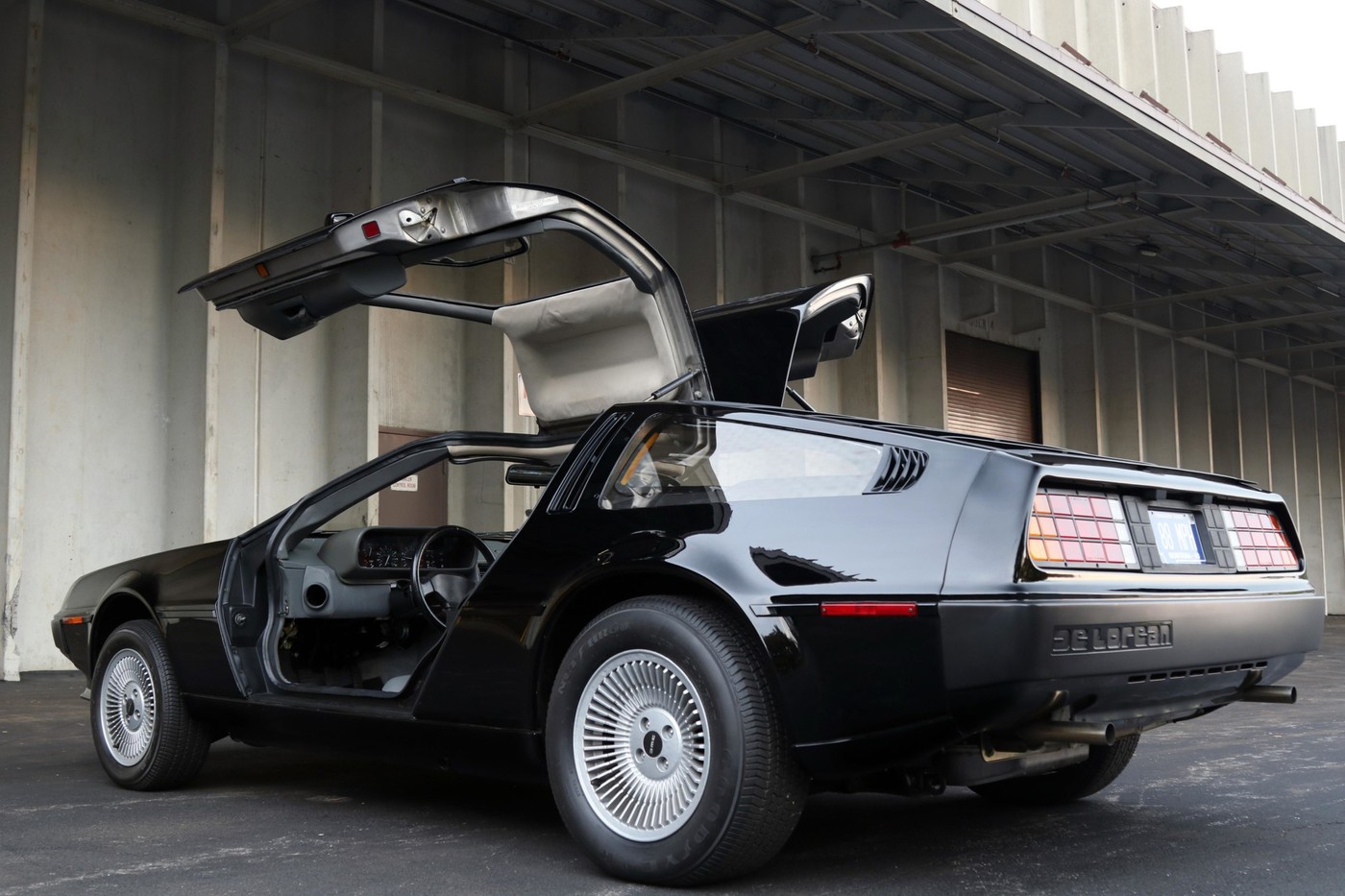 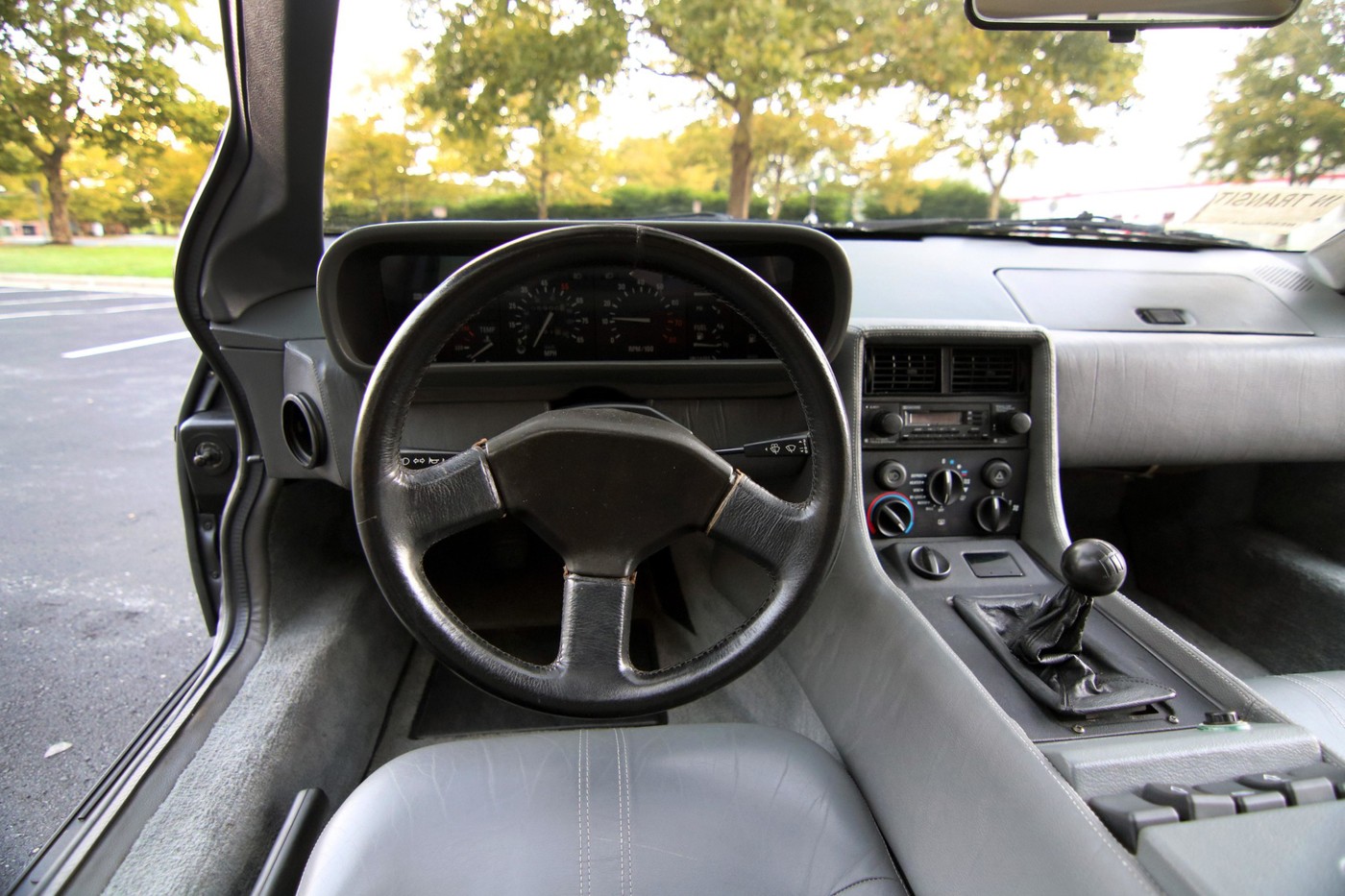 Just how fast is this vehicle straight from the factory? DMC said the DeLorean could accelerate from 0–60 mph in 8.8-seconds, when equipped with a manual transmission or 10.5-seconds when paired to an automatic transmission. Unfortunately (or fortunately), the car’s top speed is 110 mph, which is more than enough to time travel, or at least according to the movies.