The European Space Agency has created a short film of the Korolev crater using an image mosaic made from single orbit observations from the High Resolution Stereo Camera (HRSC) on Mars Express. These images combines data from the HRSC nadir and color channels, with the former aligned perpendicular to the surface of Mars, as if looking straight down. Next, the mosaic was combined with topography information from the stereo channels of HRSC to generate a three-dimensional landscape.

Korolev crater is situated on the northern polar plain which surrounds the north polar ice cap, near the Olympia Undae dune field. The ice you see is permanently stable because the crater acts as a natural cold trap. To be more specific, the thin Martian air above the crater ice is colder than air surrounding the crater, thus forming a protective layer, insulating the ice, shielding it from melting or evaporation. 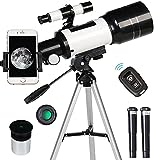