NASA’s Hubble Space Telescope managed to capture stunning images of comet C/2019 Y4 (ATLAS) between April 20-23, 2020, giving us the clearest views yet of it disintegrating. The telescope managed to identify 30 fragments on April 20th, and then another 25 on April 23rd, all enveloped in a sunlight-swept tail of cometary dust. 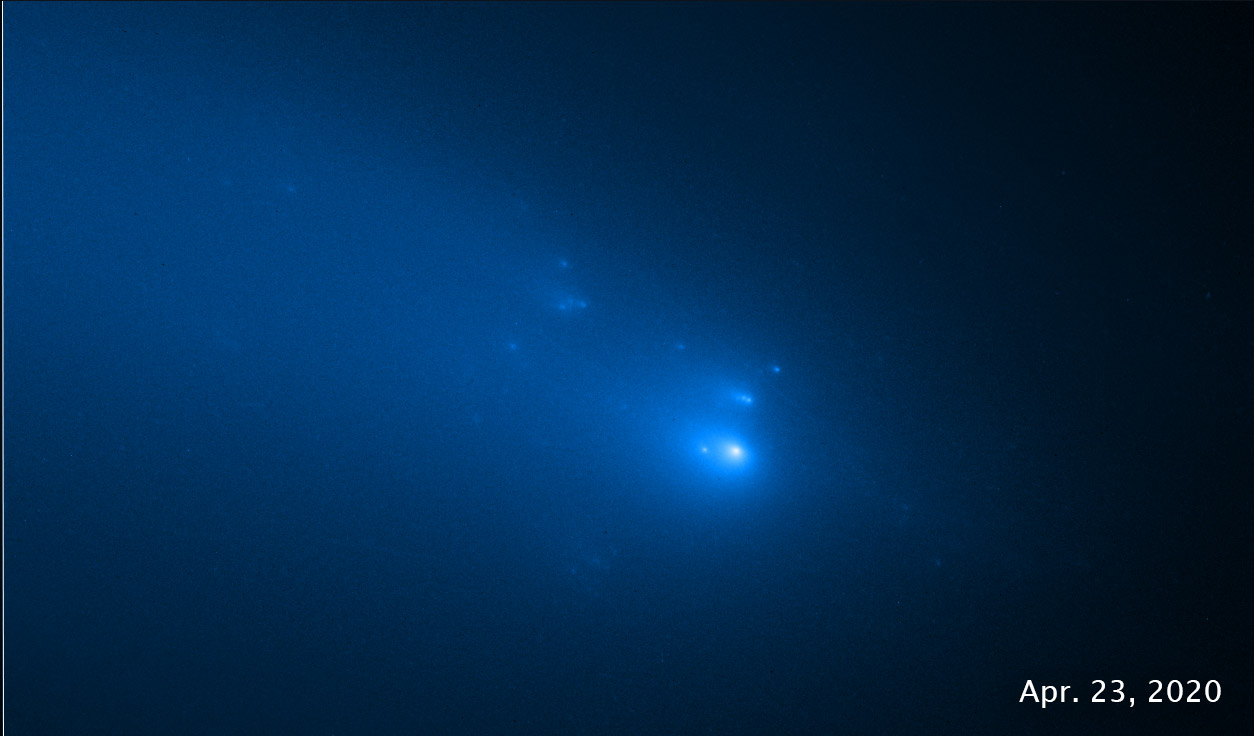 Researchers say that the results are evidence that comet fragmentation is quite common, and might even be the dominant mechanism by which the solid, icy nuclei of them die. Since it happens quickly and unpredictably, astronomers remain largely uncertain about what causes this phenomenon. Hubble’s sharp images may provide new clues to the breakup, as it can distinguish pieces as small as the size of a house.

This is really exciting — both because such events are super cool to watch and because they do not happen very often. Most comets that fragment are too dim to see. Events at such scale only happen once or twice a decade,” said the leader of a second Hubble observing team, Quanzhi Ye, of the University of Maryland, College Park.