The GoPro MAX has officially been launched, and it’s actually a three in one device: a traditional HERO-style single lens shooter, a front-screened vlogging camera, and an immersive spherical capture. This is possible due to its two main lenses – one on either side, while still being waterproof up to 16-feet and utilizing GoPro’s HyperSmooth digital video-stabilization technology to shoot video at a maximum resolution of 1080p/30fps. More information.

You can also switch between four digital lenses, which offer four different fields of view: narrow, distortion-free linear, wide, and Max SuperView.
When it utilizes both of its main lenses and all six built-in microphones at once, you’ll be able to capture immersive 360° 6K/30fps video / audio, complete with the ability to pan and tilt within the device. 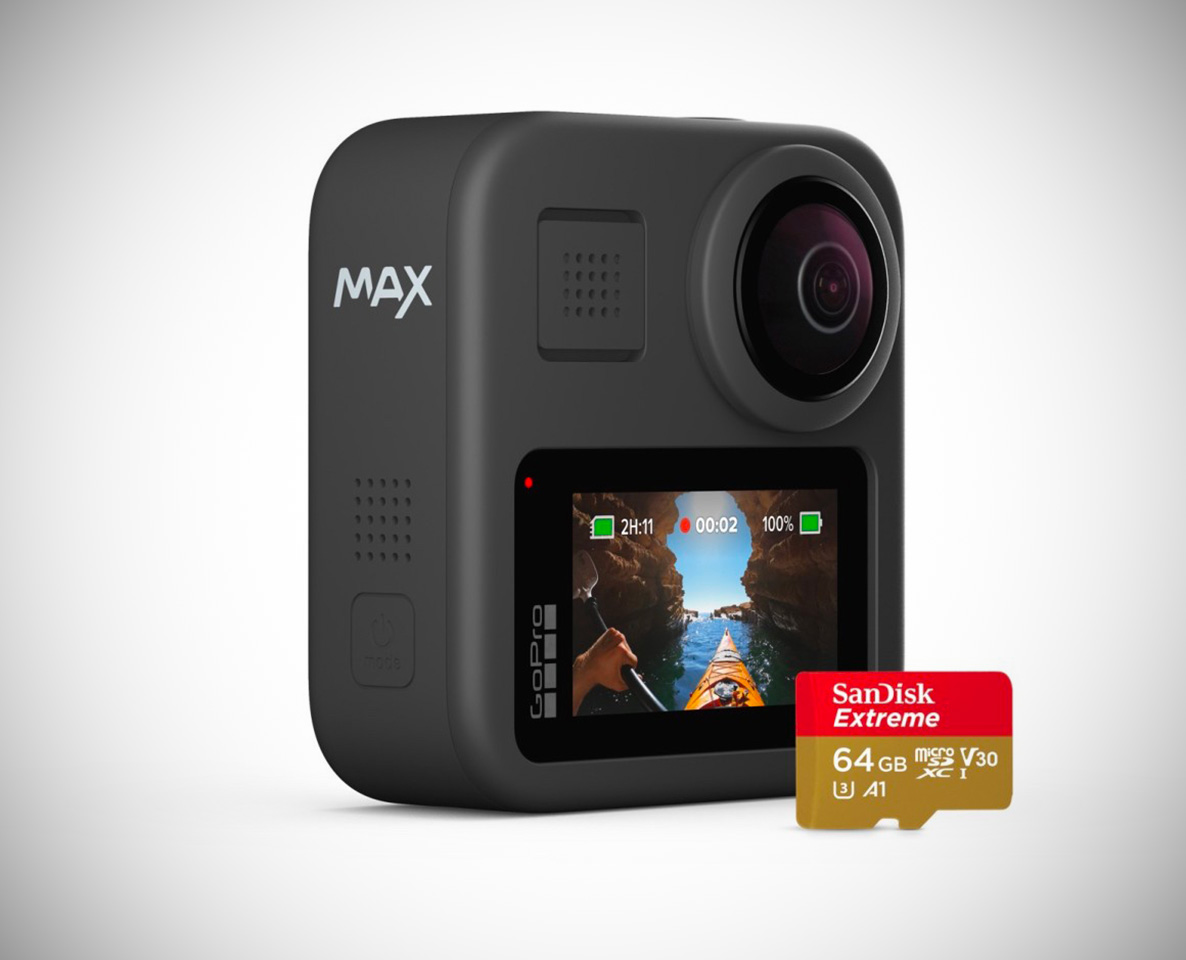 The handy touchscreen display offers direct control, but if you need to find tune any settings, switch between modes, etc., make sure to download the free iOS / Android GoPro App on a compatible device. Other bonuses include fold-away mounting fingers on the bottom, the capability to 1080p live-stream, voice control, and the options to shoot time-lapse / slow-motion video as well as panoramic stills.