Photo credit: Shlomi Katzin / Israel Antiquities Authority
Israeli diver Shlomi Katzin came across a 900-year-old sword that dates back to the time of the Crusades on the sea bed off the Carmel coast. It became visible due to the shifting sands and was completely covered in shells and other remnants of sea life.

Due to the fact that the sword was discovered more than 600-feet from the coast suggests it was a Crusader’s weapon, as Muslim forces built fortifications along the coast as defenses against arriving Christian forces but they did not traverse the sea themselves. Unfortunately, it’s still covered entirely in encrustations, so a thorough examination of the artifact is not yet possible. 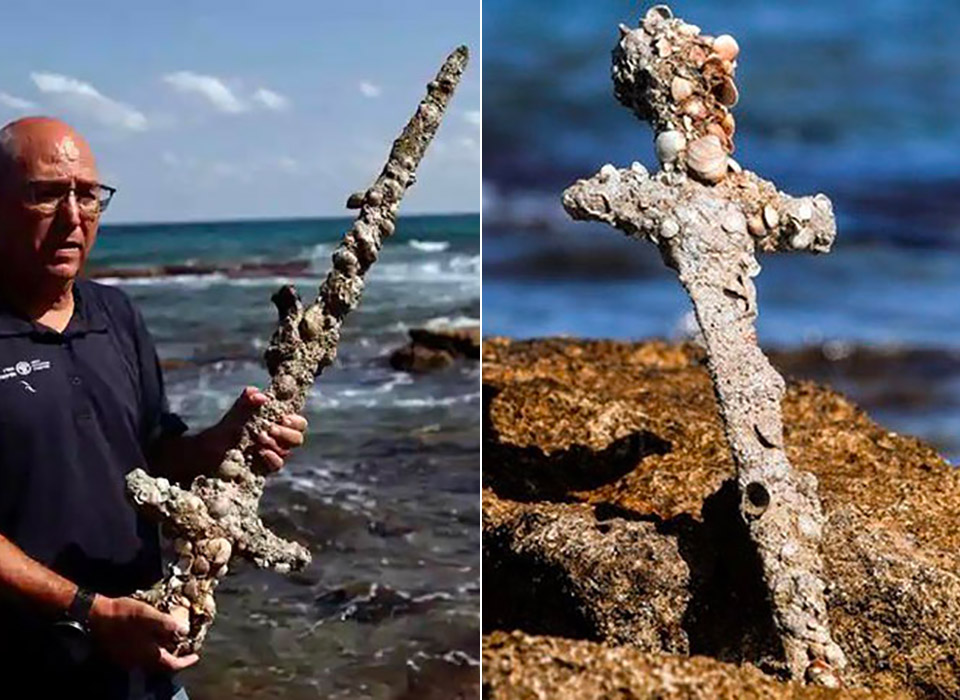 The sword, which has been preserved in perfect condition, is a beautiful and rare find and evidently belonged to a Crusader knight. It was found encrusted with marine organisms, but is apparently made of iron. It is exciting to encounter such a personal object, taking you 900 years back in time to a different era, with knights, armor and swords,” said Nir Distelfeld, inspector for the Israel Antiquities Authority’s (IAA) robbery prevention unit.