If you’re a LEGO fan that loves challenges, the new Colosseum set should provide you with countless hours of building fun. Why? It’s the largest LEGO set yet, consisting of 9,036 pieces. No detail was spared, as it recreates the incredible architecture of the original Roman amphitheater. Featuring three distinct stories, each of which are adorned with the columns of the Doric, Ionic and Corinthian orders, faithfully recreated in LEGO brick form.

Modeled as close as possible to the real-life Colosseum means including 80 ‘ribs’ in the spectator stand, using three different shades for the bricks and on an oval base that allows you to showcase the stunning work of art in 360-degree fashion. You’ll be able to view the arches, that have been recreated with LEGO brick detailing, directly into the center of the Colosseum from the outside, just like you would in Rome. Available November 27th, priced at $549.99 USD. 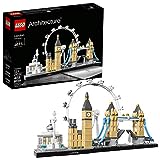 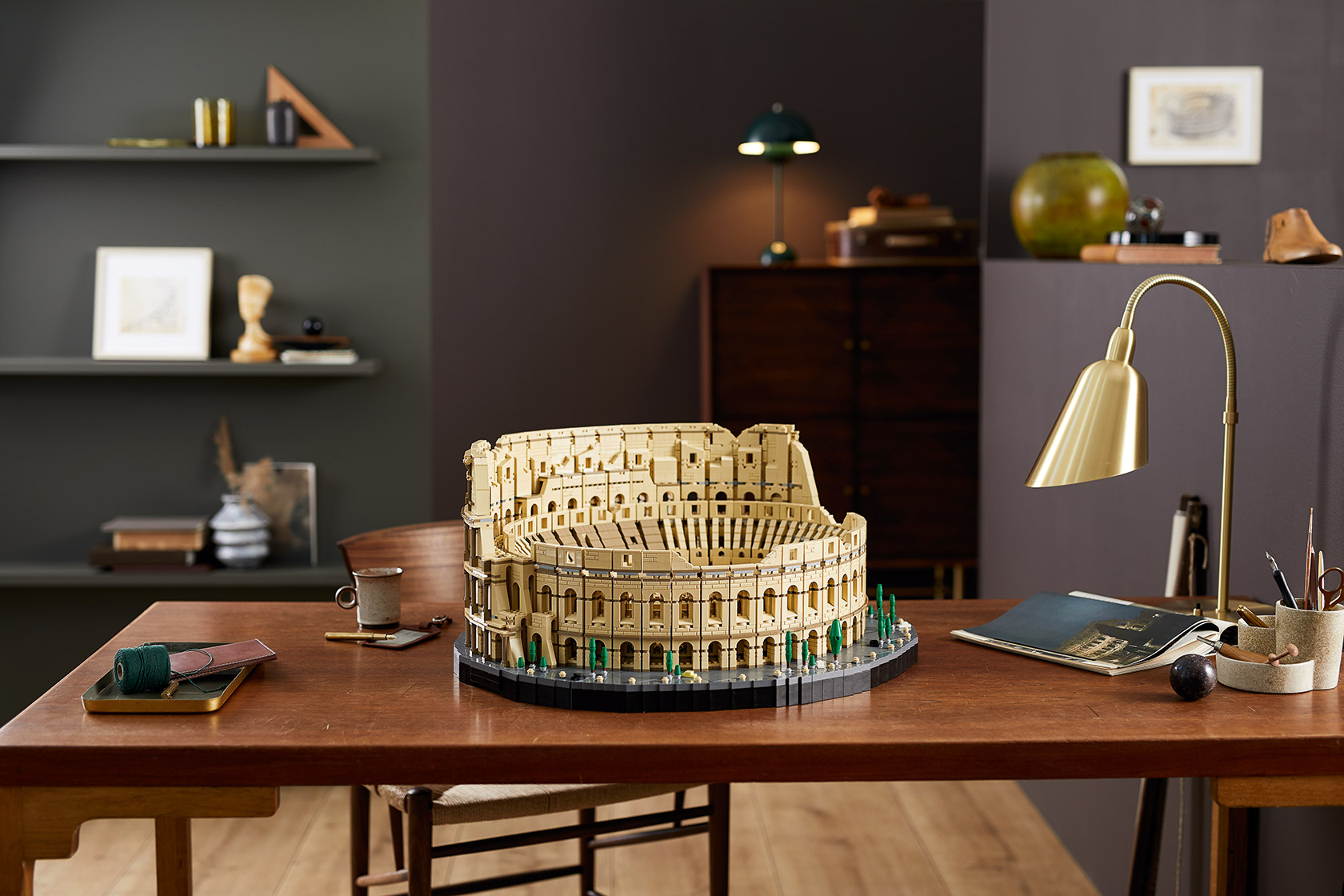 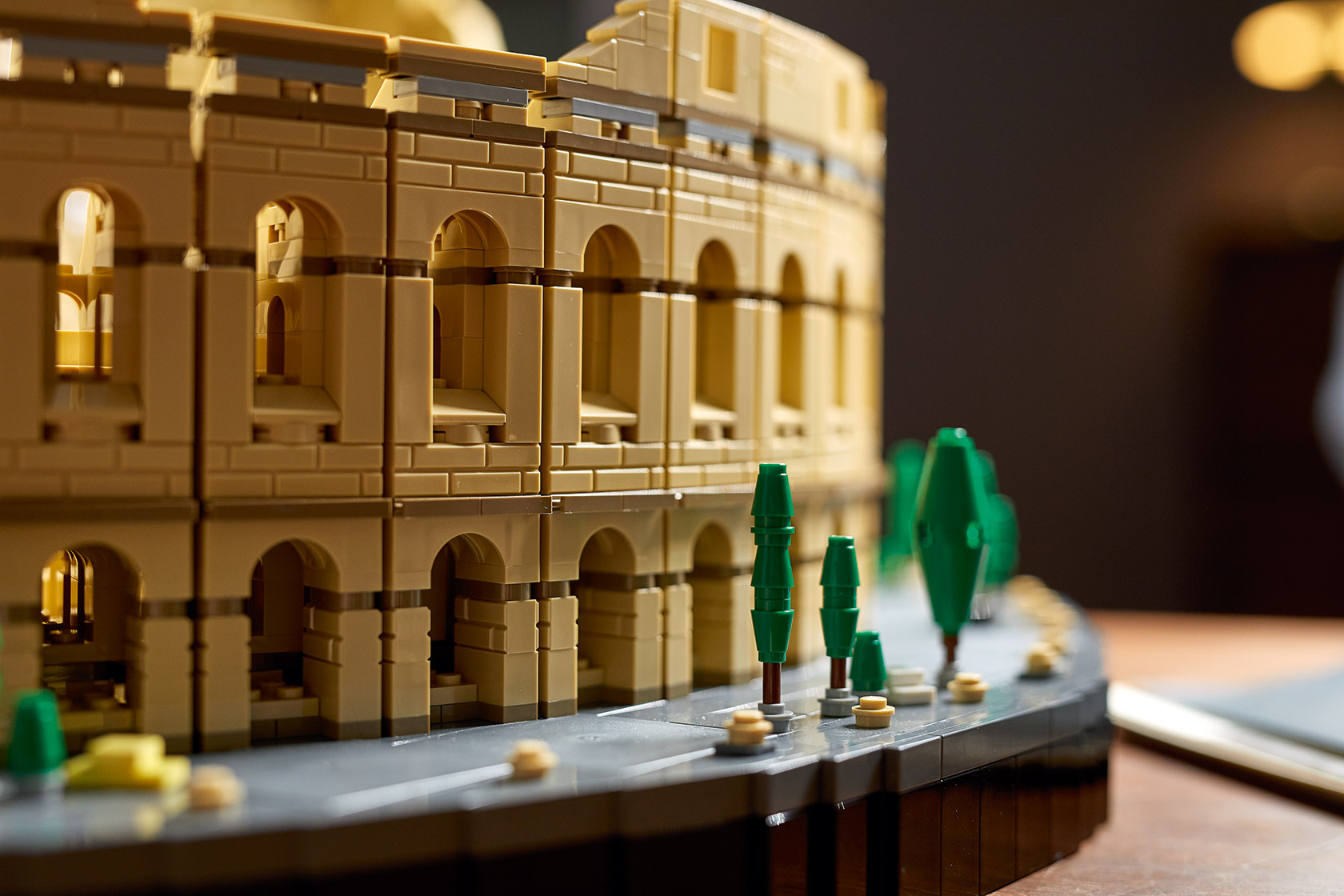 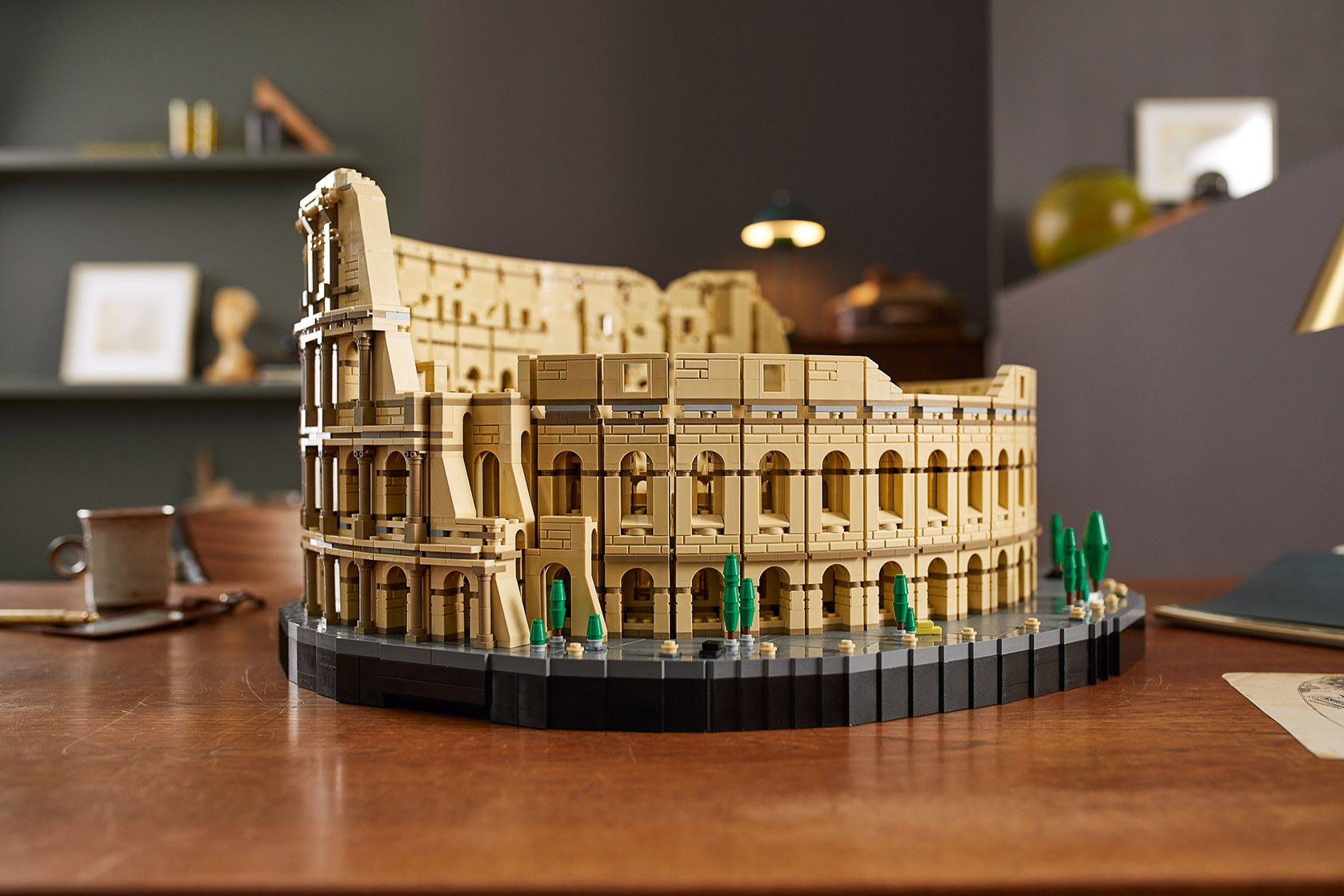 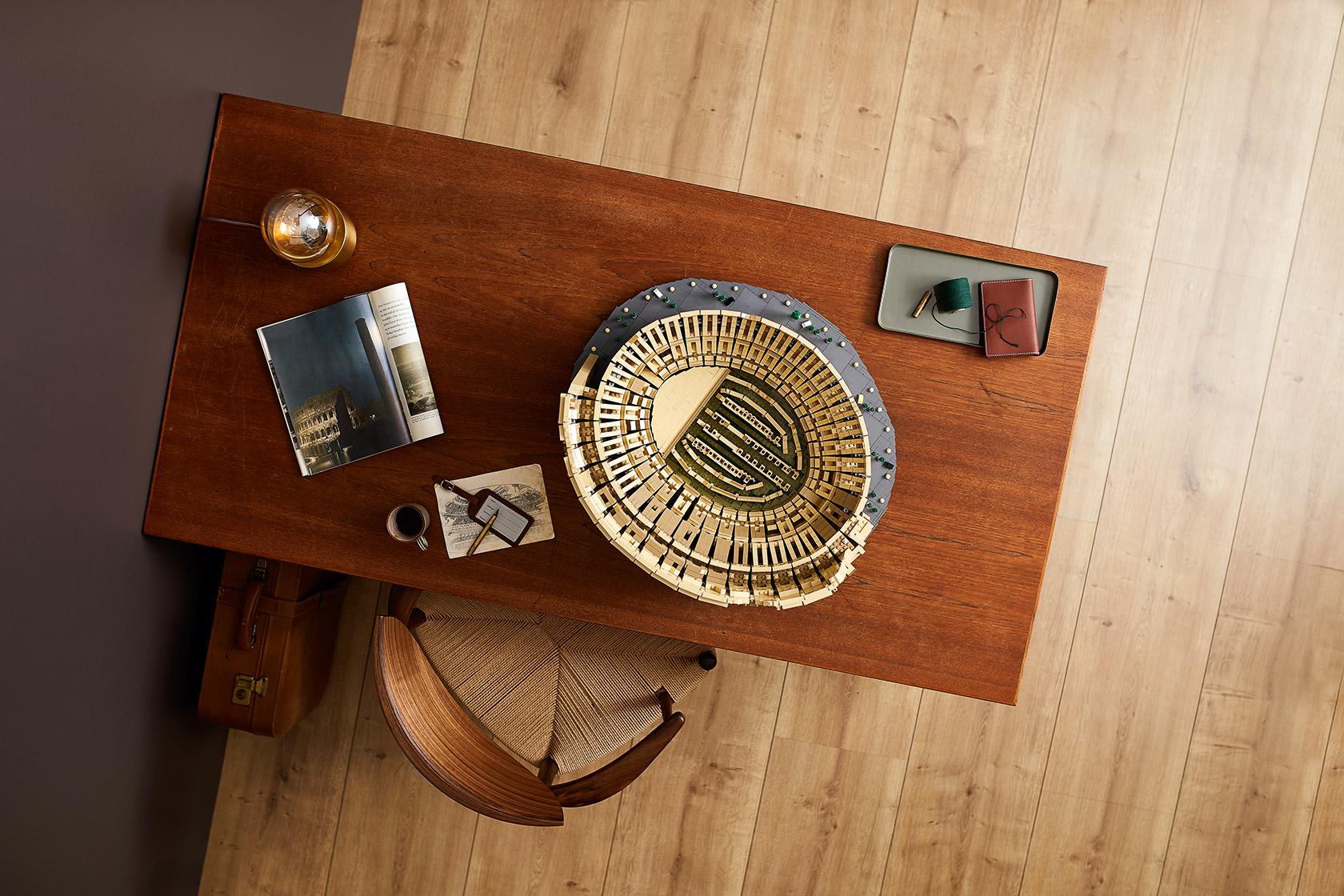 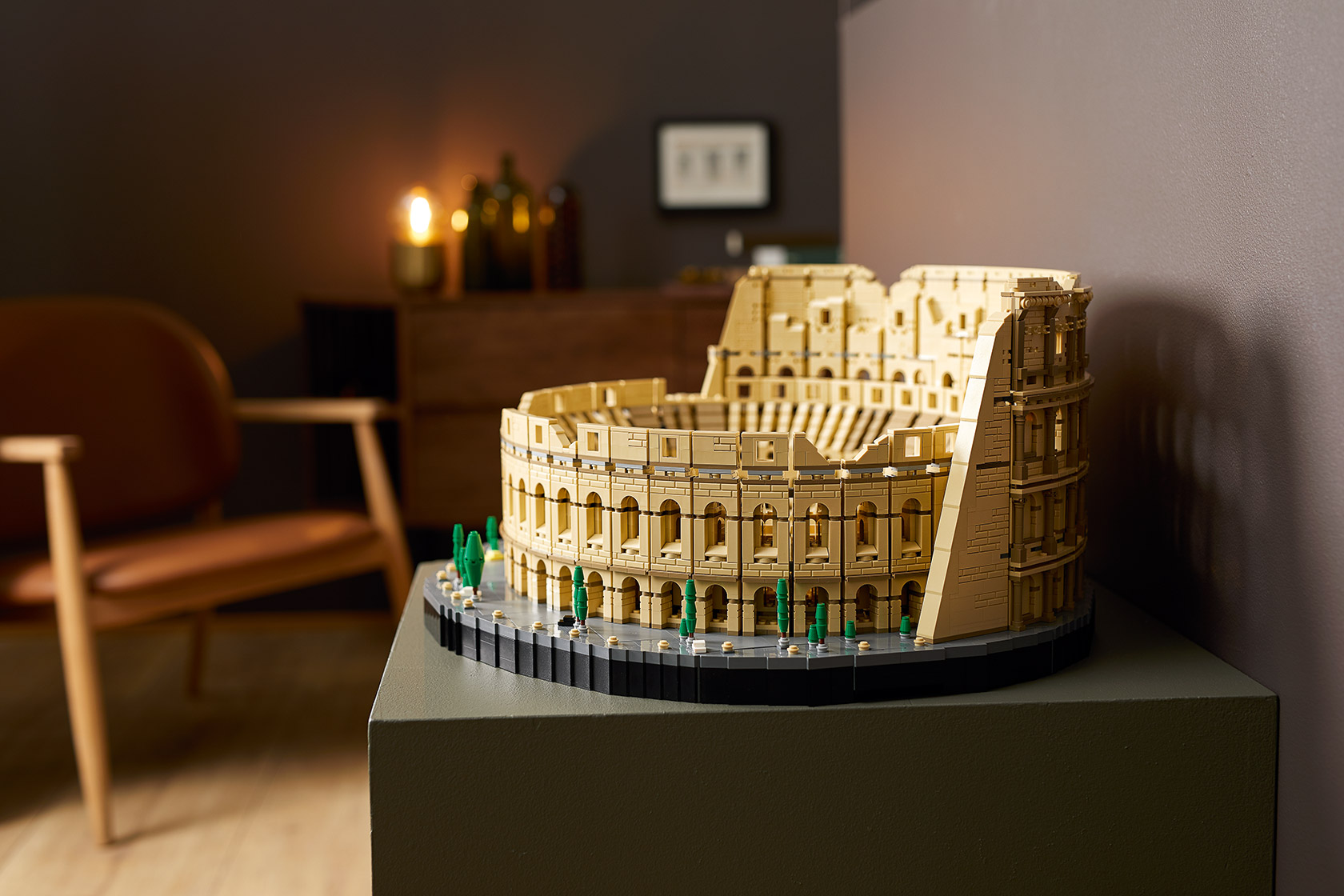 One of the biggest challenges and one of the most important things was to convey the Colosseum’s monumentality in the LEGO form. I felt that the LEGO model should display a special architectural feature of the original – the rows of columns flanking the arches in different styles. To achieve that, the model is constructed using the effect of vertical exaggeration. The cross-section is therefore far steeper than on the real structure. Hopefully, people will be inspired to learn more about the original through the experience of building the LEGO model,” said set designer Rok Žgalin Kobe.