AirPower was first announced by Apple way back on September 12, 2017 at their annual press event, with an originally planned release date of some time during 2018. After several delays, which lead to wide speculation over the product’s future, Apple officially cancelled the project on March 29, 2019. This week, Mophie introduced their 3-in-1 Wireless Charging Pad.

Available now through the apple.com website and next week at select Apple Stores, this wireless charging pad is designed to safely deliver up to 7.5W of power to any Qi-enabled iPhone, AirPods, or the Apple Watch. Simply place the wireless device on the pads and it begins charging immediately. Unlike its competitors, this accessory can charge an iPhone, AirPods and the Apple Watch, all from a single location. 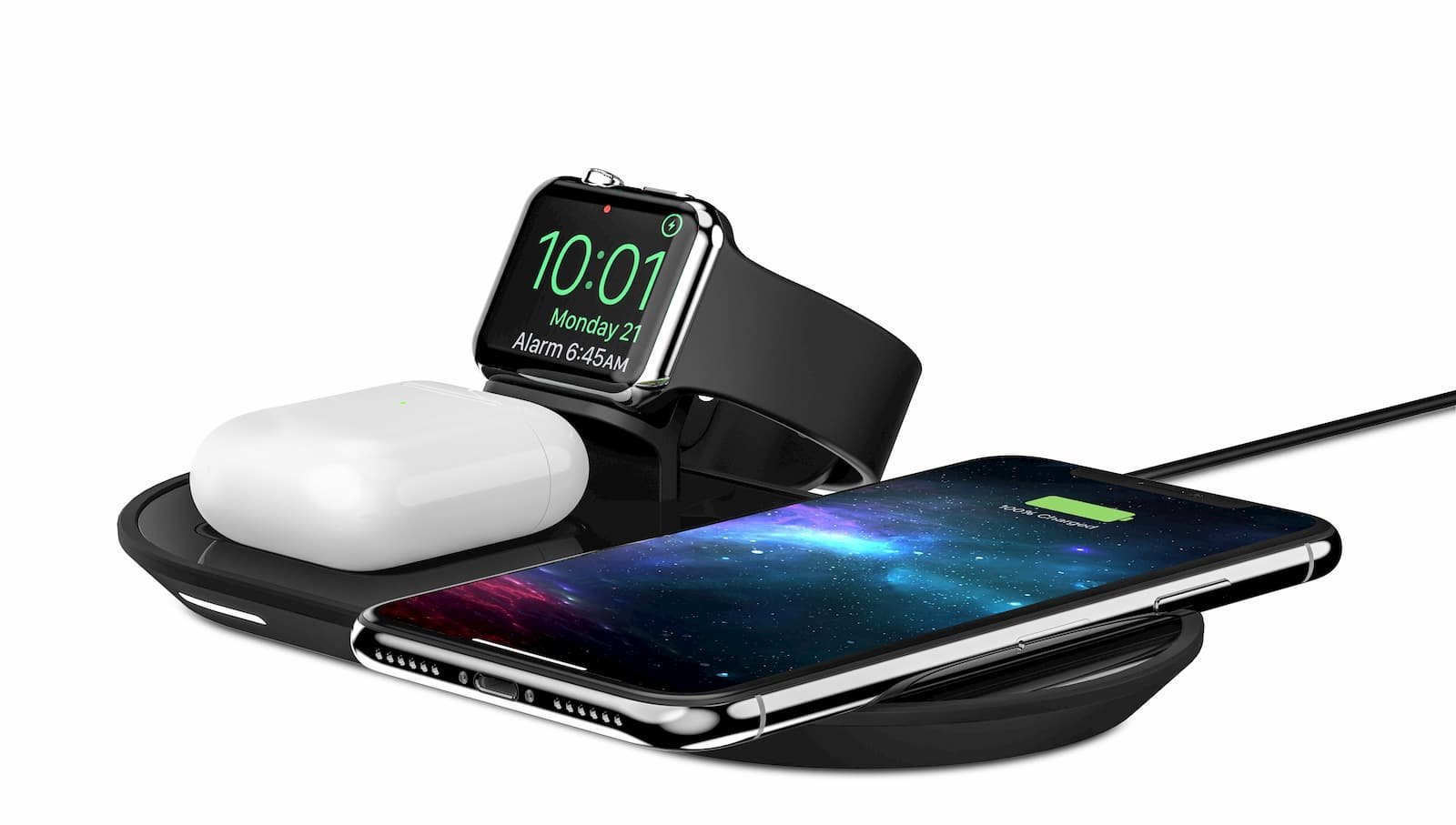 There’s a dedicated slot built just for AirPods, and an integrated charging stand for the Apple Watch that holds it at the perfect angle for Nightstand Mode with a clear view of the screen. The Mophie 3-in-1 Wireless Charging Pad retails for $139.95, but we expect some type of discount during Black Friday.