Modder Sam Battle modified a Power Glove into a gesture controller for a modular synthesizer setup. Simply bend your fingers to adjust the filter cutoff, pitch, pulse width and volume. The resulting music is other worldly to put it lightly. To keep things interesting, Sam also made an animatronic hand capable of receiving input from the synth to control the glove. 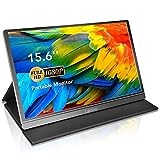