You’ve probably seen the SpaceX Starship in some form or another and wondered what the interior looked like? Well, since it’s intended to function both as a second stage to reach orbital velocity on launches from Earth, the upper stage could be used in outer space as an on-orbit long-duration spacecraft. Think of it as a high-tech space station designed for beyond Earth orbit (BEO) launches to Mars.

However, the most important function of the Starship is its ability to re-enter Earth’s atmosphere and autonomously land on a designated landing pad. The company states that ultimately it will be able to achieve “airline levels” of safety due to engine-out capability. In space, the spacecraft will be capable of automatic rendezvous and docking operations, while performing on-orbit propellant transfers between Starships. 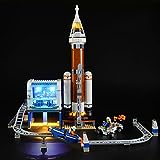