Photo credit: Elon Musk
Elon Musk posted new images of SpaceX’s its space-bound orbital prototype to be used on the next-generation Starship spacecraft located on the Texas site. The images show the rotation of a large circular, dome-shaped bulkhead (30-feet in diameter) before its installation. As you can see, the bulkhead makes up the interior structure of Starship, dividing it into compartments.

If you haven’t been keeping up to date on the latest SpaceX news, and are not sure what Starship is, it’s basically the fully reusable second stage and spacecraft of the SpaceX BFR “Super Heavy” rocket. The spacecraft will be used for long-duration cargo as well as carrying passengers, and is the BFR’s integrated payload section. 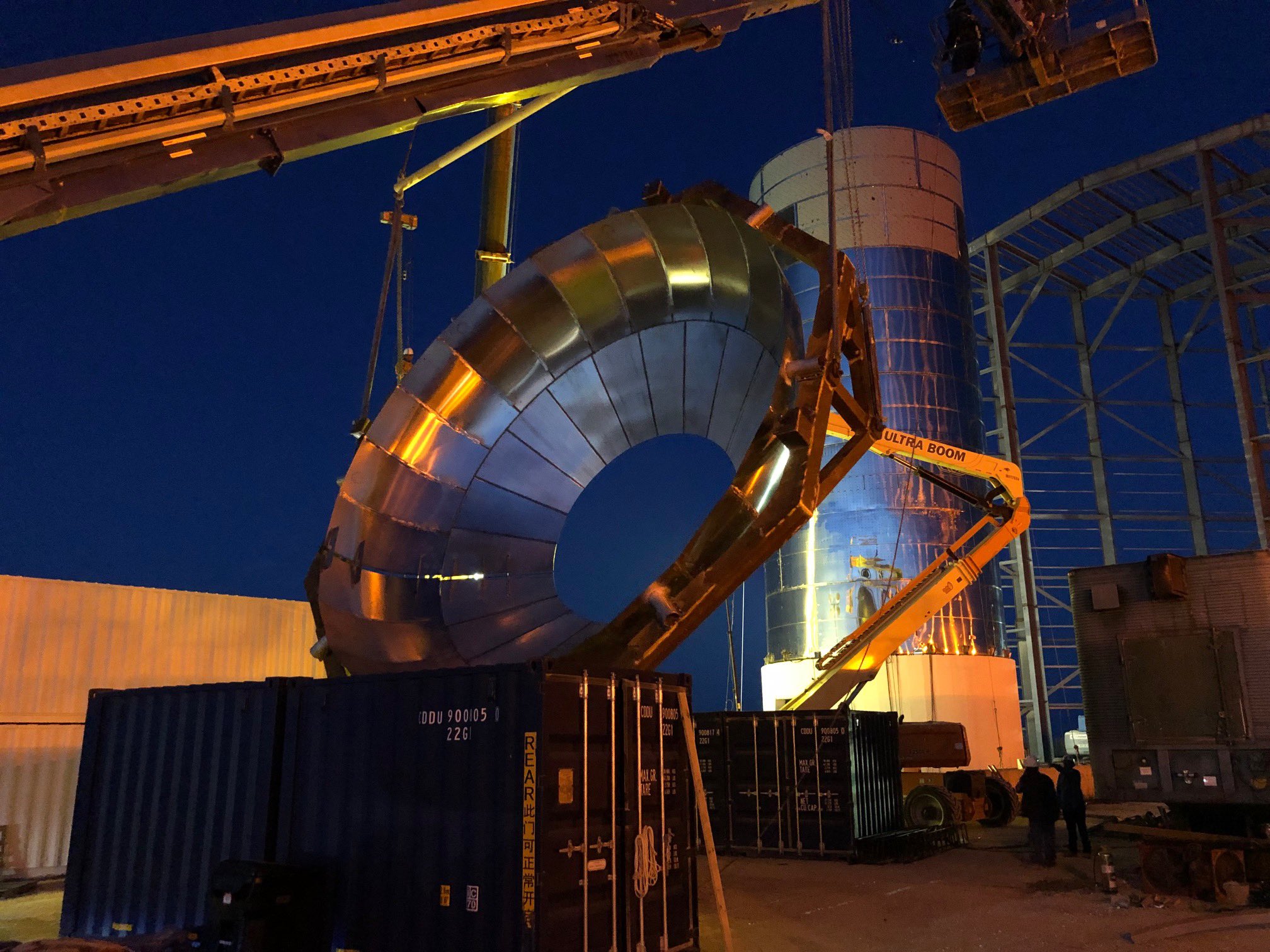 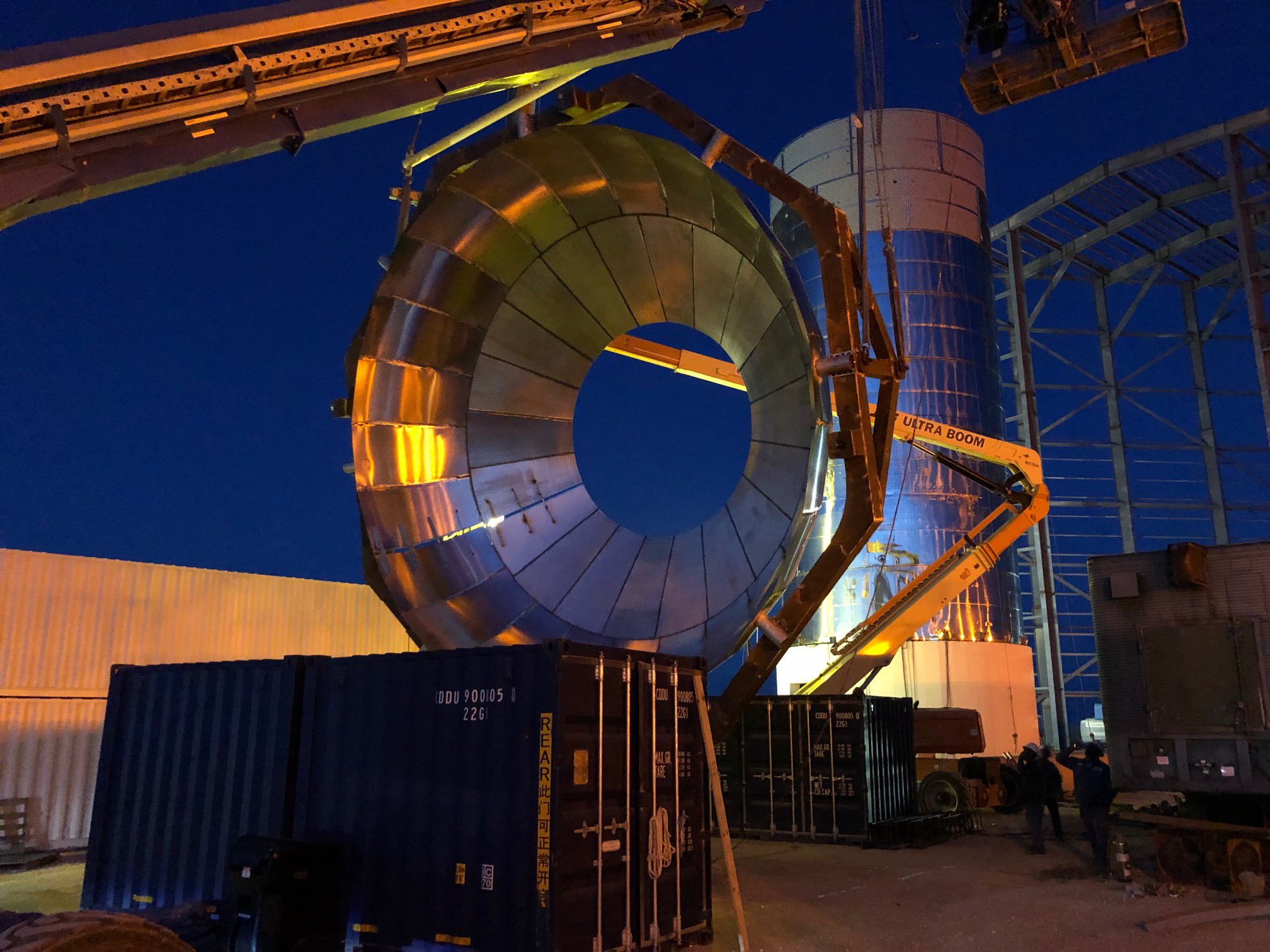 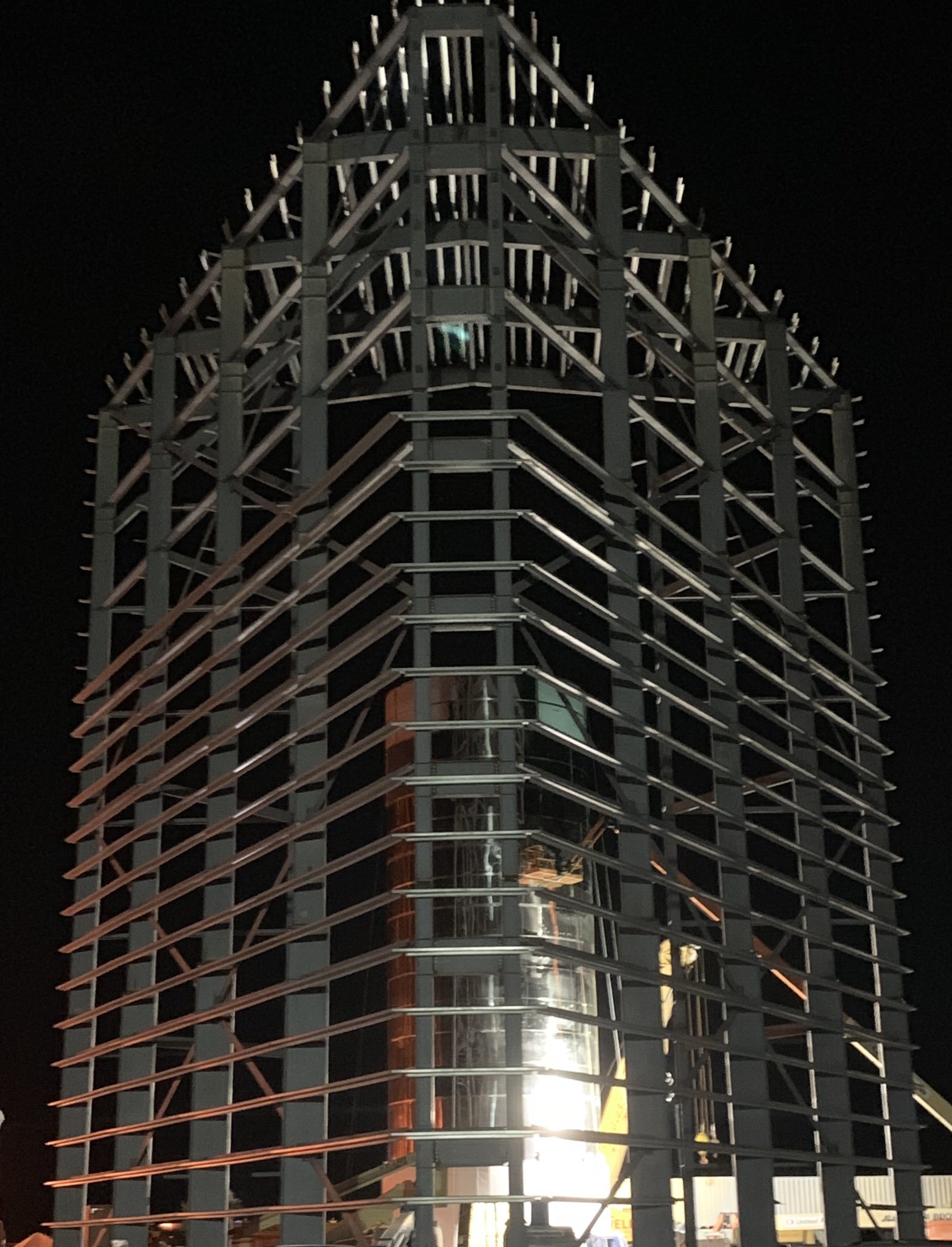 SpaceX’s Starhopper spacecraft prototype is currently being used to test the Raptor rocket engine and made its first hop this past month in July, reaching an altitude of approximately 66-feet before successfully landing again. The orbital prototype you see above is planned to be used later this year for high-altitude, high-velocity testing.