Toyota Research Institute (TRI) has just unveiled a robot that can not only solve complex tasks in home environments, but they can also take selfies. That’s right, TRI robot scientists were able to train them to understand and operate in complicated situations, including recognizing and responding to transparent as well as reflective surfaces in a variety of situations.

Humans are able to easily differentiate between an object, its reflection and transparent or reflective items commonly found in the home, but these confuse today’s robots. So, to overcome this issue, the team developed a innovative training method to perceive the 3D geometry of the scene while also detecting objects and surfaces, thus enabling researchers to use large amounts of synthetic data to train the system. 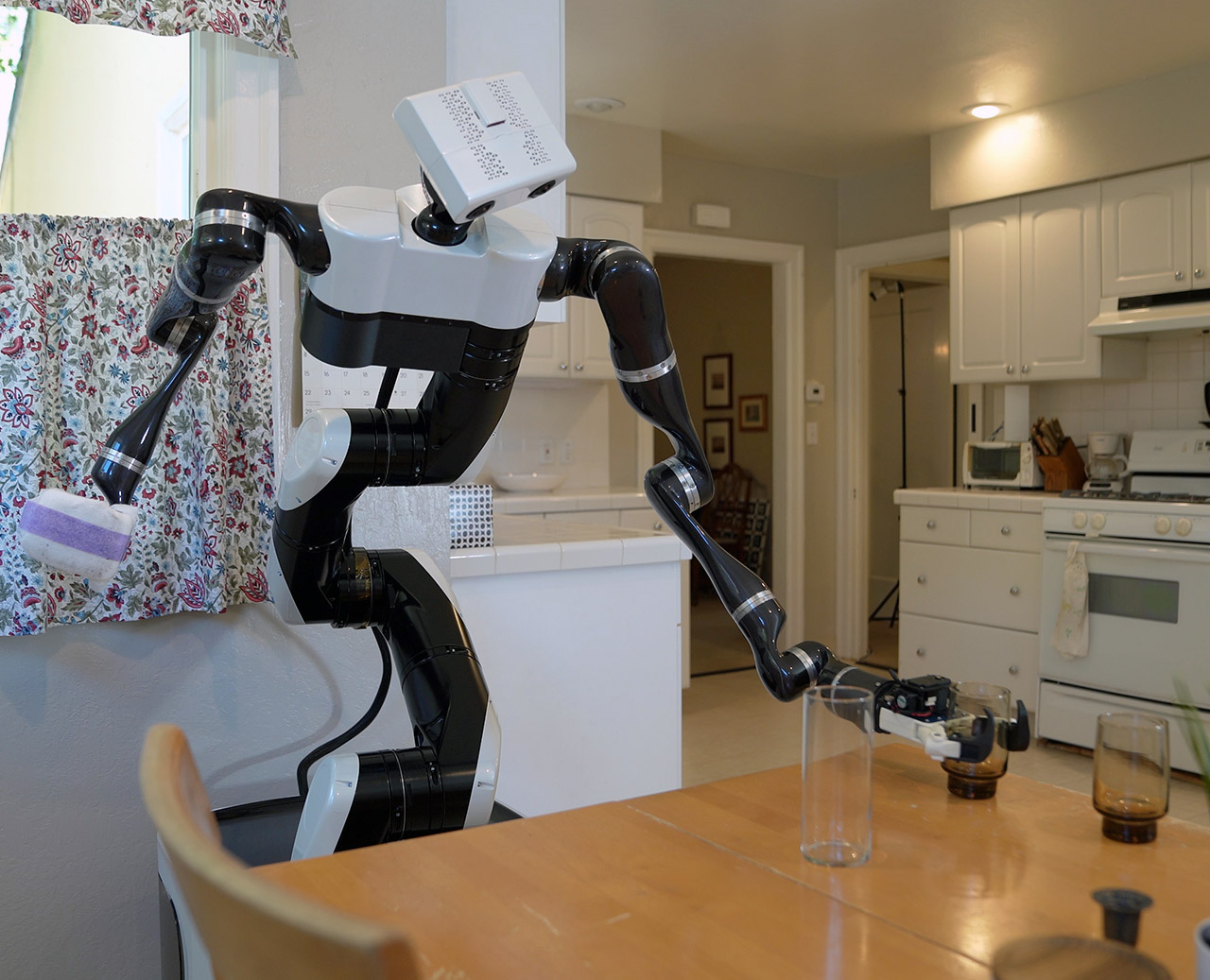 Our goal is to build robotic capabilities that amplify, not replace, human abilities. Training robots to understand how to operate in home environments poses special challenges because of the diversity and complexity of our homes where small tasks can add up to big challenges,” said Max Bajracharya, vice president of robotics at TRI.