Tesla may have some competition in the self-driving electric car realm from Apple in the near future, and they’ll be partnering with TSMC (Taiwan Semiconductor Manufacturing) for the brain. The chips from TSMC are expected to be used in the Apple Car some time between 2023 and 2025. Yesterday, Apple transferred its self-driving car team, who worked under the code name Project Titan, to artificial intelligence and machine learning head John Giannandrea.

Still very little is known about Apple’s electric car project, despite it starting in 2014. Apple purportedly teamed up with Volkswagen to produce an autonomous employee shuttle van based on the T6 Transporter commercial vehicle platform. Plus, Apple allegedly has 66 road-registered driverless cars, with 111 drivers registered to operate those cars. Some still believe that Apple will continue working on self driving related hardware, software and service as a potential product, instead of actual Apple-branded cars, but we’ll find out soon enough. 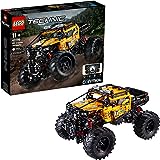