Before heavy computer generate imagery was used in movies, the Death Star explosions needed to be more practical. So, they were rendered with a Praxis effect, or in other words, where a flat ring of matter erupts from the explosion. However, the grid plan animations shown during the Rebel briefing for the attack on the Death Star late in A New Hope used a computer-graphics simulation from the Jet Propulsion Laboratory made by Larry Cuba and Gary Imhoff as part of a CalArts project. Once filming was completed, the original model was due to be thrown out, but were actually salvaged and most likely in private collections by now. 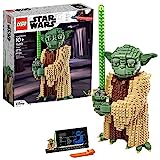