You’d think being offered 2 apartments and monetary compensation would be enough for most homeowners to move, but not this woman, only known by her surname, Liang. So, the Chinese government decided to build a gigantic motorway bridge around the woman’s home, thus wedging it between two lanes on the Haizhuyong Bridge in Guangzhou, northwest of Hong Kong.

The story gets more interesting though, as allegedly, at least one of the new apartments is situated near a morgue. In the end, she upped her demand to four new apartments in return for her home, but was turned down. Liang was the single homeowner out of 47 residents in the area who did not agree to move to make way for the demolition. 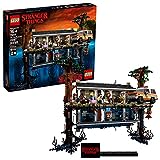 You think this environment is poor, but I feel it’s quiet, liberating, pleasant and comfortable,” said Liang.