Elroy Air wants same-day shipping to become commonplace using Chaparral, the world’s first end-to-end autonomous vertical take-off and landing (VTOL) aerial cargo system. Unlike standard drones, this aircraft can autonomously pick up 300-500 lbs of cargo and deliver it by air up to 300 miles.

The Chaparral basically combines a “lift + cruise” VTOL aircraft with a full carbon composite airframe, paired with a turbine-based hybrid-electric powertrain for long-range mission capabilities. For easy transportation and rapid deployment, it can be fit inside a 40’ shipping container or C-130 cargo aircraft. Plus, the company has developed its very own modular cargo pods that can be pre-loaded by ground personnel and picked up by the aircraft before takeoff. When the desired location is reached, the cargo pod is lowered to the ground and released after the system has landed. It’s also capable of retrieving another pre-packed pod and transport the pod to its next destination, making life easier for shippers. 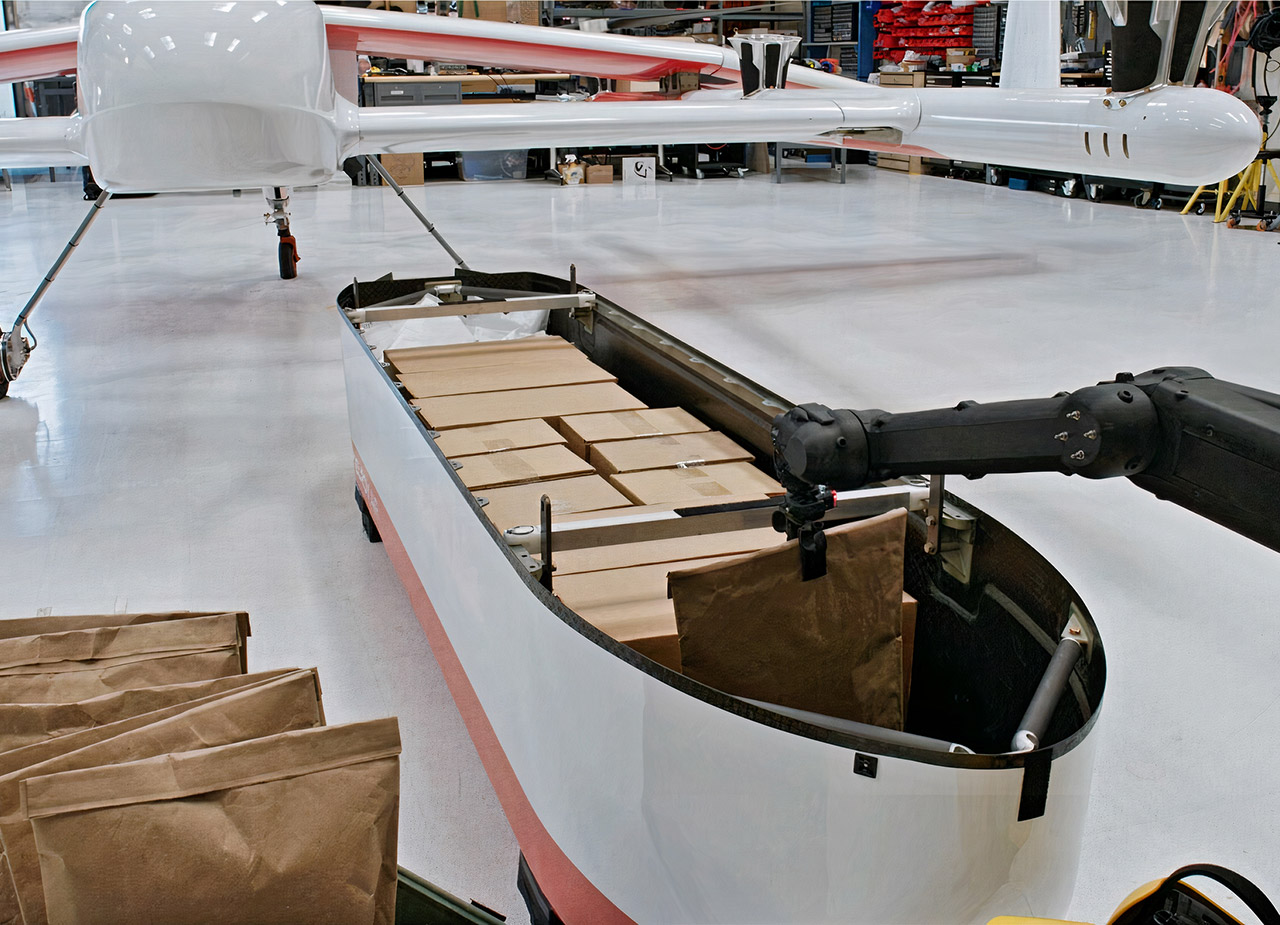 We’ve always been at the forefront of aviation technology and we’re proud to be at the cutting-edge of this next chapter in partnership with Elroy Air. We are increasingly seeing the demand for same and next-day delivery, but so many rural communities have been cut off from the national transportation system. Pilot shortages and environmental regulations make this even more challenging. With the Chaparral, we’re excited to be able to provide autonomous cargo delivery to help reconnect those communities,” said Jonathan Ornstein, Chairman and Chief Executive Officer of Mesa Airlines.