Black Sheep Custom Cakes, Mike Elder (the original record holder of the fastest edible vehicle), and world champion race driver, Michael Andretti, teamed up to create the world’s fastest edible car to celebrate ilani (USA) opening their one-million-square-foot parking structure. To ensure the maximum chance of success, the team of nine decided to make two cake cars, led by Elder, over 46 hours, or to be more specific, a total of 414 man hours.

Each of these cars have 12 vertical layers of cake, with an additional 5 layers added to the rear scoop. Last November, event organizers gathered at ilani’s new state-of-the-art parking garage where these two edible cars raced side-by-side during the official attempts. Andretti controlled the record-breaking “white car,” while Chef Mike Elder piloted he competing “black car.” The fastest run by Andretti resulted in a top speed of 17.08 mph. 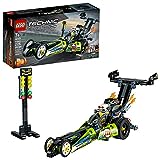 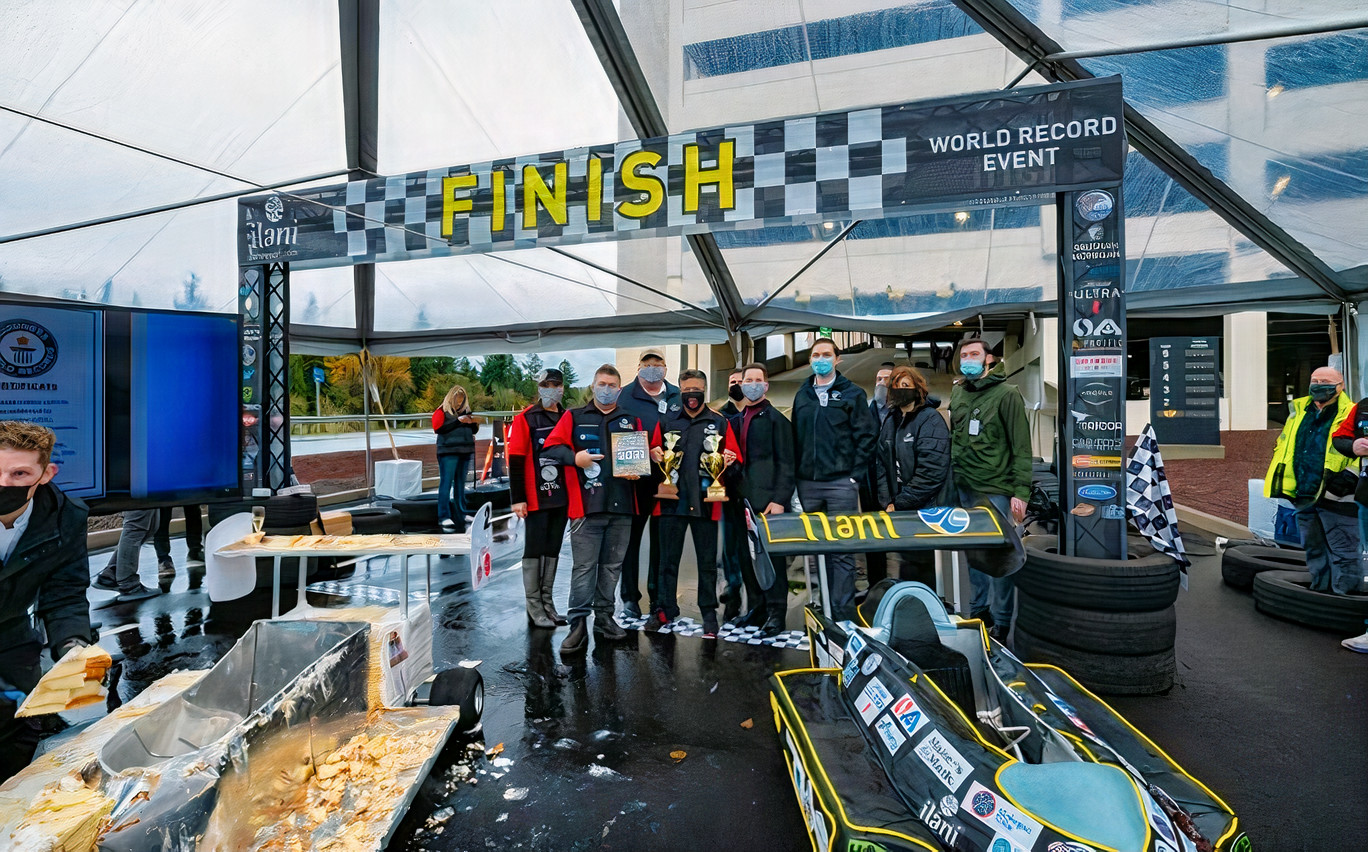 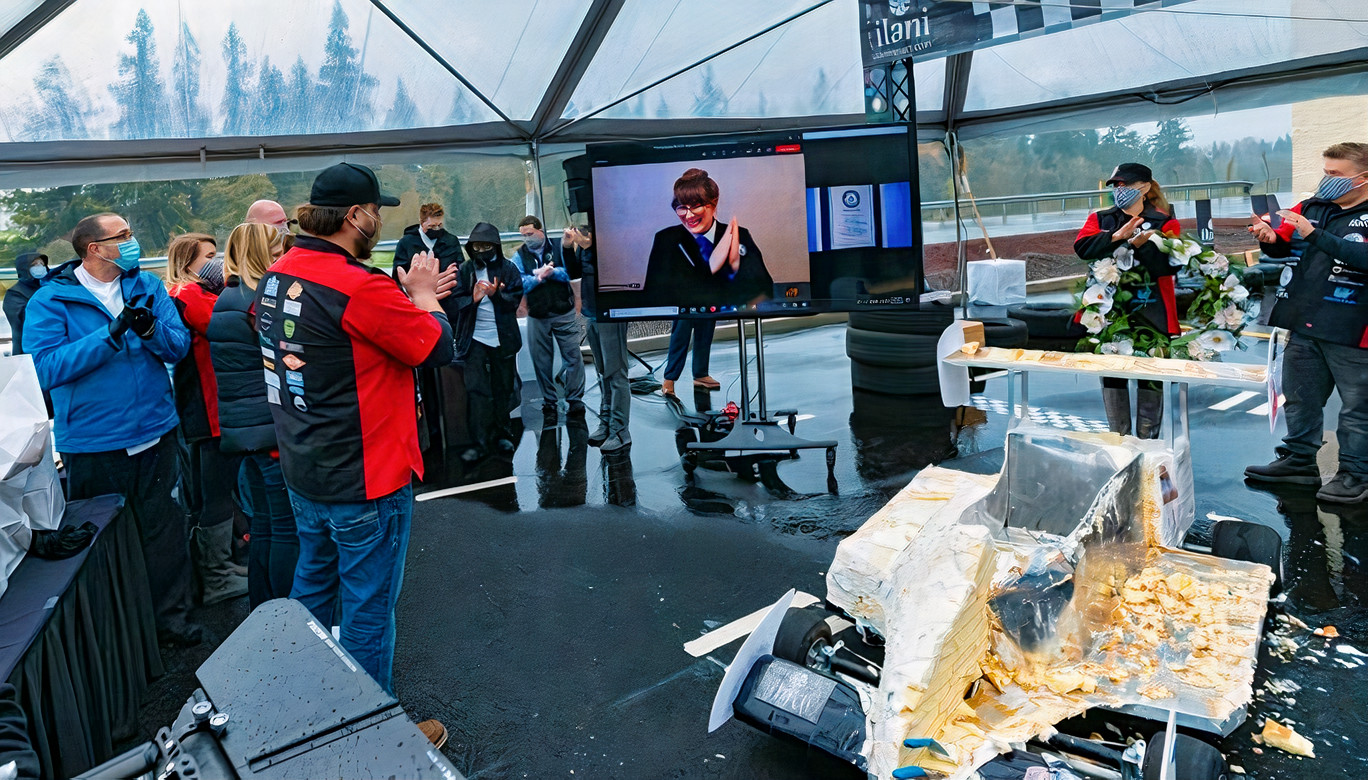 I was thrilled and honored to have witnessed Chef and Cake Artist, Mike Elder’s incredible event at ilani, which garnered him and his team two more GUINNESS WORLD RECORDS titles! Not only was this one of the most fun and unique attempts that I have had the opportunity to adjudicate, but it was also truly one of the most difficult and impressive challenges I have ever seen a team take on,” said Christina Flounders Conlon, Guinness World Records judge.