Lockheed Martin and General Motors announced a collaboration last year to design the next generation of lunar rovers, but this week, the team revealed a concept of what one of them could look like at CES 2022. Unlike traditional Moon vehicles, these will be driver optional, as in fully autonomous.

In an ideal scenario, the Lockheed Martin-GM rover would be able to preposition itself autonomously near a landing site prior to the astronauts’ arrival. Once there, astronauts have the ability to task the rover from the Human Landing System or the orbiting lunar Gateway to conduct science operations without a driver, enabling NASA to free up more time for scientific experiments. Since the days and nights on the Moon are just under 14-days-long, the rover will have to survive a two-week long night that sees temperatures of down to -280° Fahrenheit as well as day-time temperatures of 260° Fahrenheit. 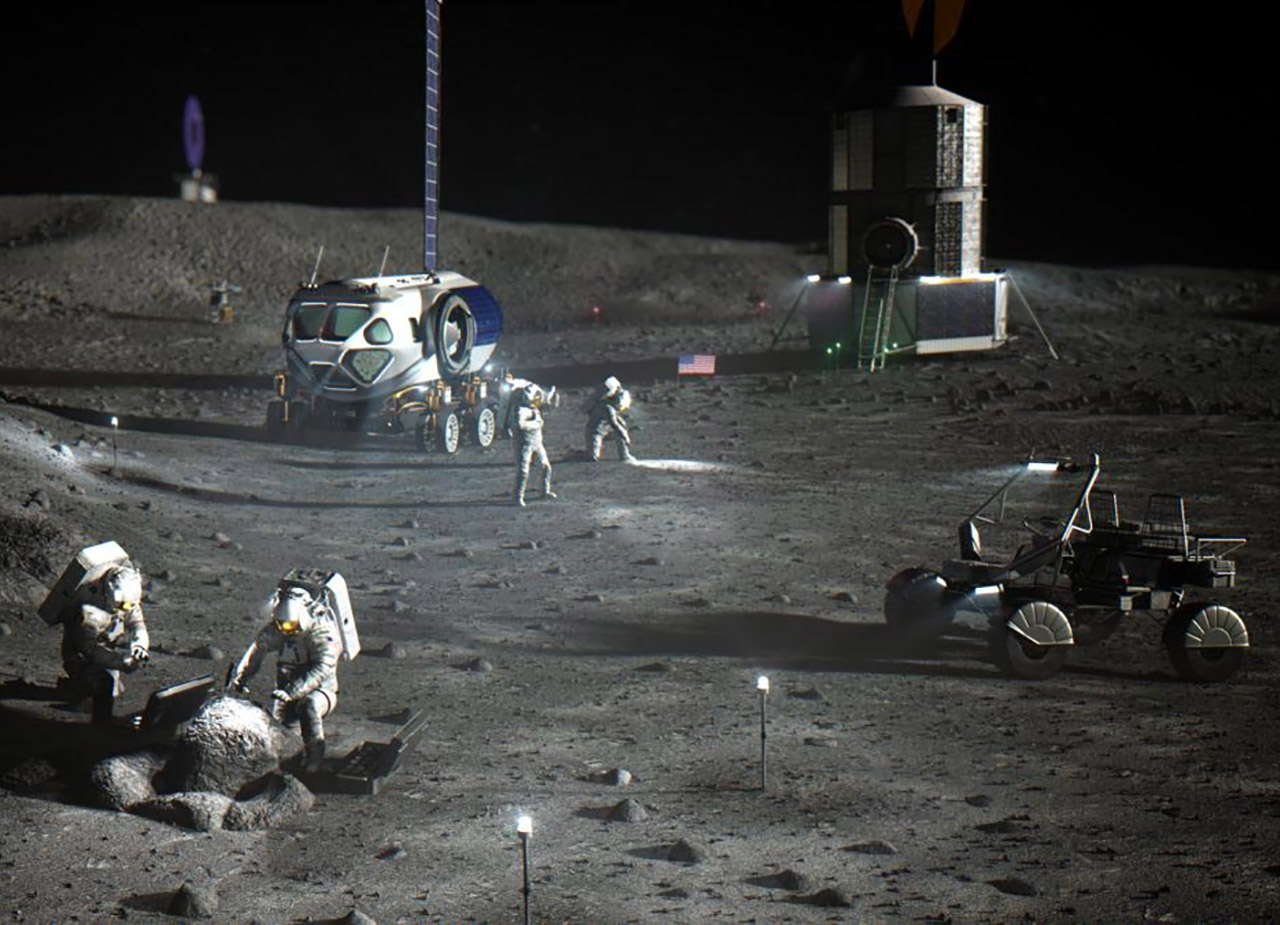 There’s a lot of synergy between our two companies – we complement each other well. The lunar rover designs for extreme off-road environments have a lot of similarities with our tactical military vehicles on the GM Defense side. It’s great to work with a company like Lockheed Martin who has a shared mission of supporting the warfighter,” said Jeff Ryder, vice president, Growth & Strategy at GM Defense.