Photo credit: Scottish Invasive Species Initiative
Those visiting the River Bladnock in Scotland might have stumbled upon several ice pancakes floating to shore after the UK experienced a sudden cold front earlier this month. These frozen sheets of ice typically form on the surface of agitated water and include ice as well as slush.

Ice pancakes may not be something new, but they rarely appear in Scotland and are most commonly found in Canada, the US, around Antarctica as well as in the Baltic sea. Why? They form on water that is covered with a little bit of slush or it can also be from breaking of the ice and high wave action. Most recently, they were spotted in Lake Michigan along Chicago. 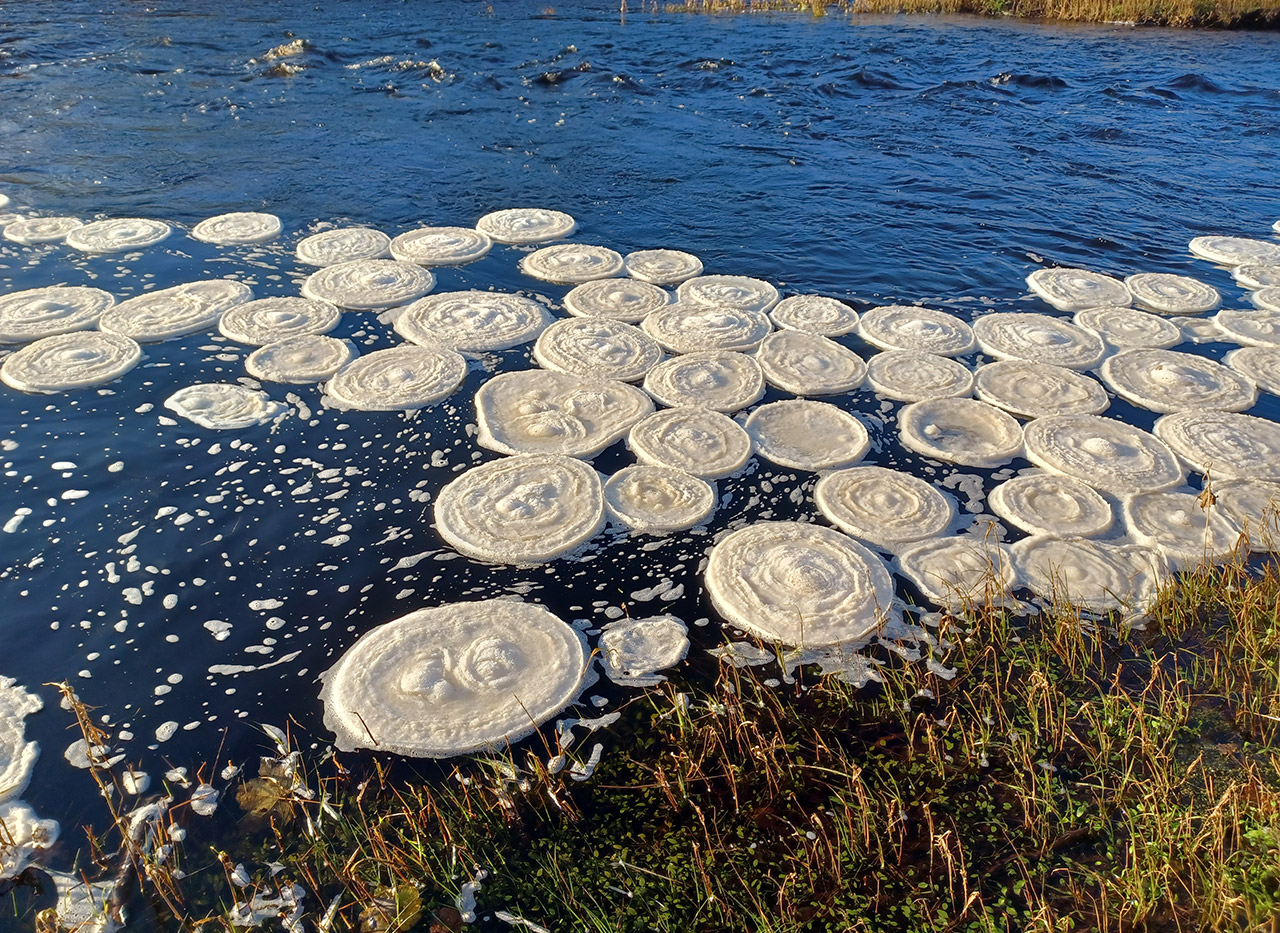 Pancake ice is really interesting because it needs a specific temperature to form it. It usually forms just right below freezing, and in areas that have a little bit of wave action,” said Andrea Vander Woude, a researcher at the National Oceanic and Atmospheric Administration’s Great Lakes Environmental Research Laboratory.