Before Jony Ive left Apple, he designed the iMac, Power Mac G4 Cube, iPod, iPhone, iPad, MacBook, and much of the iOS user interface. Just this past summer, he officially announced his departure from the technology company to start his own design firm, called LoveFrom, together with industrial designer Marc Newson. One of their first pieces was an all-diamond ring for the AIDS charity, called (RED). 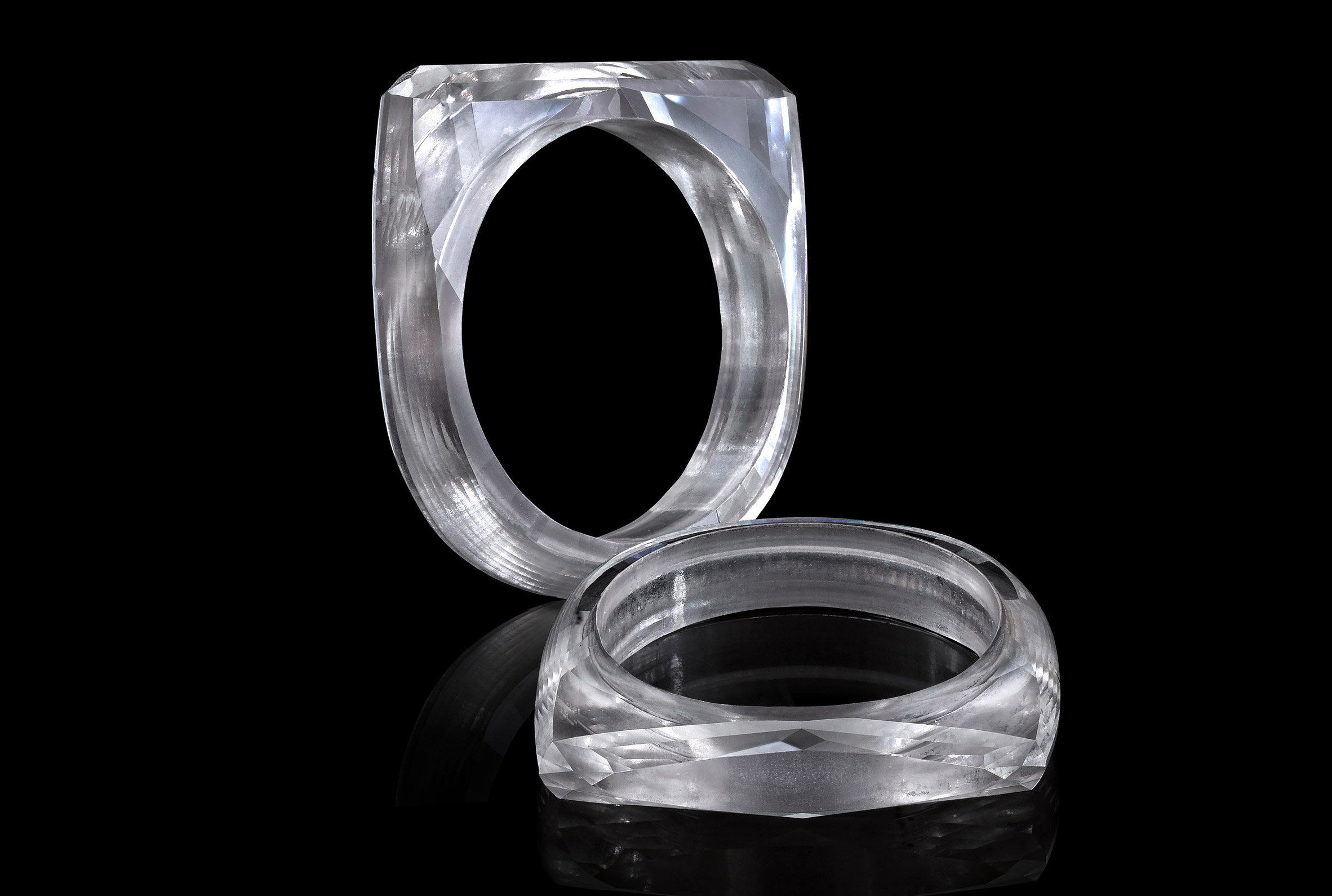 Since this ring had to be cut from a single slab of diamond, it couldn’t be made until it sold at RM Sotheby’s to an anonymous buyer for $262,500. This week, pictures of the completed ring have been released by lab-grown diamond specialist Diamond Foundry. They grow these gemstones above ground using a process that mimics how they would naturally form in the earth’s core. As you can see, the finished product most certainly lives up to their promise of 2,000 – 3,000 facets. The Bill and Melinda Gates Foundation matched 90% of the ring’s purchase price to bring the total donation amount to $461,250.