The Lampuga Air JetBoard is essentially an all-electric inflatable surfboard. After its parent company went out of business, the Lampuga brand and assets were acquired, which means this new model is just the beginning. the inflatable hull is made from ultra durable double-layer PVC that is capable of folding down when not in use.

A rear cutout section enables the jet-equipped rigid portion to slide in, complete with an opening for its removable 3.7 kWh lithium-ion battery pack, called the “Power-Box”. When fully charged, you can expect up to 45 minutes of ride time, all the while zipping across water with 50kg of forward thrust, which enables riders to hit 30 mph. 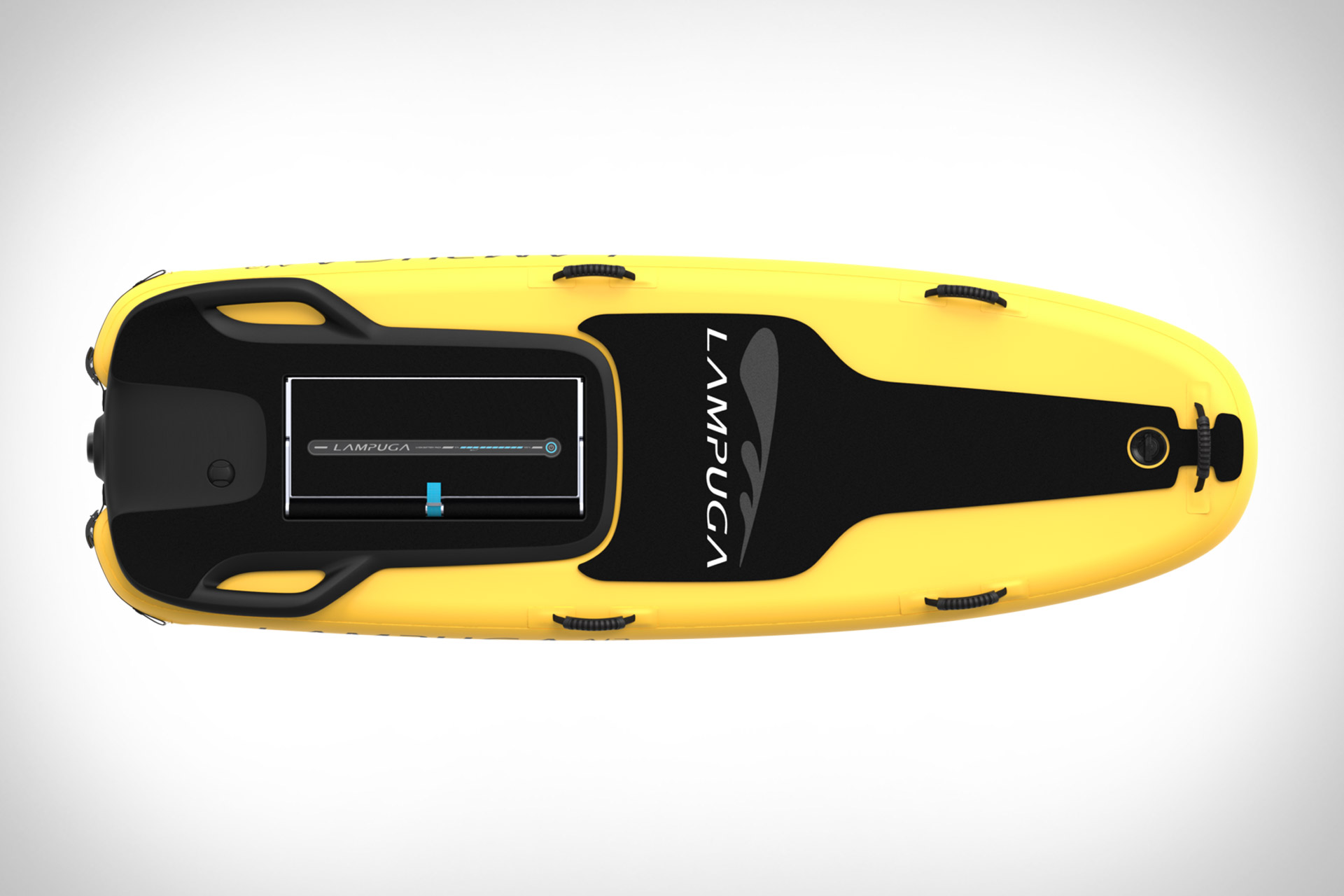 You use a Bluetooth remote to control the throttle, while there’s also a magnetic kill switch for extra safety or in case of any emergency. Best of all, the entire Lampuga Air system weighs in at just 110 pounds, and that’s with the battery installed.