The 5,544-piece LEGO Harry Potter Diagon Alley set was announced this week, and it has a hybrid design. There’s not only a versatile display model, but modular shops that let you arrange them however you like, whether it be all in a row or placing individual shops on different bookshelves. Fans will be able to recreate some of the most iconic moments, like discovering the wands at Ollivanders from Harry Potter and the Philosopher’s Stone.

Aside from the shops, the set also comes with 14 minifigures, including new versions of lead characters Harry, Ron, Hermione, Florean Fortescue, the Daily Prophet photographer, George and Fred Weasley, who even have their own joke shop in Diagon Alley. Available now directly from the LEGO Store, priced at $399.99 USD. 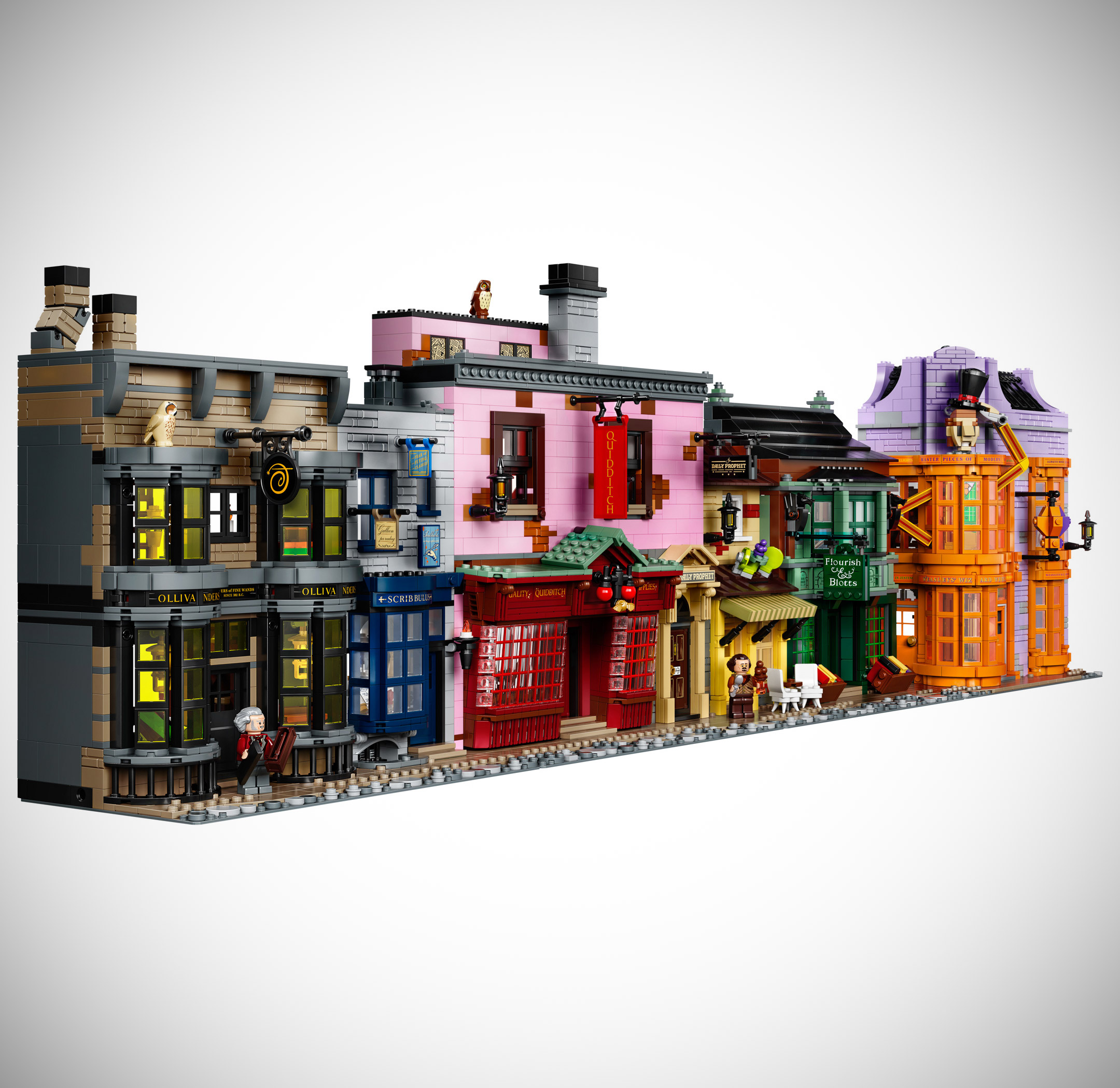 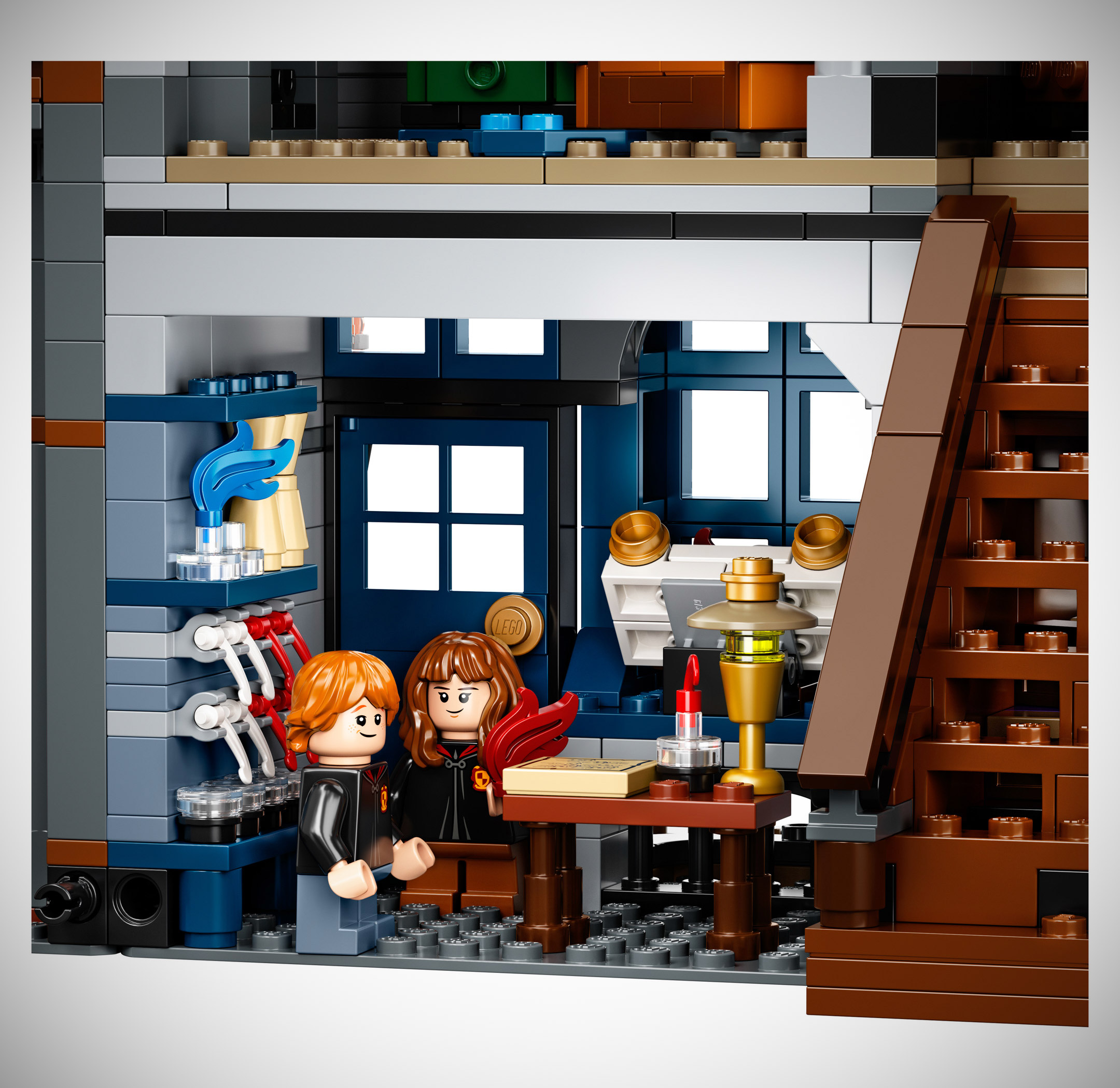 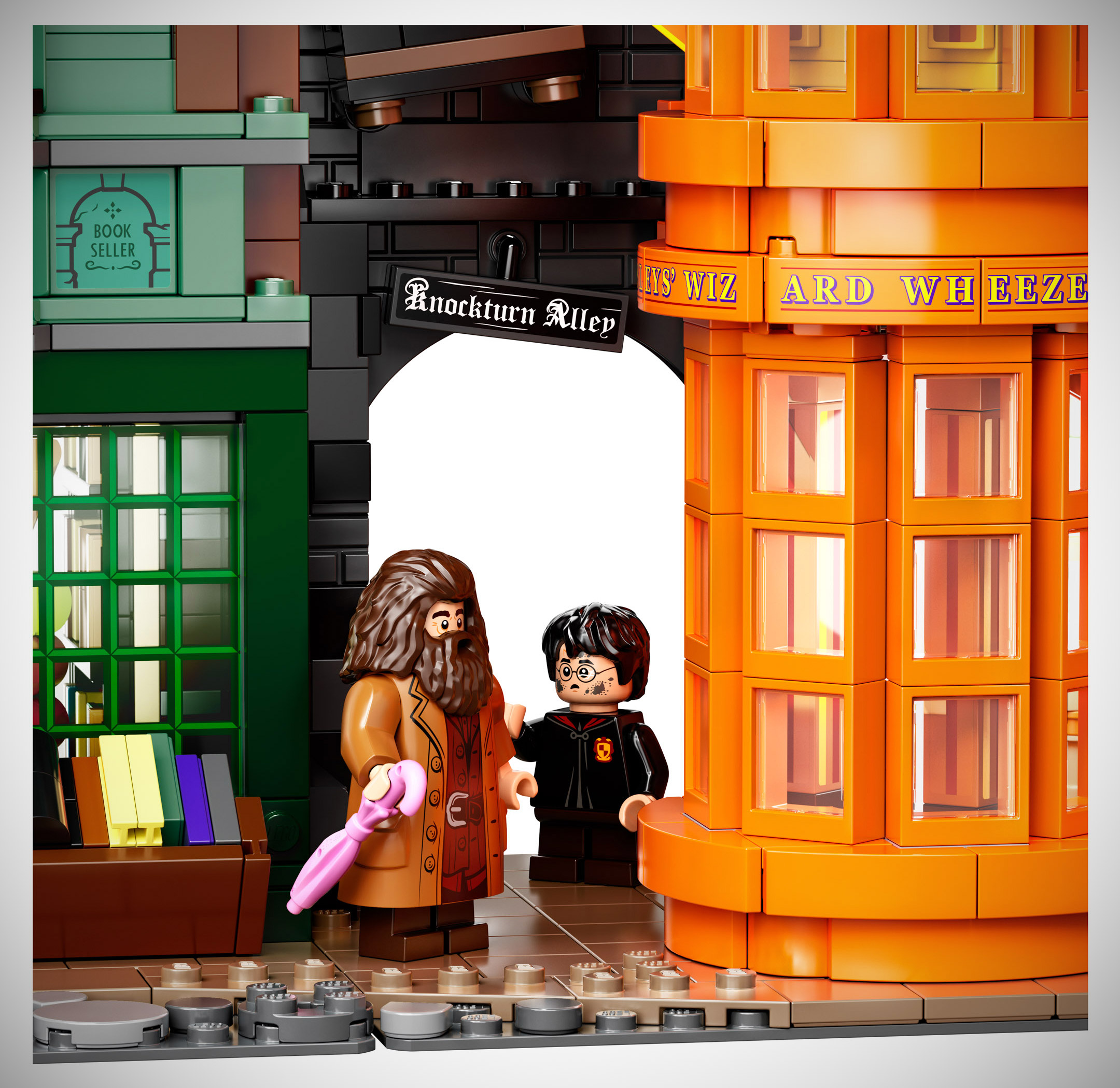 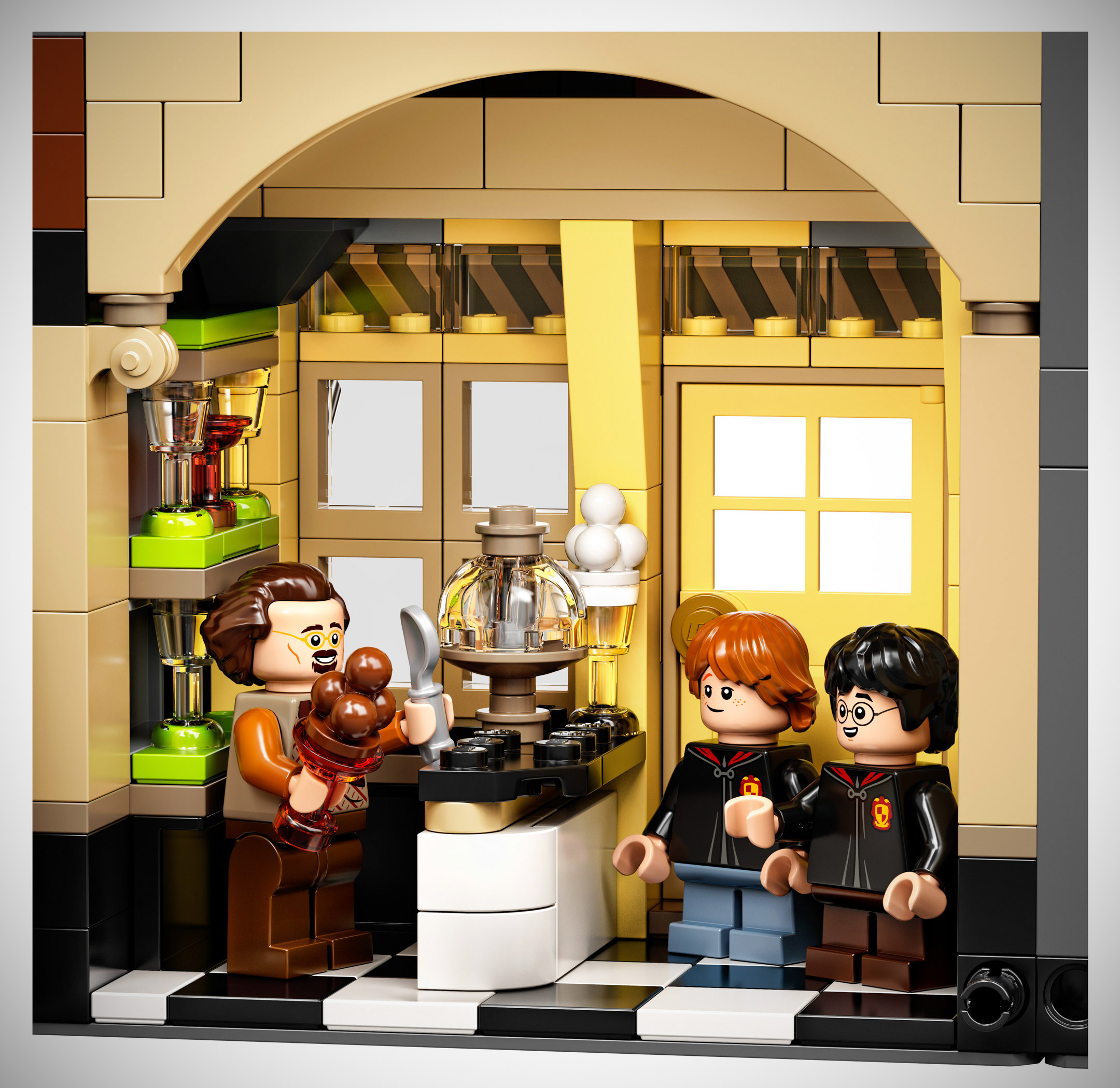 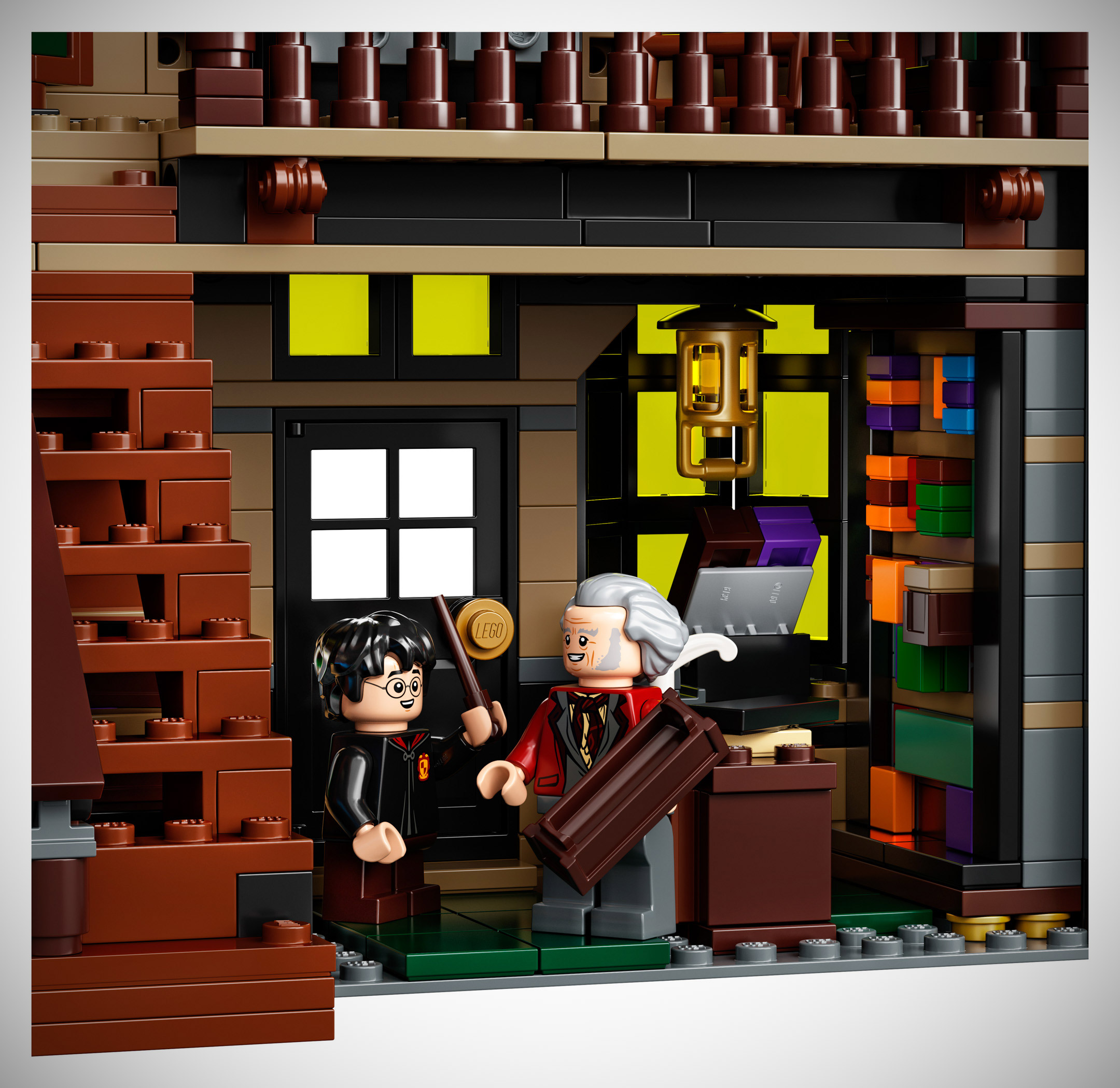 I love how faithful the final design is to the architectural details in the film. You can barely see some of these buildings zooming past your screen, but we tracked down different photographs from the sets – some of them from nearly 20 years ago – to make sure everything is spot on. Diagon Alley is the biggest set I’ve designed to-date and I am really proud of how it has come together,” said Marcos Bessa, LEGO Harry Potter Design Lead.