NASA fans rejoice! This new limited edition Casio G-Shock watch pays tribute to NASA’s iconic orange spacesuits, with the dark black dial representing the helmet’s black visor, while a thin blue line on the dial mimics the blue accents seen on them. It doesn’t stop there, as the bands have laser printed logos on them as well: the NASA insignia on the bottom band, “National Aeronautics and Space Administration” on the top band.

For those who want to keep it sealed, even the packaging is inspired by the metal launch pad bridge that connects to the orbiter. Features include a shock-resistant structure, 20-bar water resistance, Tough Solar functionality, radio-controlled (multi-band 6), world time (48 cities), and a full auto EL light. Available now, priced at $170 USD. 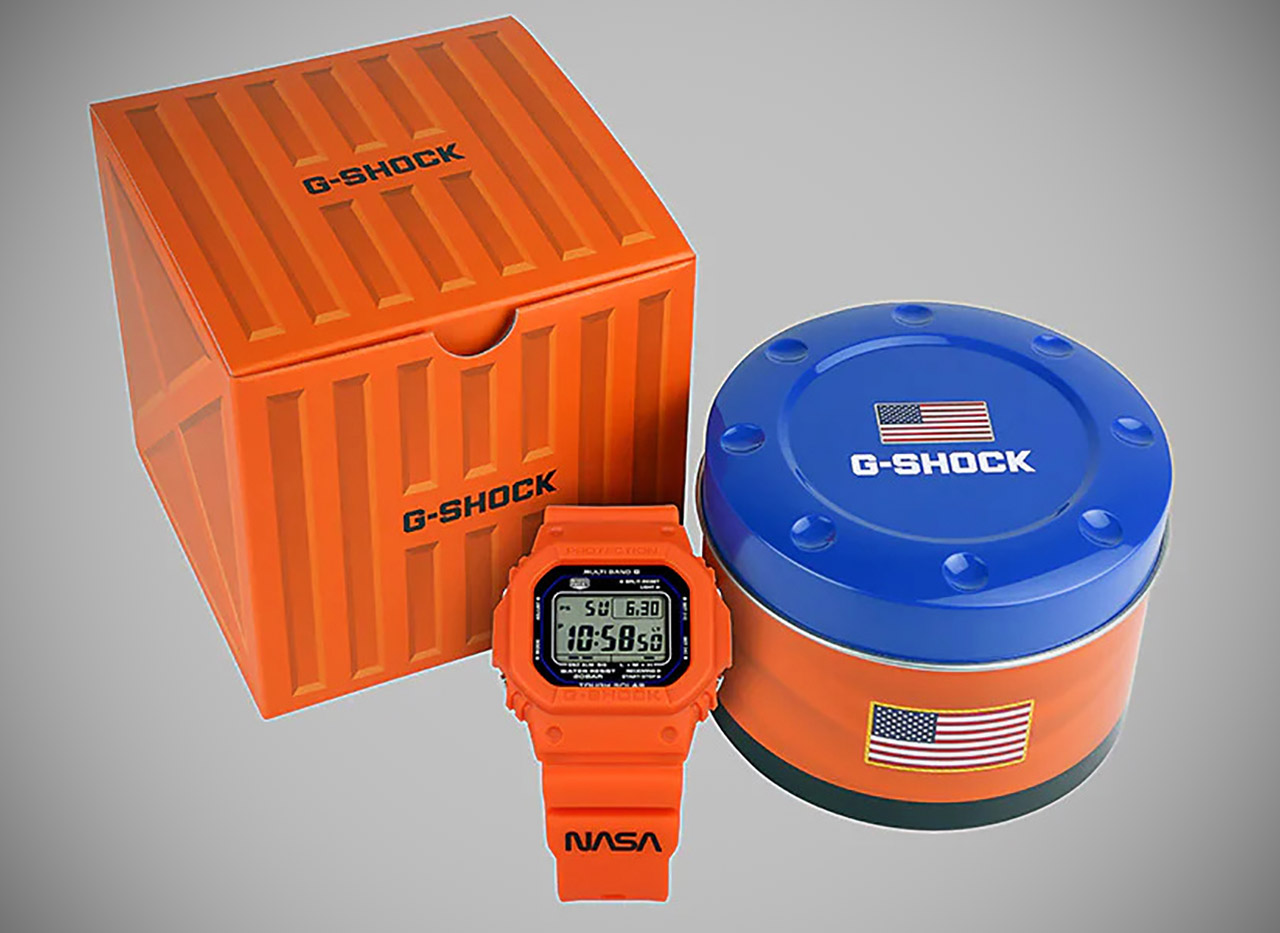