Nintendo Switch emulators have been around for quite some time, but this is the first we’ve seen for Android-based smartphones that actually runs decently. Based around Yuzu, a highly touted Switch emulator for the PC, this one reuses some of its GPU emulation code, but unlike its open source counterpart, this one requires users to create an account and actually log in. Oh, did we mention that you also need a special controller? That’s right, it’s not even available to the public right now, but when this does hit stores, expect to shell out $99.99.

Now just don’t pick up any Android smartphone exclusively to run this emulator, as it needs at least a device powered by the Qualcomm Snapdragon 855/855+/865/865+ SoC to run smoothly. Currently, the emulator supports 81 games, but the majority don’t run properly, or crash before actually starting. 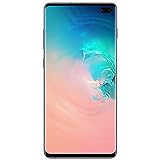