On August 19th, Wave Race 64 will be available to everyone with a Nintendo Switch Online + Expansion Pack membership. First released in 1996, this game involves jet ski racing on a variety of courses, all the while maneuvering and dodging obstacles successfully. You’ll be able to choose from one of four watercraft, each with their own special style and abilities.

The nine challenging courses are set around the world, whether it be swimming with dolphins at Sunset Bay or cruising under the city lights of Twilight City. For those who don’t have the Nintendo Switch Online + Expansion Pack membership, it also includes other Nintendo 64 titles such as Mario Kart 64, Mario Golf and Mario Tennis. 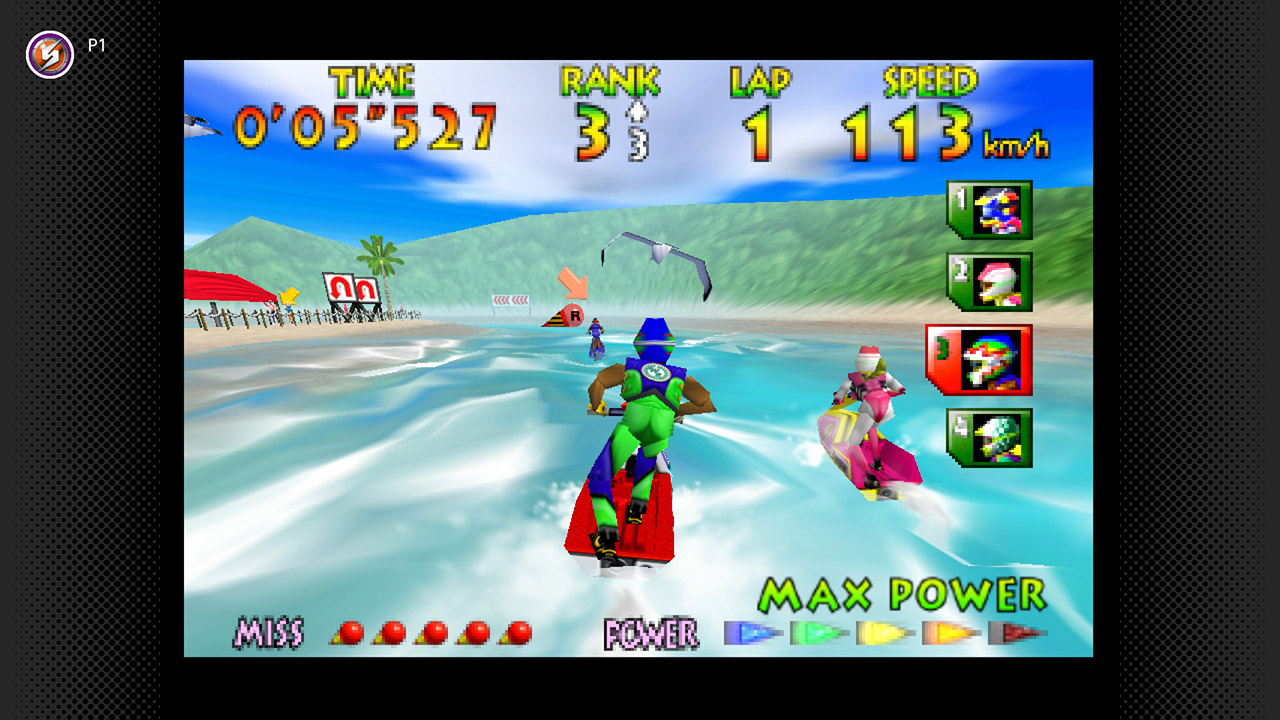 Members in both Nintendo Switch Online plans can enjoy online play and the Save Data Cloud feature in a large selection of compatible games, along with access to over 100 classic NES and Super NES games, a smartphone app that enhances features of supported games, and the competitive online battle game PAC-MAN 99,” said the company.