Always wanted a gaming PC that had all of the latest video game consoles built in? If so, then look no further than Origin PC’s ‘Big O V3’, which was built exclusively for Unbox Therapy. The high-end gaming PC is powered by an AMD Ryzen 5950X processor, 128GB of Corsair Dominator Platinum 3200MHz RGB RAM, a 2TB Corsair 4TB MP500 Core Gen4 SSD, and a Hydro X Cooled NVIDIA 24GB GeForce RTX 3090 graphics card.

The high-end gaming PC, streaming PC, Xbox Series X, PlayStation 5 and Nintendo Switch OLED have all been expertly placed inside a Corsair 1000D case. Even more surprising is that all of the video game consoles and two PCs are all cooled by their individual hardline cooling loops, while the Nintendo Switch is mounted in the front of the chassis for easy docking. 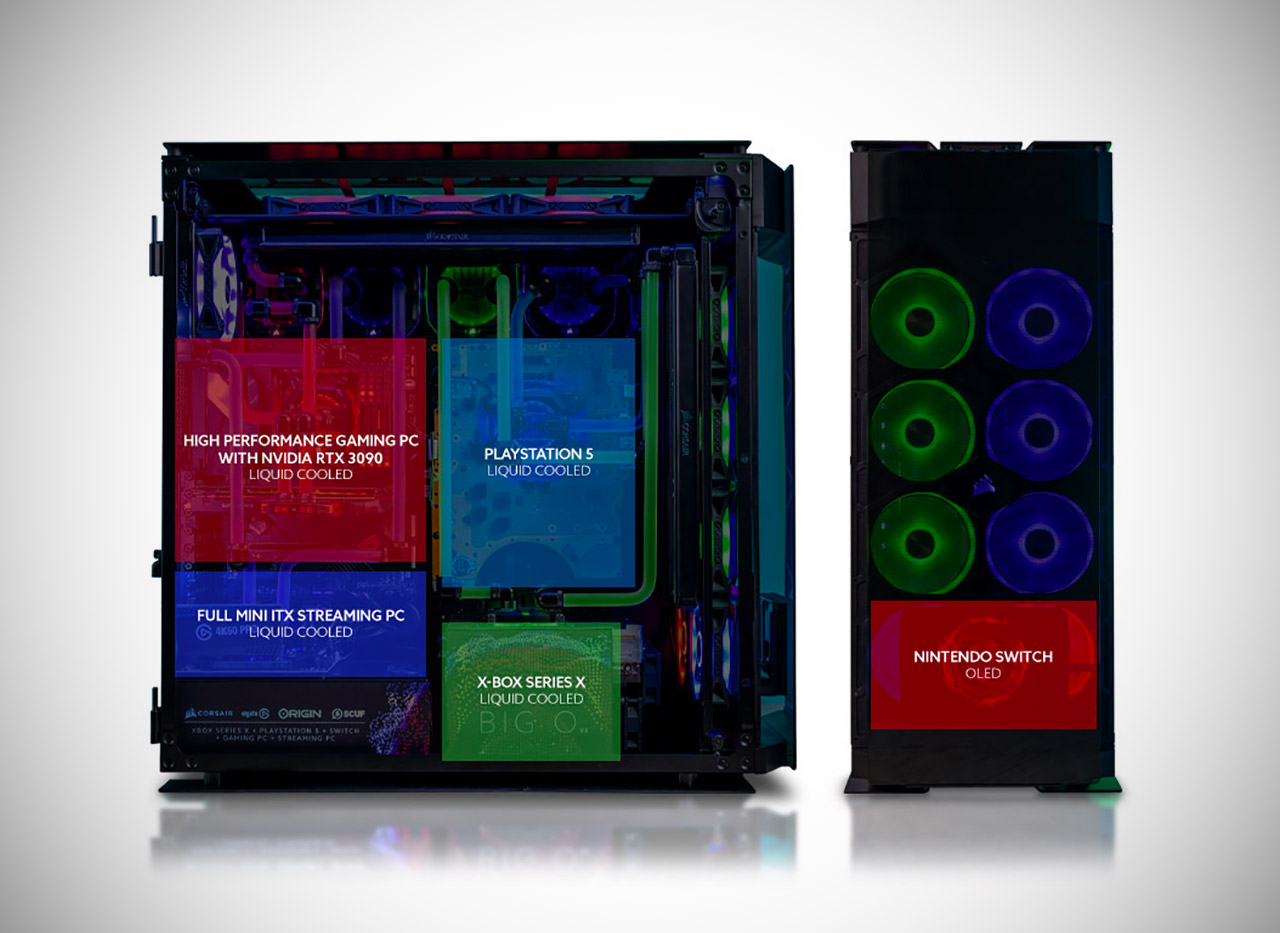 The fully integrated streaming PC is the control center of the BIG O V3. With the help of CORSAIR iCUE, the Elgato 4K60 Pro commands the consoles’ lighting performance. It also receives inputs from each console and the PC, capturing every moment to produce the ultimate streaming experience on any platform. A series of HDMI switches and splitters allows for organized inputs into the 4K60 Pro as well as corresponding, undisturbed individual outputs from each gaming system,” said the company.