A total of 21 vehicles from the person collection of the late Paul Walker is headed to Barrett-Jackson’s 49th Annual Scottsdale Auction that runs from January 11-19, 2020. They include a Nissan GT-R R32 race car, 1995 Ford Bronco, and a large collection of BMW M3s, including five 1995 BMW M3 Lightweights of which only 125 were ever made. Walker is best know for playing Brian O’Connor in the legendary Fast and the Furious franchise.

What made the 1995 BMW M3 Lightweights so special? They came equipped from the factory with an aggressive rear wing, front spoiler and an stunning Alpine White paint job with a checkered flag livery. Other vehicles include a pristine 2013 Ford Mustang Boss 302S that was never before raced and a custom-built Nissan 370Z that made an appearance in Fast Five. 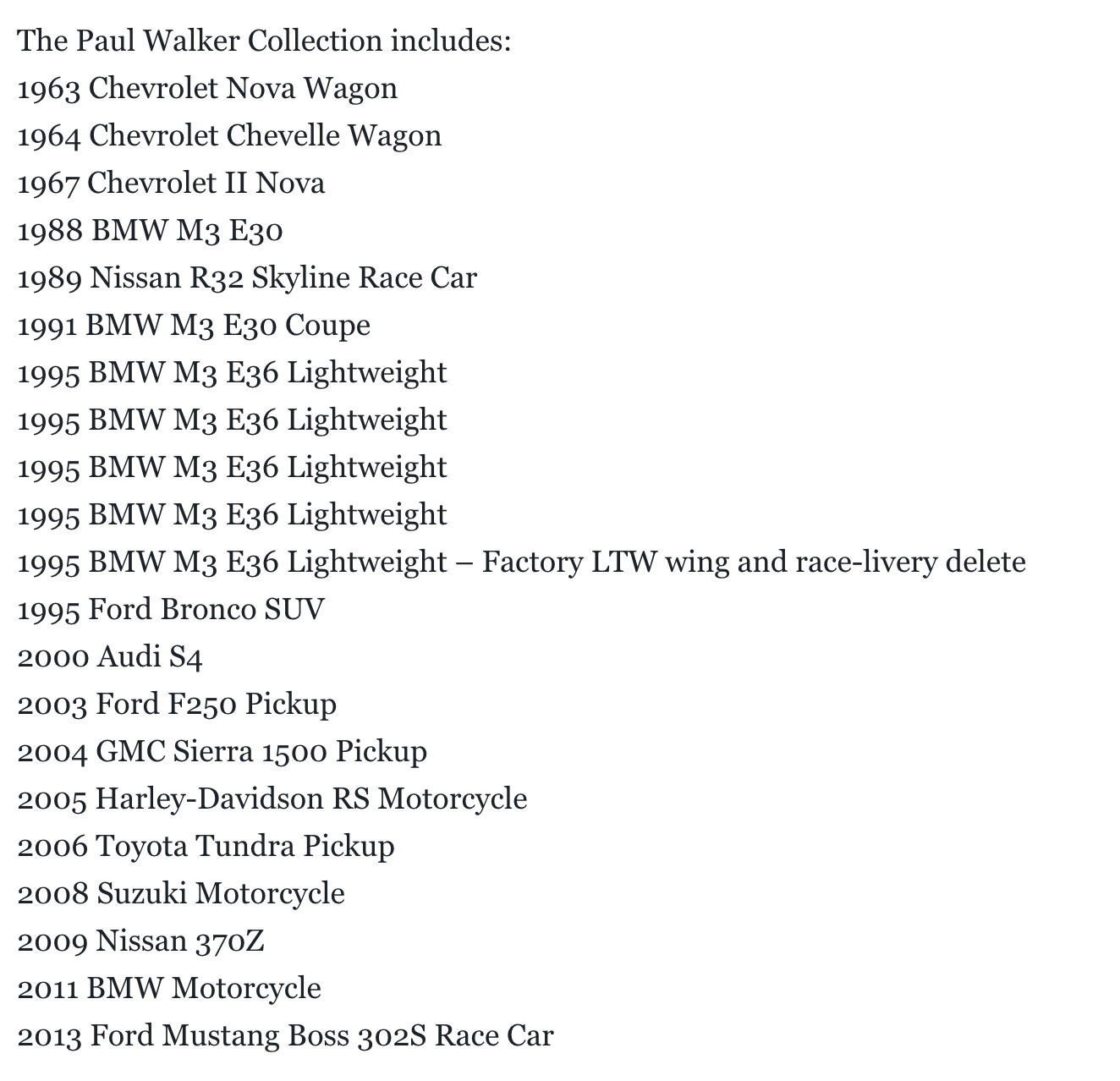 However, not all of the vehicles are supercars or rare limited edition vehicles, as Paul Walker did enjoy owning several normal automobiles as well, like a 2004 GMC Sierra 1500, 2006 Toyota Tundra and 2005 Harley-Davidson. All of these are included in this auction, and listed above.