Photo credit: Garna Raditya | O2 Treehouse
In nature, pine cones may be food sources for small animals and birds, but did you know that roughly 60-million years ago, they were a snack for duckbill dinosaurs? That’s right, their uniquely-shaped jaws and thousands of rows of teeth perfectly adapted to eat these tough, chewy treats. At first glance, you probably wouldn’t mistake this strange wooden structure perched between trees as an actual pine cone, but step closer, and you’ll realize it’s actually a treehouse.

It was designed by O2 Treehouse to resemble a small woodland pine cone and is located in Oakland, where it seamlessly blends in with the surrounding trees. Glazed panels slightly stick out on the steel base structure to provide a scale-like textured exterior, while symmetrical windows were installed around the dome to ensure that plenty of sun shines in during the day, similar to a kaleidoscope. 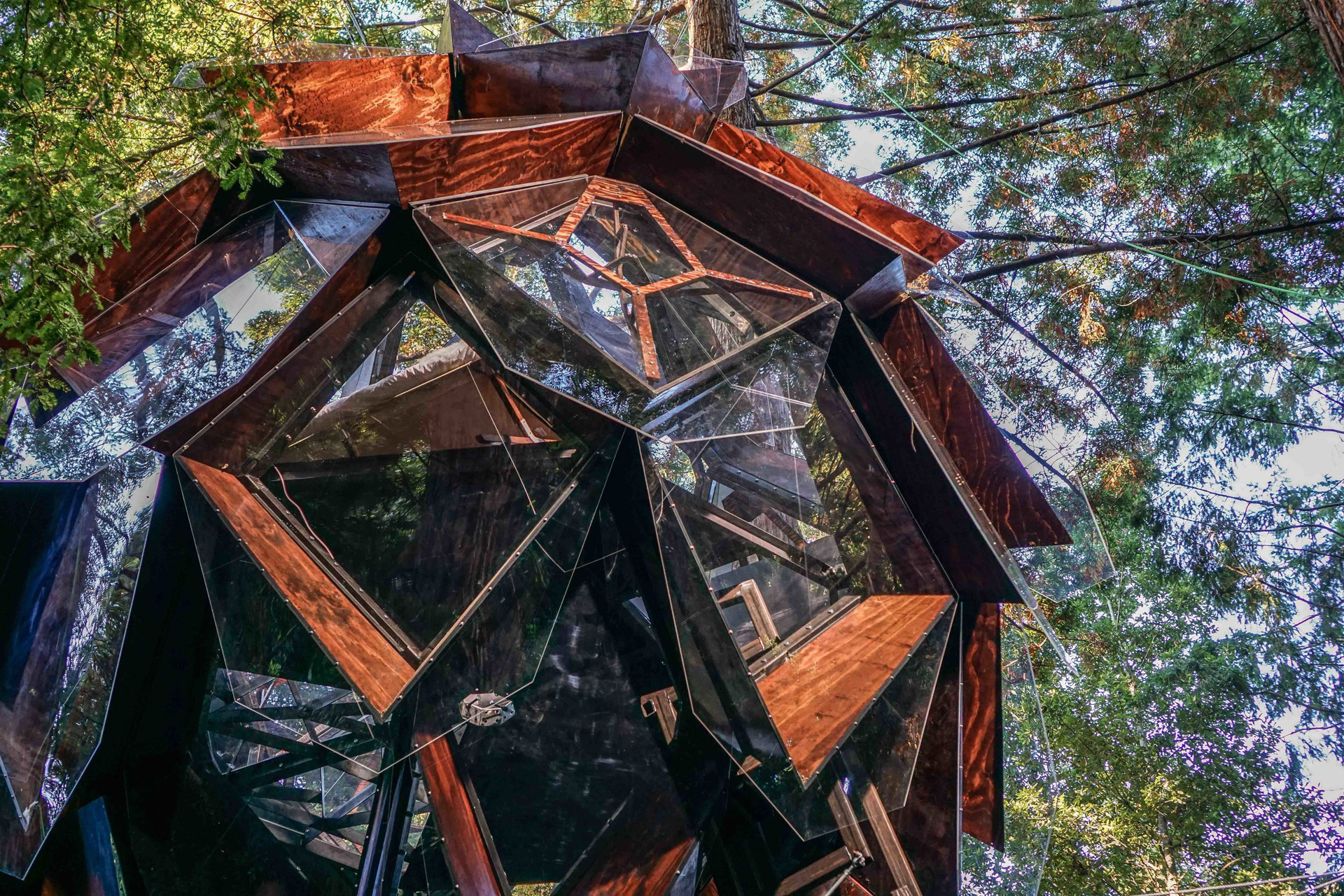 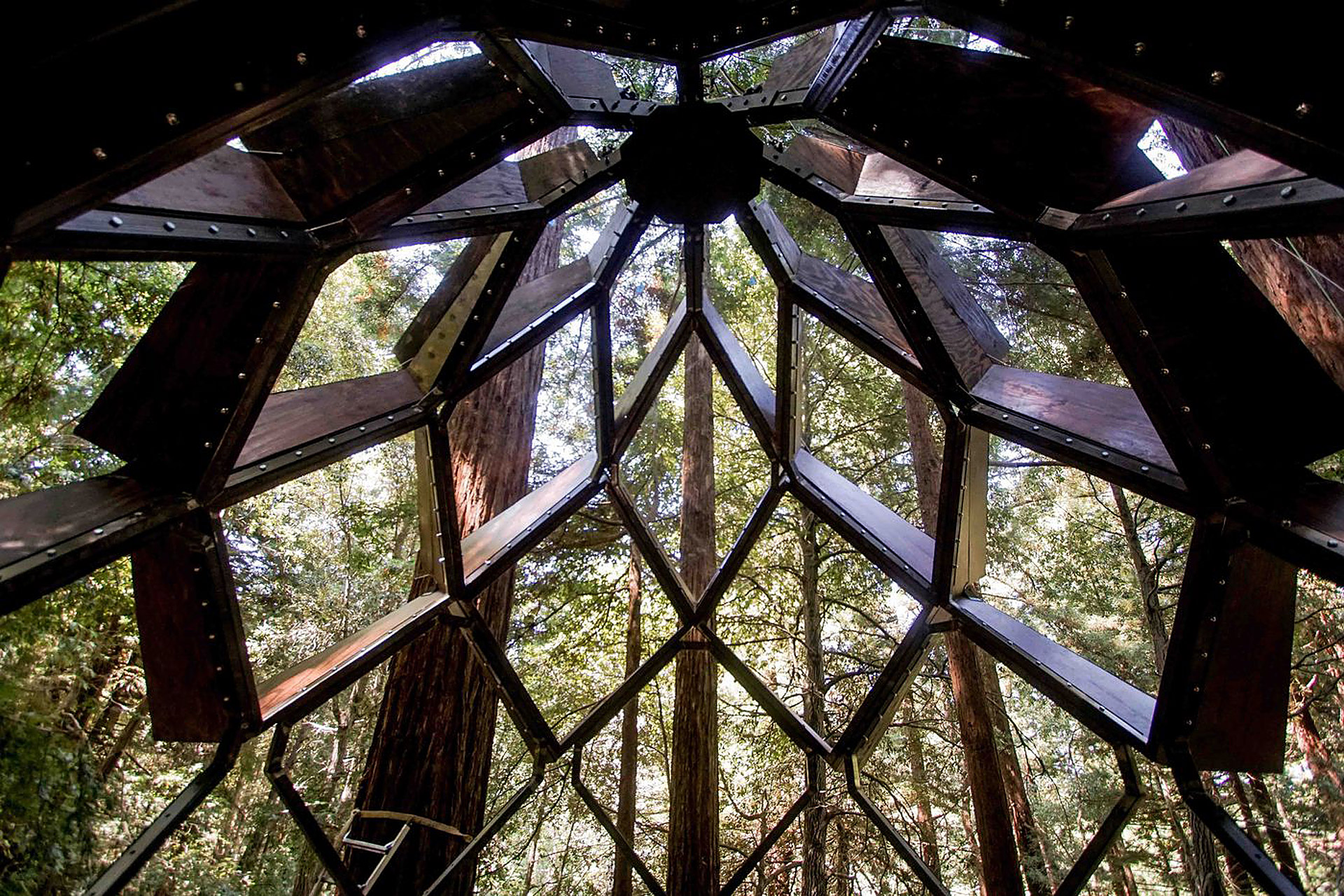 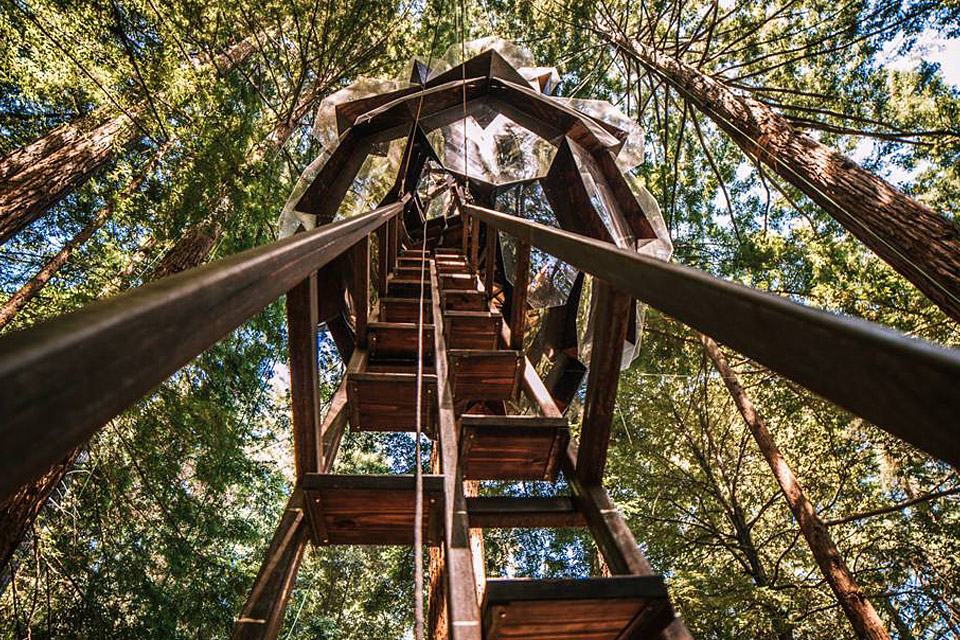 When you climb inside, there’s a sleeping area that would be perfect for stargazing on a clear night. For those planning to stay longer than a night, you’ll be happy to know there’s a separate bathroom that can be accessed via a ladder bridge, complete with a composting toilet and shower installed on a tree trunk. 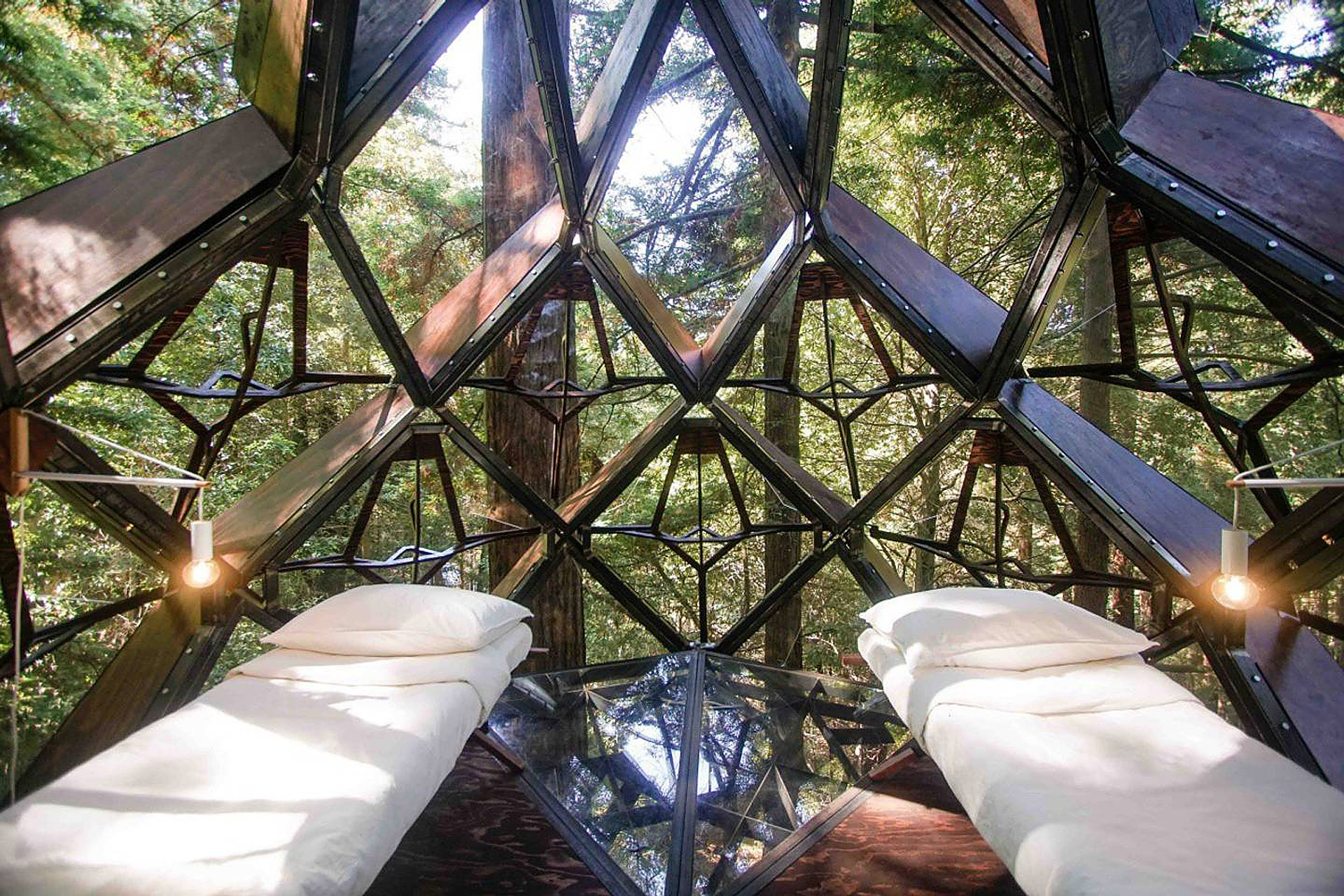 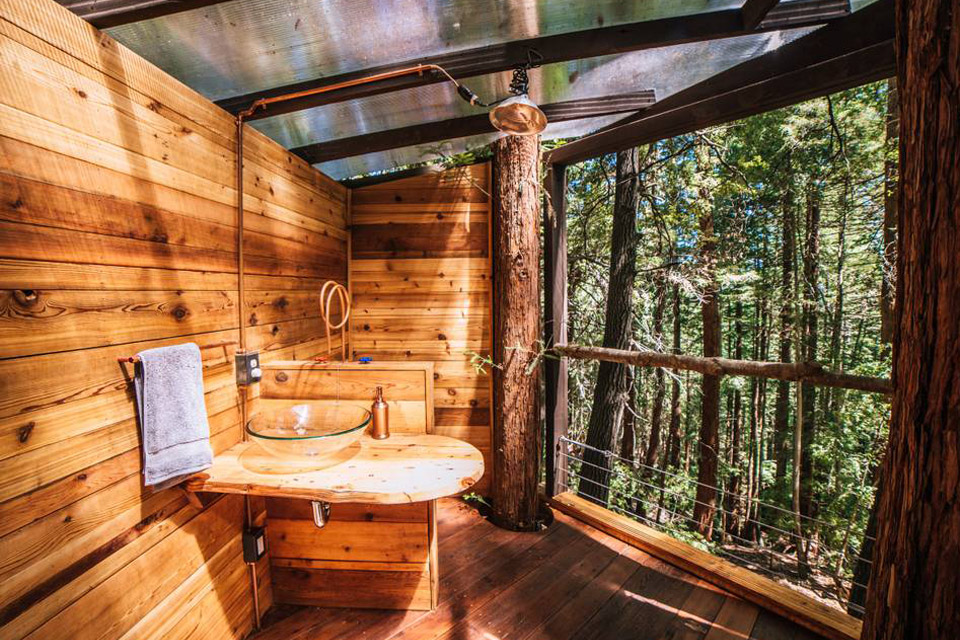 There’s just one caveat: its creators are asking $150,000+ for this work of art. However, considering that only one of these exists in the world, it just might be worth the price tag.