Furion Exo-Bionics’ Prosthesis appears to be something directly from a science fiction film, and rightfully so. Weighing in at over 8,800-pounds, this giant mech is actually an exoskeleton suit of sorts that is piloted by a human. Its chromoly steel-framed, powered by electric motors generating 225 hp, uses a host of hydraulics, springs and suspension units to move its legs individually in tandem with the pilot’s limbs.

A seasoned pilot can get Prosthesis walking along at a brisk 18.6 mph, or if necessary, lift up giant objects, like cars, with its metal tusks. Since there is no stabilization equipment or gyroscopes, it can easily fall over should you come across an unseen object. What could it be used for? Well, the company plans to start a racing series with several pilots who navigate these mechs around obstacle courses. Furion Exo-Bionics is currently seeking funding for the series, but no concrete details have been revealed, other than the inaugural series would take place at the company’s “Mech Ranch” in British Columbia. 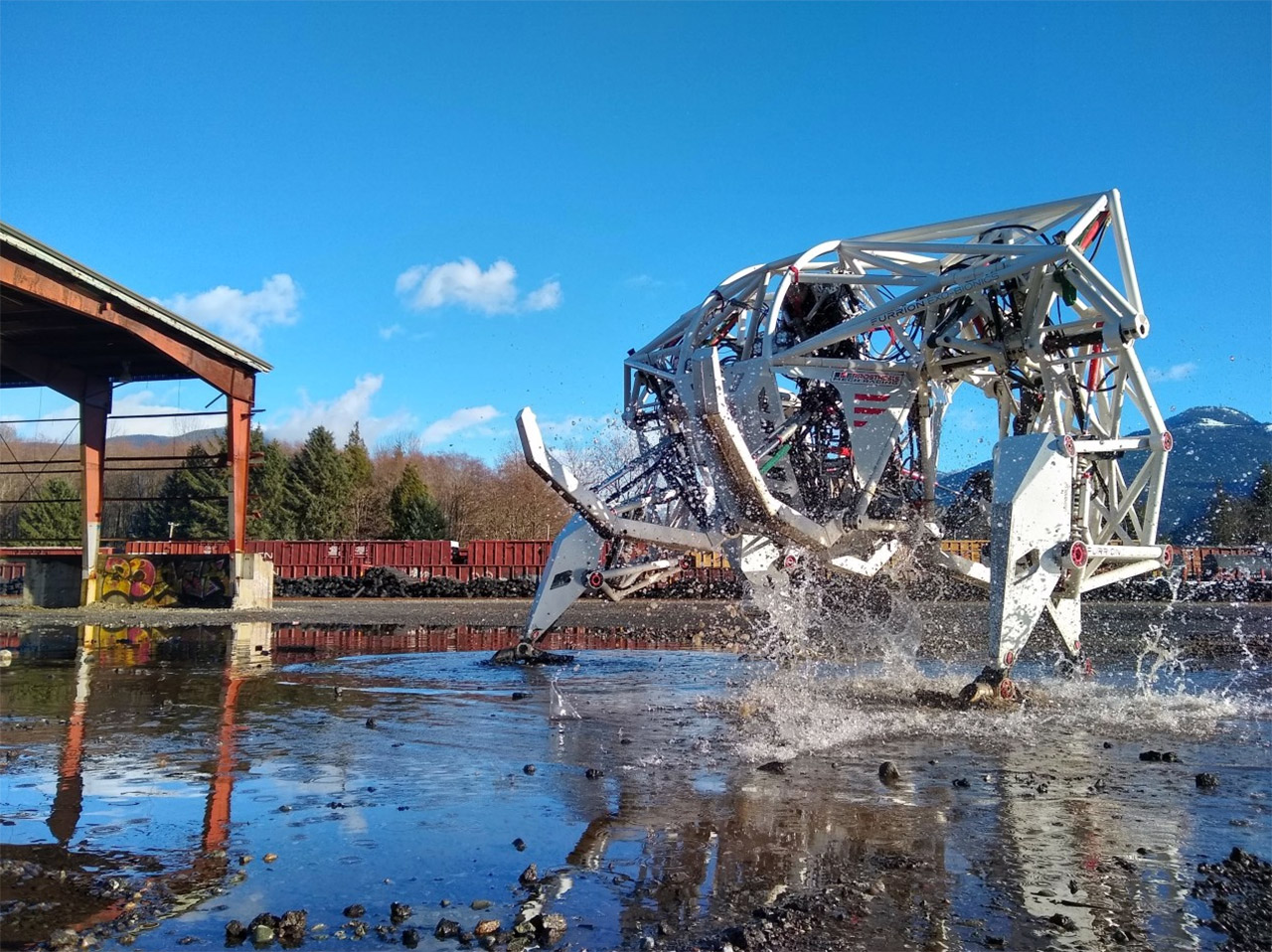 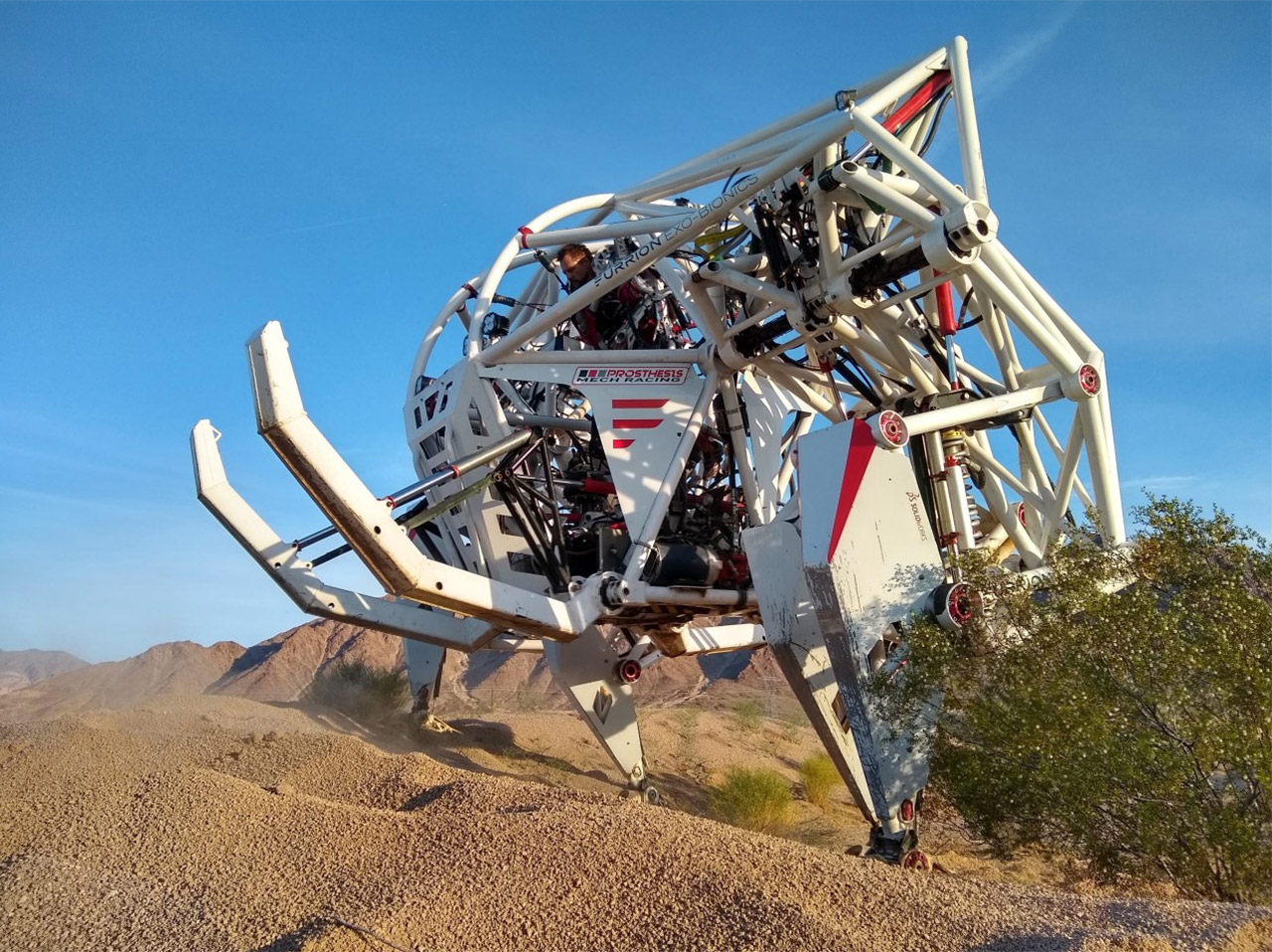 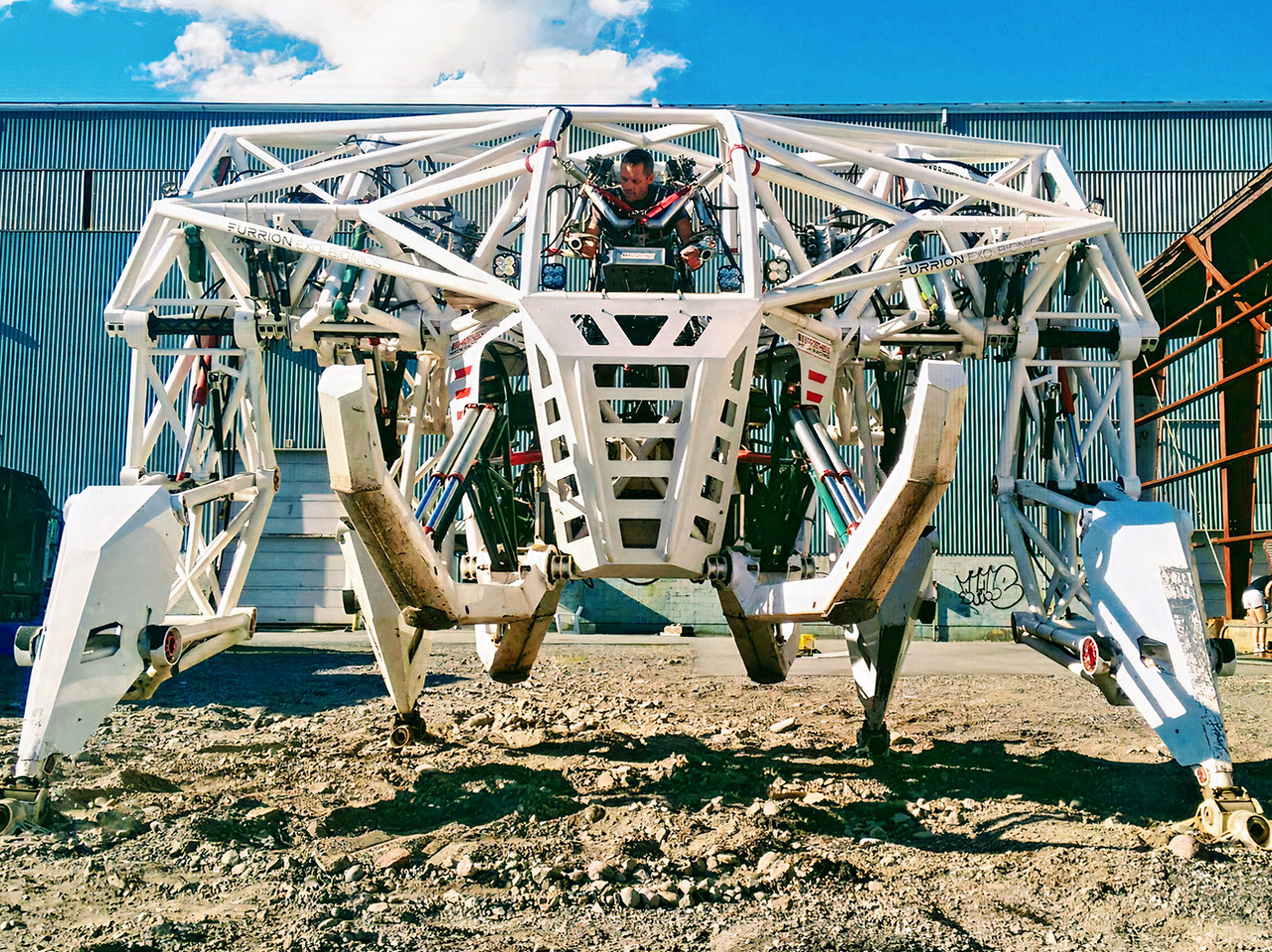 The goal was to make the most rudimentary walking machine possible. That’s how the team came up with the quadruped design. We ended up with four legs because the pilot has four limbs, and the machine has the wide stable form factor that it has so that it’s easy to balance,” said Jonathan Tippett, Furrion Exo-Bionics co-founder and chief test pilot.