Always wanted an electric jetpack? If so, then meet the SkyPak V1 by Ascend Dynamics. The prototype has a wooden frame due to the fact that it needs to be sturdy enough to hold a dummy pilot during the testing phase.

It is currently equipped with a 50V, 36.4-Ah, 1.82-kWh lithium-polymer battery that is good for around 2-minutes of flight. What comes next? Skypak V2 of course, which is going to utilize larger propellers that will be shielded for maximum safety, while its total weight without a pilot would be approximately 100-pounds. Eventually, the wooden frame will be replaced with a carbon fiber one and then a more powerful motor should take the place of the current one, enabling it to fly with up to a 300-pound payload. 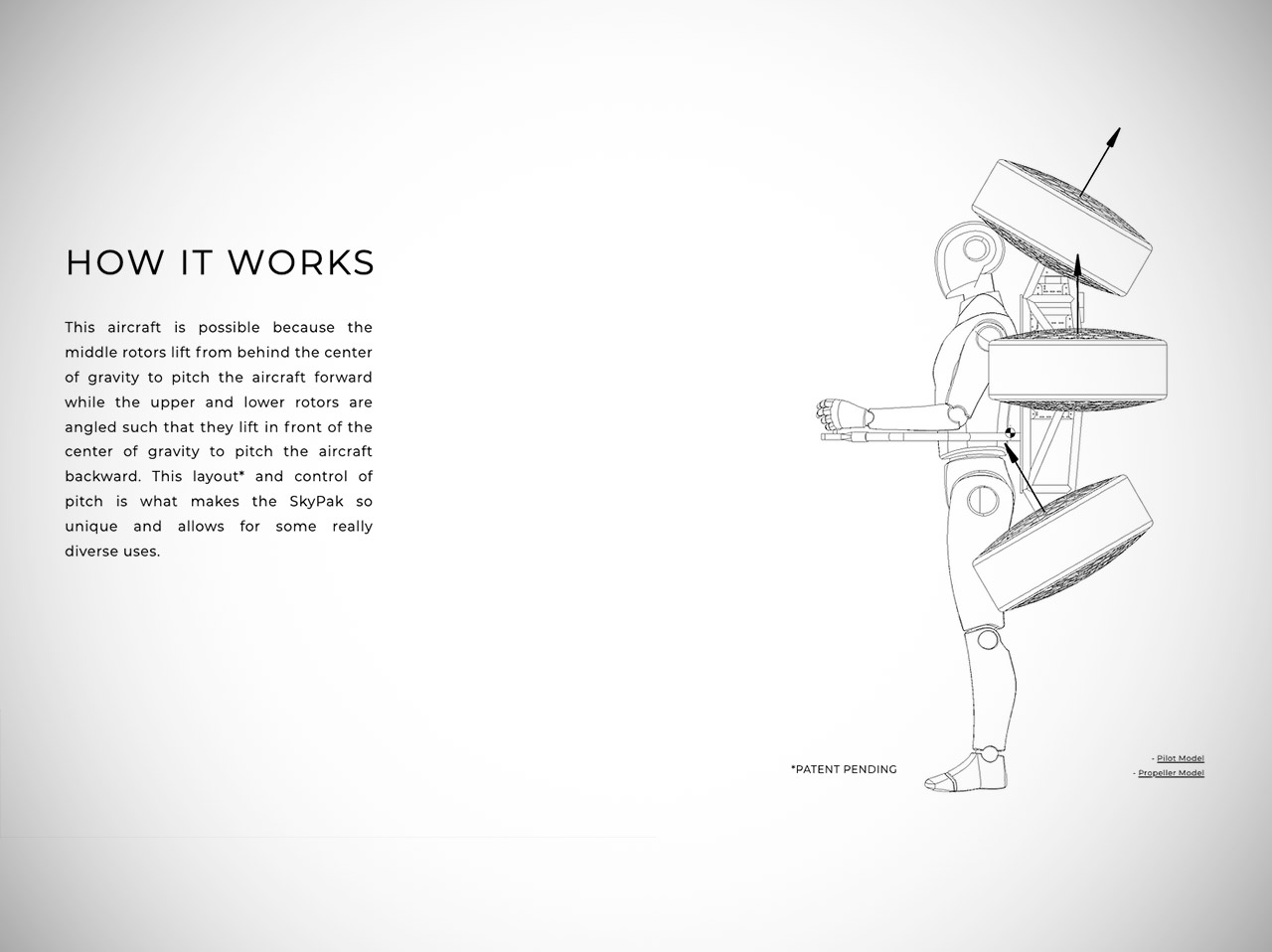 The ability to interact with objects while in flight opens up a host of possibilities such as inspections or maintenance on hard to access places. Additionally, the clear field of view and ability to fly into normally inaccessible areas will benefit search and rescue responders,” said the company.