Sony has just revealed two new flagship smartphone models: the Xperia 1 III and Xperia 5 III. Both are aimed at mobile creatives, whether they be photographers, audiophiles, cinephiles, gamers or cinematographers. Featuring a Snapdragon 888 SoC, 128GB (1 III) / 8GB (5 III) of RAM, 256GB (1 III) / 128 GB (5 III) of internal storage, and a 6.5-inch CinemaWide 4K HDR OLED display with a 120Hz refresh rate on the 1 III.

Both models boast the first variable telephoto lens on a smartphone, which allows for focus to acquire instantly when users are switching between the 70mm and 105mm lenses. When paired with a dual PD sensor and dual PDAF capabilities, every image captured will be in full detail across the entire focal range. The Xperia 5 III may not have 4K, but its 6.1-inch 21:9 CinemaWide HDR OLED display with a 120Hz Refresh rate is still stunning to say the least. Other features include a 4,500mAh battery and Sony’s Neural Network Libraries, which analyzes Wi-Fi signals to predict near-future connectivity issues. There’s no word yet on pricing or availability. 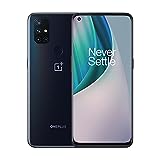 Today we’re introducing two new Xperia models that are significant for both Sony and the industry as a whole. Drawing on our leadership in imaging, display and audio technology, we’re proud to debut the world’s first smartphone with a 4K 120Hz display and the world’s first smartphone with a variable telephoto lens. We continue to break new ground and provide passionate consumers with a more powerful creative device and an immersive entertainment experience like they’ve never had before—all in the palm of their hand,” said Neal Manowitz, President and COO, Sony Electronics Inc.