Rescue operations can be hazardous for both humans and robots alike, especially in situations like building fires, etc., and that’s why researchers are turning to swarms of mini autnomous drones to do the job. A carefully programmed swarm of small quadcopters can cover a large area much faster than a single large drone. Researchers from the Netherlands’ Delft University of Technology and Radboud University of Nijmegen have developed a “bug algorithm” just to handle the task.

The team tested the algorithm on a swarm of six Crazyflie 2.0 quadcopters, and combined, they were able to survey 80 percent of open rooms within one floor of a building in just six minutes. They all set out from the base and then utilized onboard sensors to avoid obstacles and perform a wall following routine, enabling them to gauge their relative locations by monitoring the strength of wireless signals transmitted by chips aboard each drone to avoid collisions. 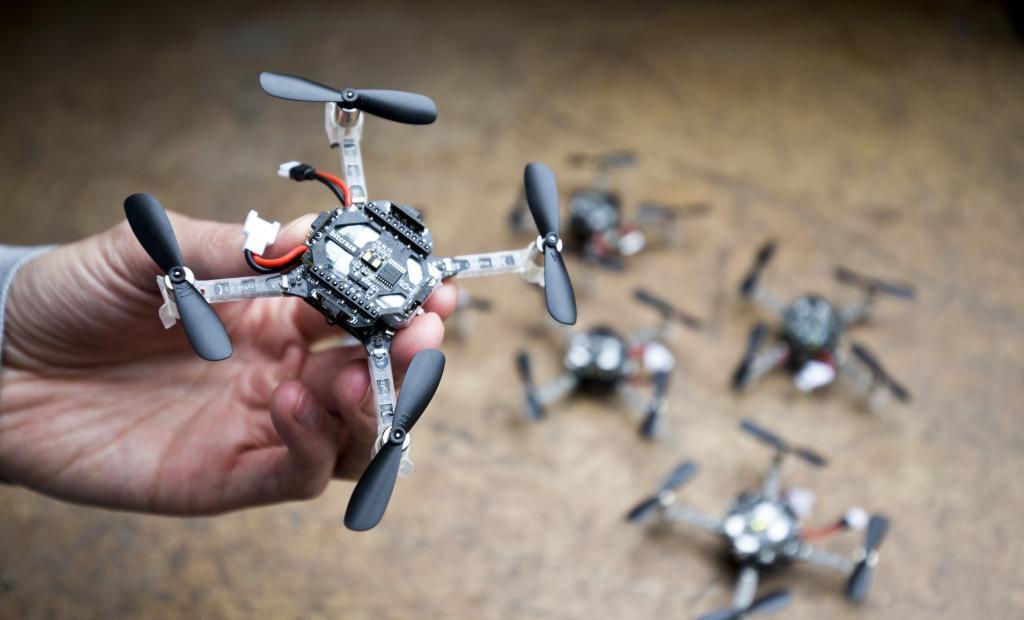 Eventually, when their batteries drained to a 60-percent charge, the drones collectively proceeded to follow a radio beacon signal back to their home base. Researchers were then able analyze the footage shot by the drones’ cameras onto SD cards to determine the exact location of a red mannequin which represented a human requiring rescue.