Drones are dime a dozen nowadays, but very few stand out like the just announced Skydio 2. What sets it apart from the others? Well, it’s designed to be fully autonomous, thanks to 45-megapixels of visual sensing from six 200° color cameras that are capable of detecting obstacles in every direction. Skydio calls this the ‘Onboard AI’ that powers the ‘Skydio Autonomy Engine.’

At $999, it comes equipped with a 12-megapixel camera, mounted on a 3-axis gimbal for silky smooth footage and based around Sony’s IMX577 1/2.3” CMOS sensor with Qualcomm’s RedDragon QSC605 technology that can deliver up to 4K/60p HDR video. The drone can hit a maximum autonomous speed of 36 mph and remain in-flight for 23 minutes, complete with 3.5 km of wireless range. Unlike its competitor, DJI, itcan track multiple moving subjects visually, while flying itself in any direction, enabling it to shoot you from the sides as well as the follow-behind angle.


You could also purchase an optional Beacon ($149) that extends communication range up to 1 mile (1.5 km) and enable the drone to follow you through obstacles, even when you’re not visible. Or, simply use the Beacon’s drag and drop controls to reposition the drone in the sky to access different modes, like Dronie, Rocket, and Orbit for movie-like shots. 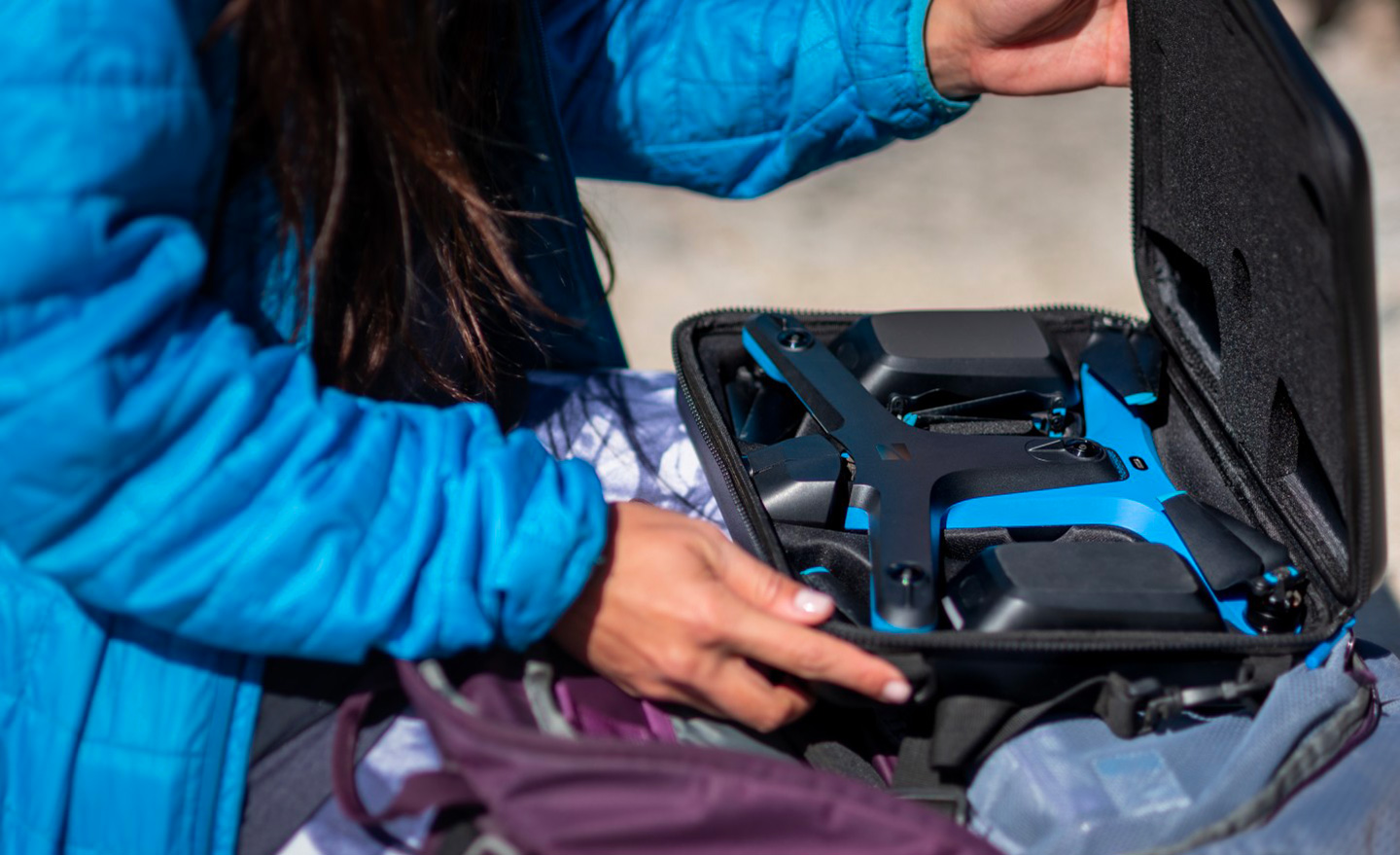 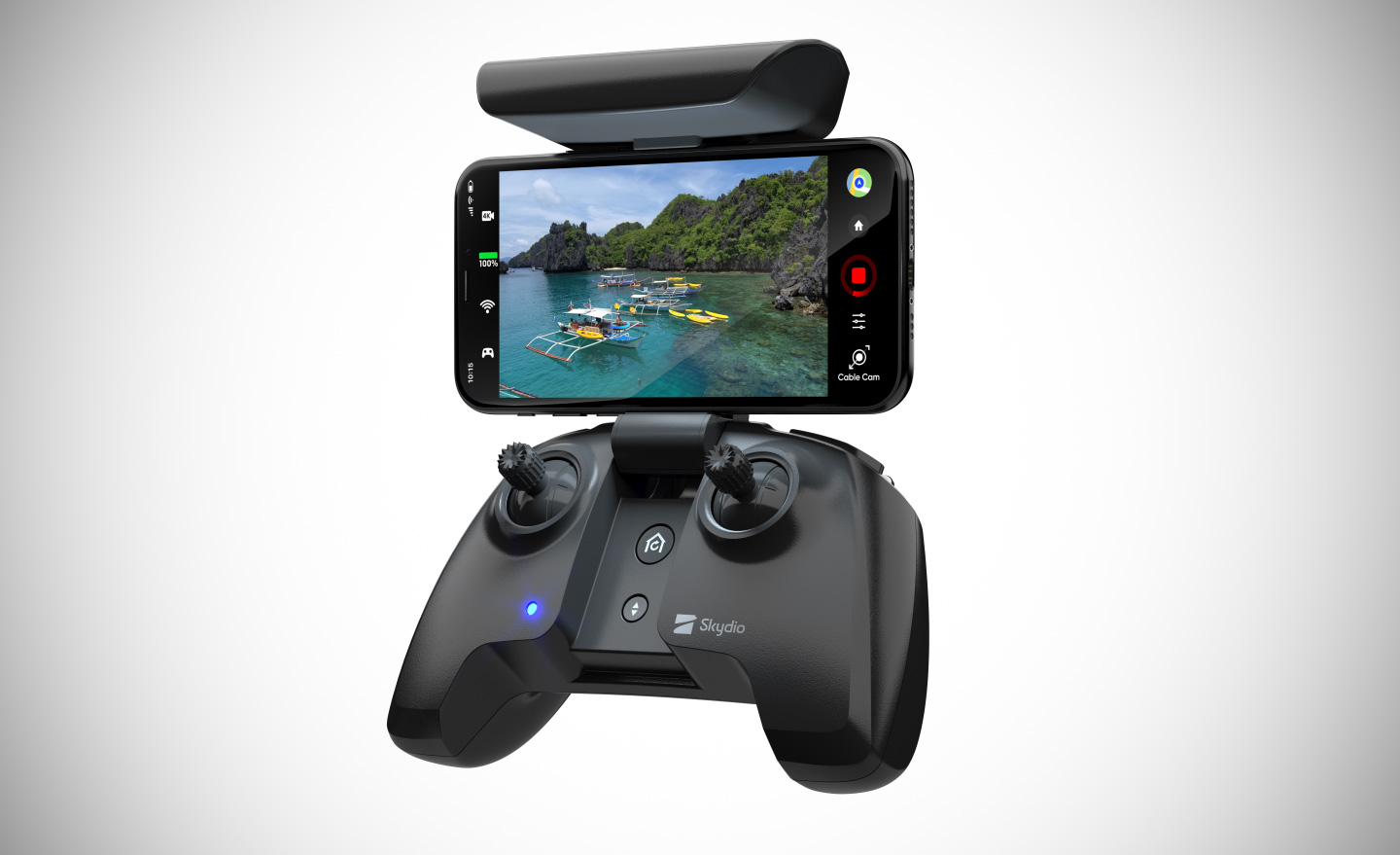 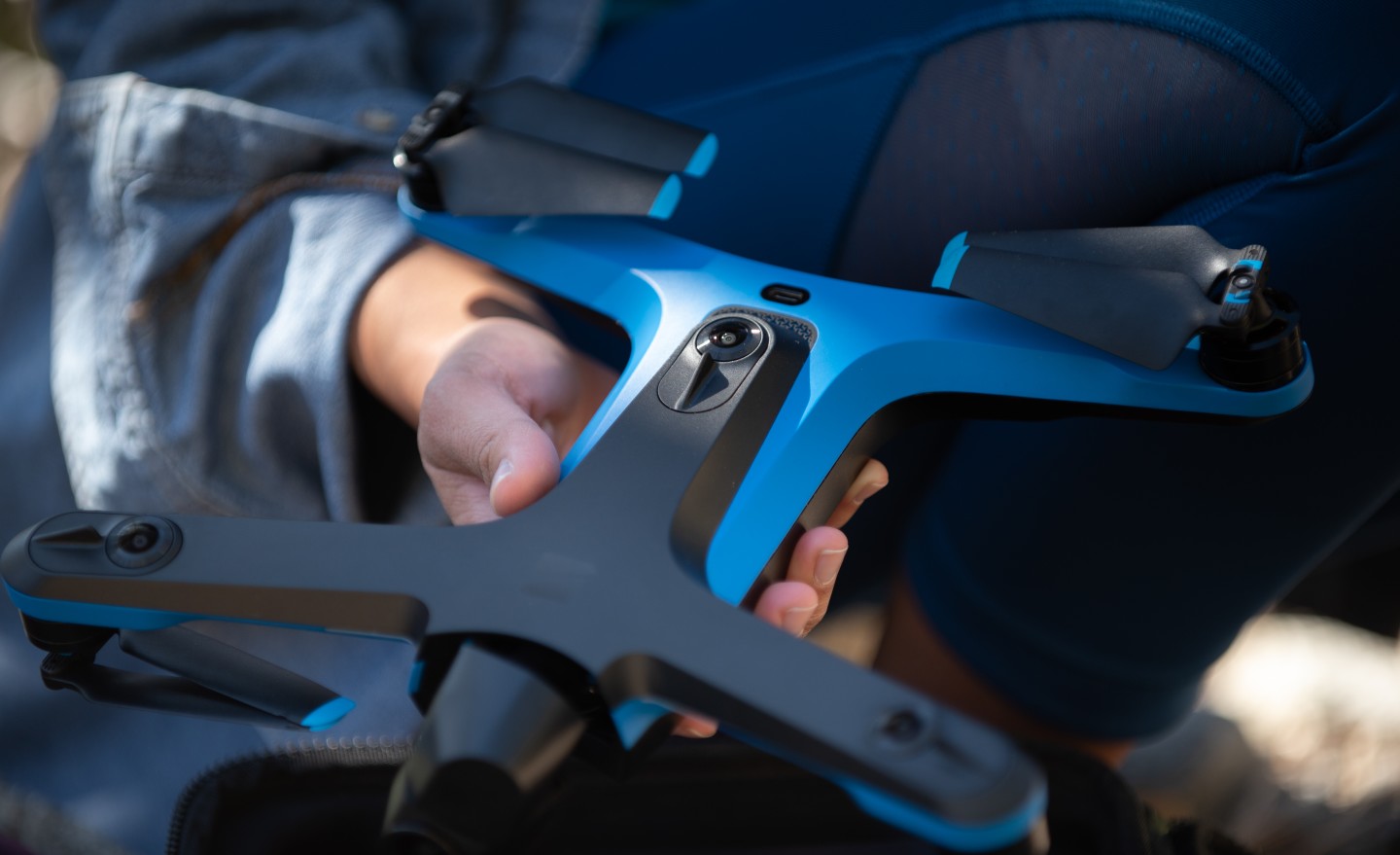 For those who don’t want to get the Beacon, you can control the drone with your iOS / Android smartphone. The free app gives pilots access to AI modes, including Cable Cam and Sport mode. Recorded photos / videos can be downloaded and saved directly to the phone for instant sharing on social media. Lastly, an optional remote control extends the range to over 2 miles (3.5 km) and is ideal for those who prefer flying the drone with joysticks.