Syroco’s Moonshot 1 speedcraft is essentially a kite-powered sailing craft designed to break records. Led by French kiteboarder Alex Caizergues, the goal for Syroco is to beat the Vestas Sailrocket 2’s 2012 record set at 65.45 knots (121.21 kilometers per hour) over 500 meters in Walvis Bay, Namibia.

Unlike traditional sailing craft, Moonshot I appears to hover a few feet above the surface, but it’s actually using foils to keep it grounded to the water. How does it move? It utilizes kites for propulsion, while its pilots are tasked with controlling both the kite and foil to avoid obstacles at high speeds. The goal is to achieve a top speed of 80.99 knots (150 kilometers per hour) by the end of 2022, very likely in the south of France, where Syroco is headquartered. 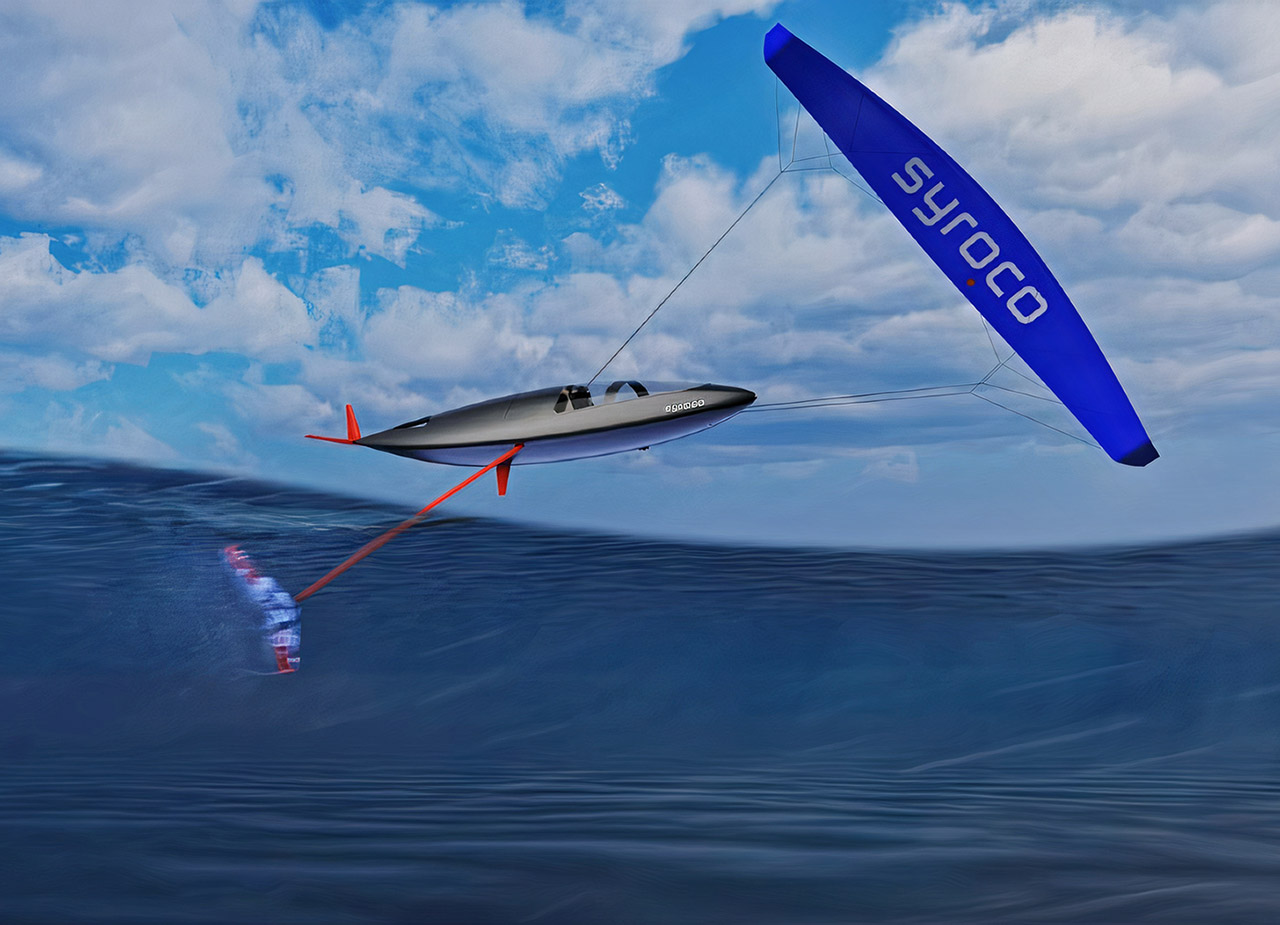 Speed isn’t just our end goal. Our software simulation platform, Syroco Efficient Ship, lets us apply our research and help shipbuilders make much more efficient hulls that will reduce their carbon footprint. Nobody else is working with this kind of technology. Once we can manage the kite sail as a propulsive force…it’ll be time for the full-scale model,” said Yves de Montcheuil, Syroco partner.