Disney+ subscribers are probably familiar with “The Book of Boba Fett”, which takes place after the events of Return of the Jedi (1983), and a spin-off from the The Mandalorian series. Now one fan shows us what it would look like as a TV show from 1985.

The notorious bounty hunter Boba Fett, played by Temuera Morrison, looks to fit right in to a TV show from the 1980s, while Ming-Na Wen and Pedro Pascal also starring, reprising their roles from The Mandalorian. On a related note, there were several attempts at developing a standalone Star Wars film focused on Boba Fett before Lucasfilm began prioritizing its streaming series. On the bright side, this lead to this spin-off series, which was first reported in November 2020, and officially announced in December. 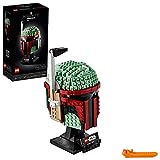