A typed letter signed by Steve Jobs from 1983 probably isn’t the most uncommon thing, as the Apple co-founder launched the Lisa computer that year. What makes this particular letter so interesting is that a fan wrote him asking for an autograph, only to receive a letter say he doesn’t sign autographs, but with his signature at the bottom. 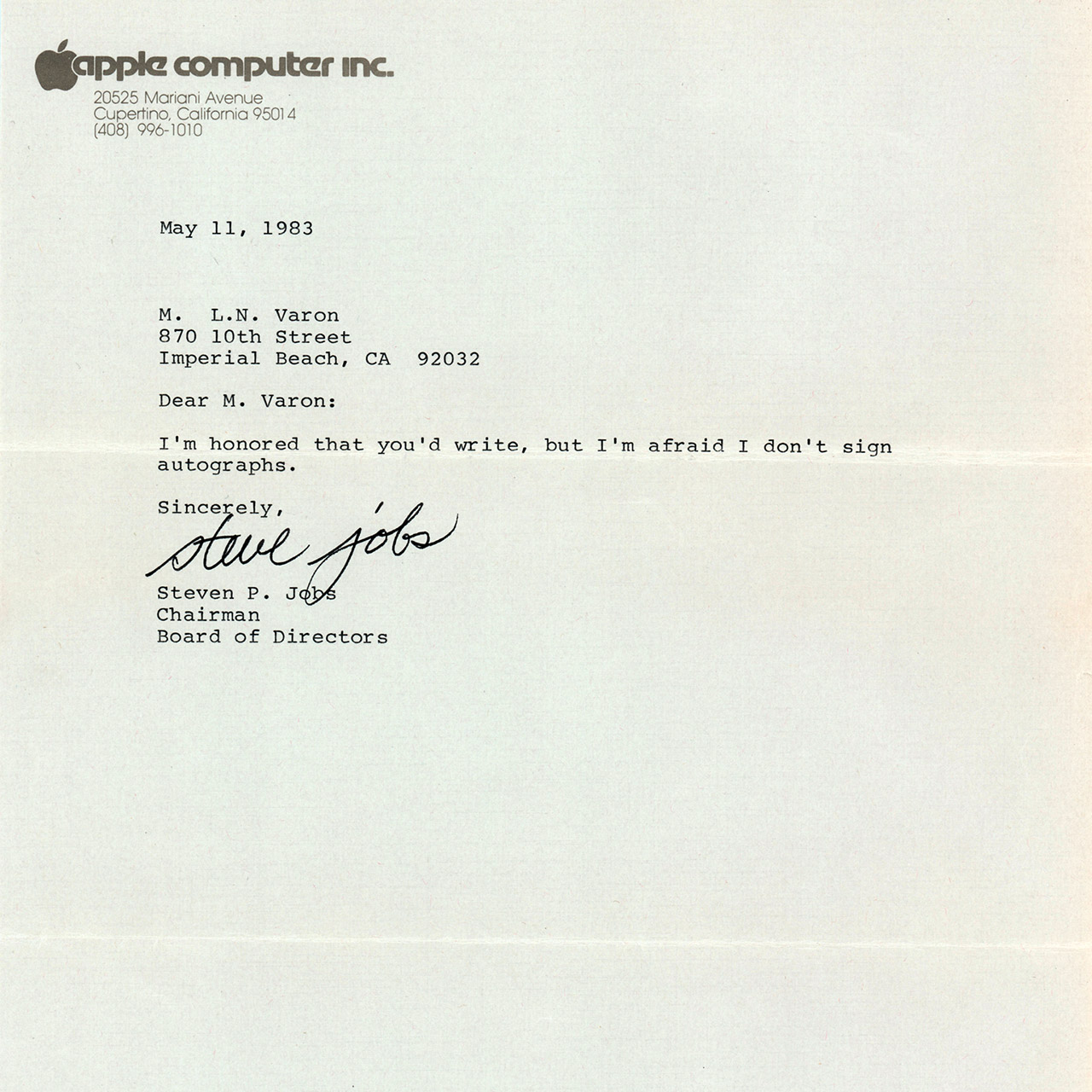 This typed letter comes on a one page, 8.5″ x 11″ Apple letterhead dated May 11, 1983. It’s addressed to a L.N. Varon who resides in Imperial Beach, California. Aside from a tiny stain in the blank area near the bottom, this letter is in excellent condition. RR Auction had a third party authenticate the signature and after buyers premium, it sold for a whopping $479.939 USD. In other words, you could have purchased a nice lot of Apple stock or a 2022 Ferrari 296 GTB with over $150,000 left over.