What does the US Space Force overlook currently? Well, if you’ve heard of the highly classified Boeing X-37B, that is one of their assets. The low-profile missions it’s currently undertaking represent a significant U.S. orbital asset. Its latest mission, USA-277, which was launched on September 7, 2017 and landing October 27, 2019, was the longest X-37 mission to date at 780-days. 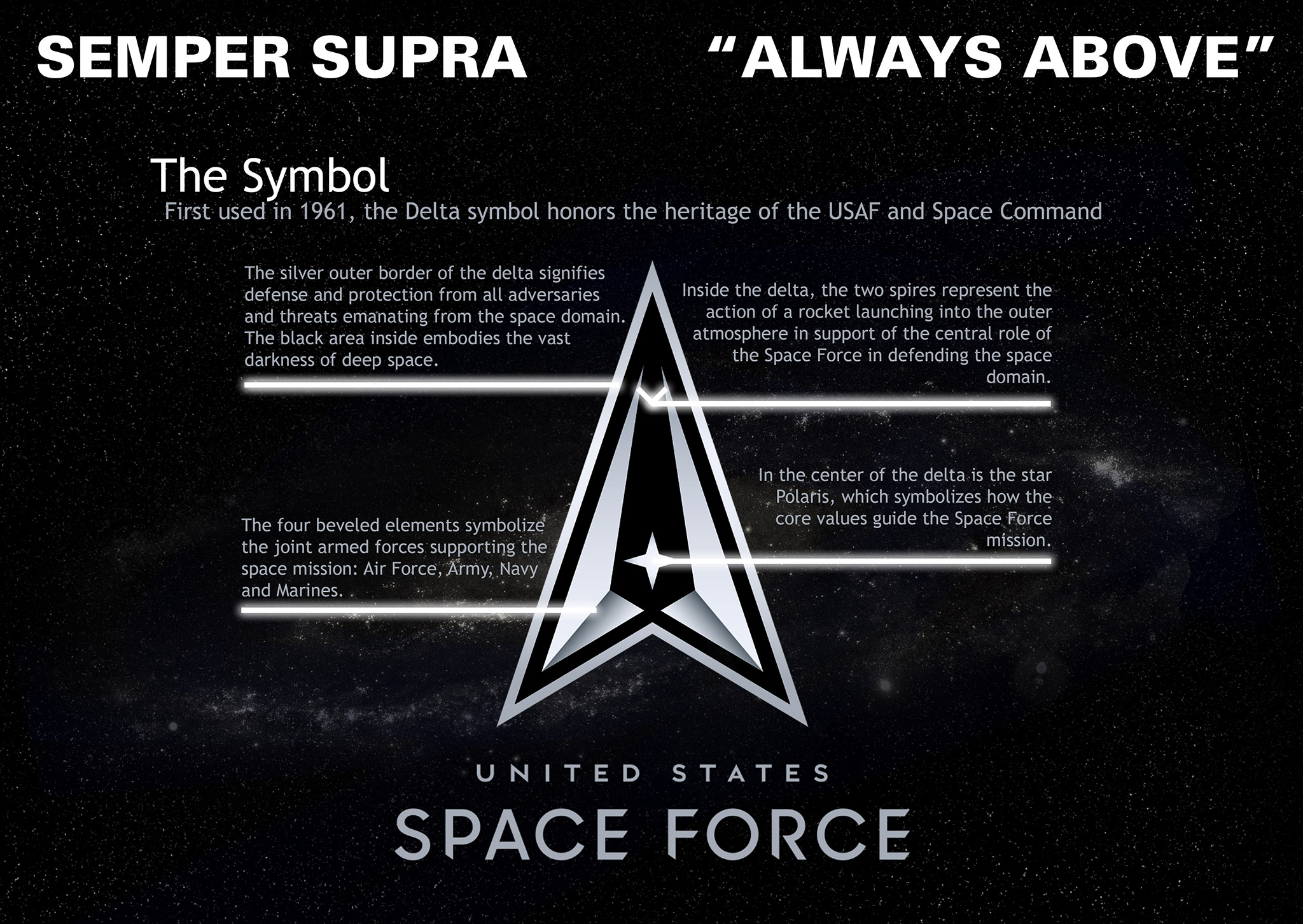 The logo and motto honor the heritage and history of the U.S. Space Force. In the center of the Delta is the star Polaris,” it adds, “which symbolizes how the core values guide the Space Force mission,” said the service branch.