The Victrola Stream turntable line looks normal at first, but they take vinyl records to the next level with Sonos speaker compatibility. Their Victrola Stream Carbon record player is now available for pre-order ($799), and after pairing it with the Victrola Stream app, users will be able to control the device straight from the Sonos app or with the illuminated control knob.

You’ll be able to transmit and control the volume of the music from a record to any Sonos speaker in your home, just like you would digital music on a normal Sonos system. If you want to experience the Victrola Stream Carbon in person, you’ll have to head on over to the Sonos Booth at the 2022 CEDIA Expo in Dallas, Texas, which runs from September 29th – October 1st. 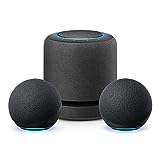 We spend a lot of time with our consumers trying to understand how and why they like to listen to music the way they do. We discovered a massive number of Sonos system owners were also active vinyl listeners. Even more importantly, consumers told us they would listen to music even more if they could play their favorite records through their Sonos system, using their Sonos app,” said Scott Hagen, CEO of Victrola.