This Volkswagen T1 was originally manufactured in the Hannover plant sometime during May 1962 and Vienesse mechanic Kurt Kretzner transformed it into ‘Half-Track Fox’. It was then turned into a T1 with four axles and two have been fitted with a chain drive mechanism similar to tank tracks. The chains are mounted on 13-inch wheels and a Kretnzer custom designed aluminum elements with rubber blocks two centimeters thick to spare the asphalt. 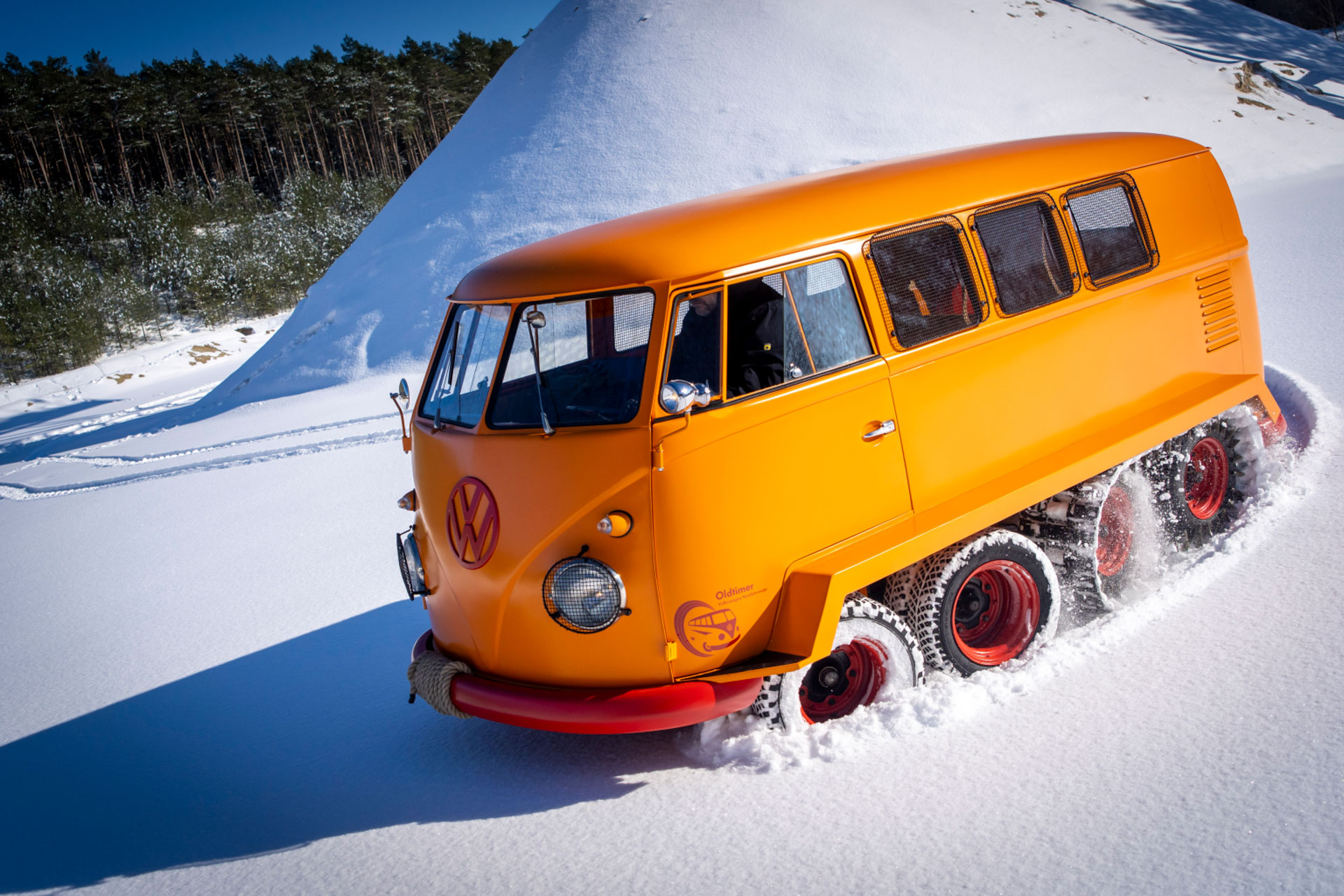 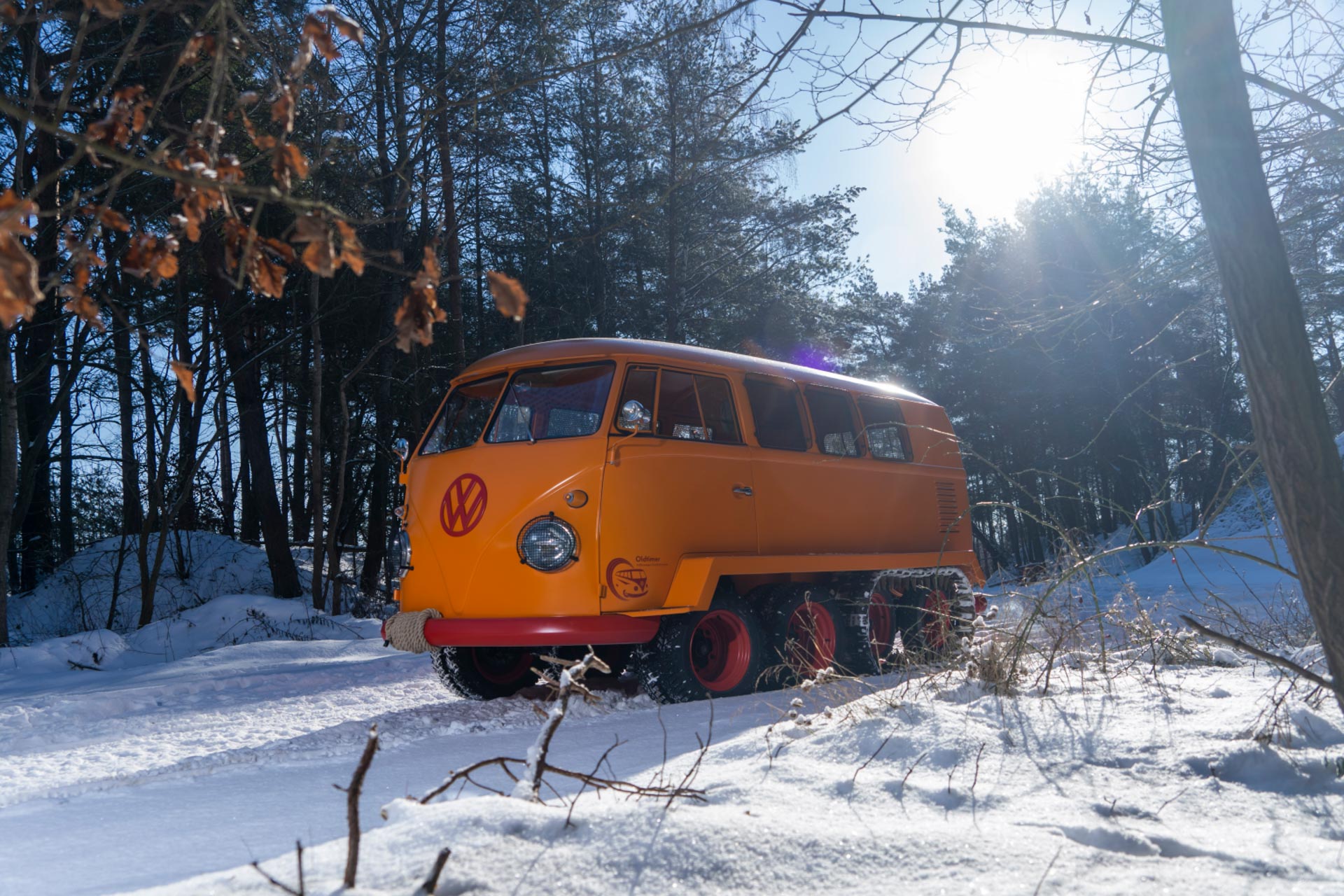 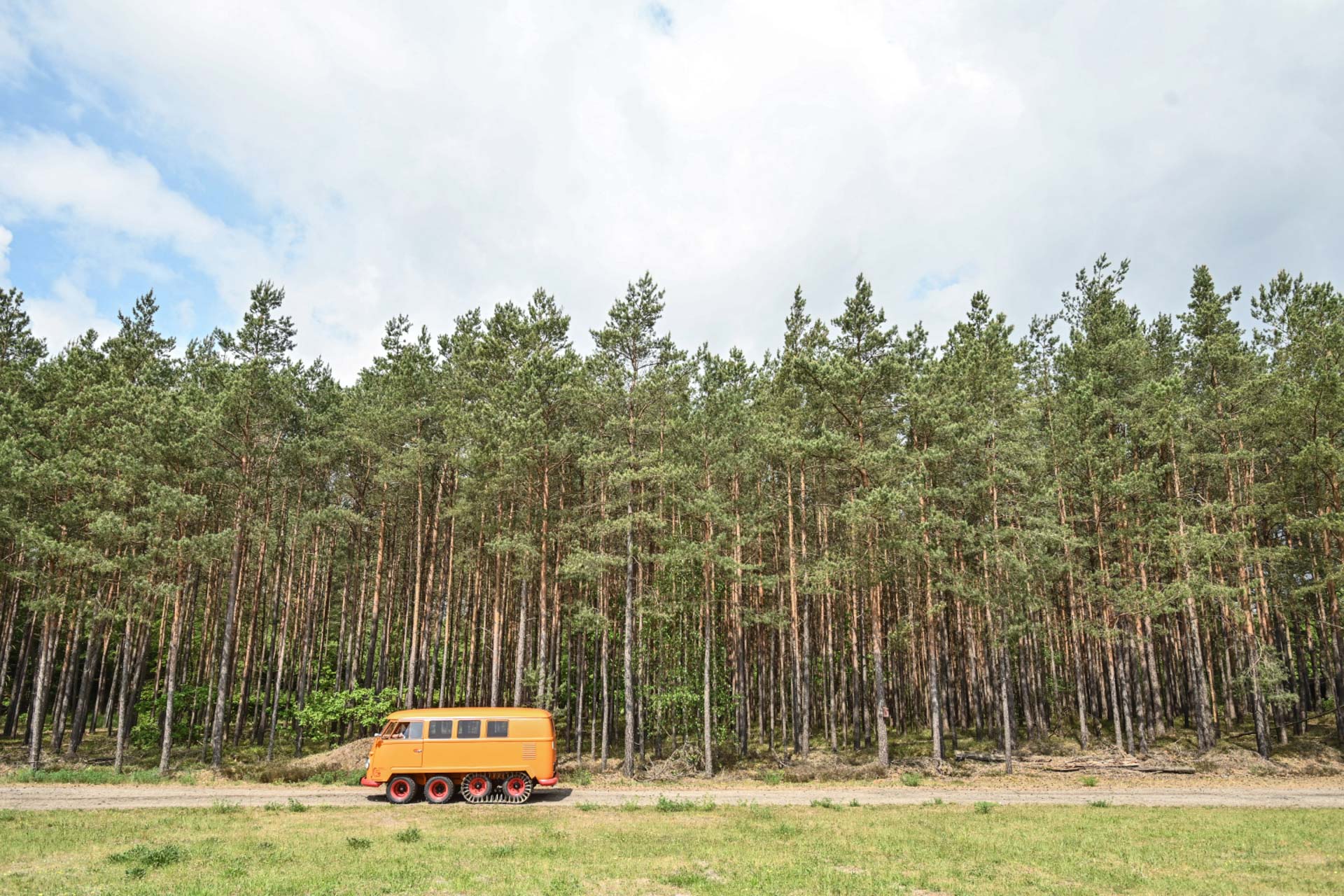 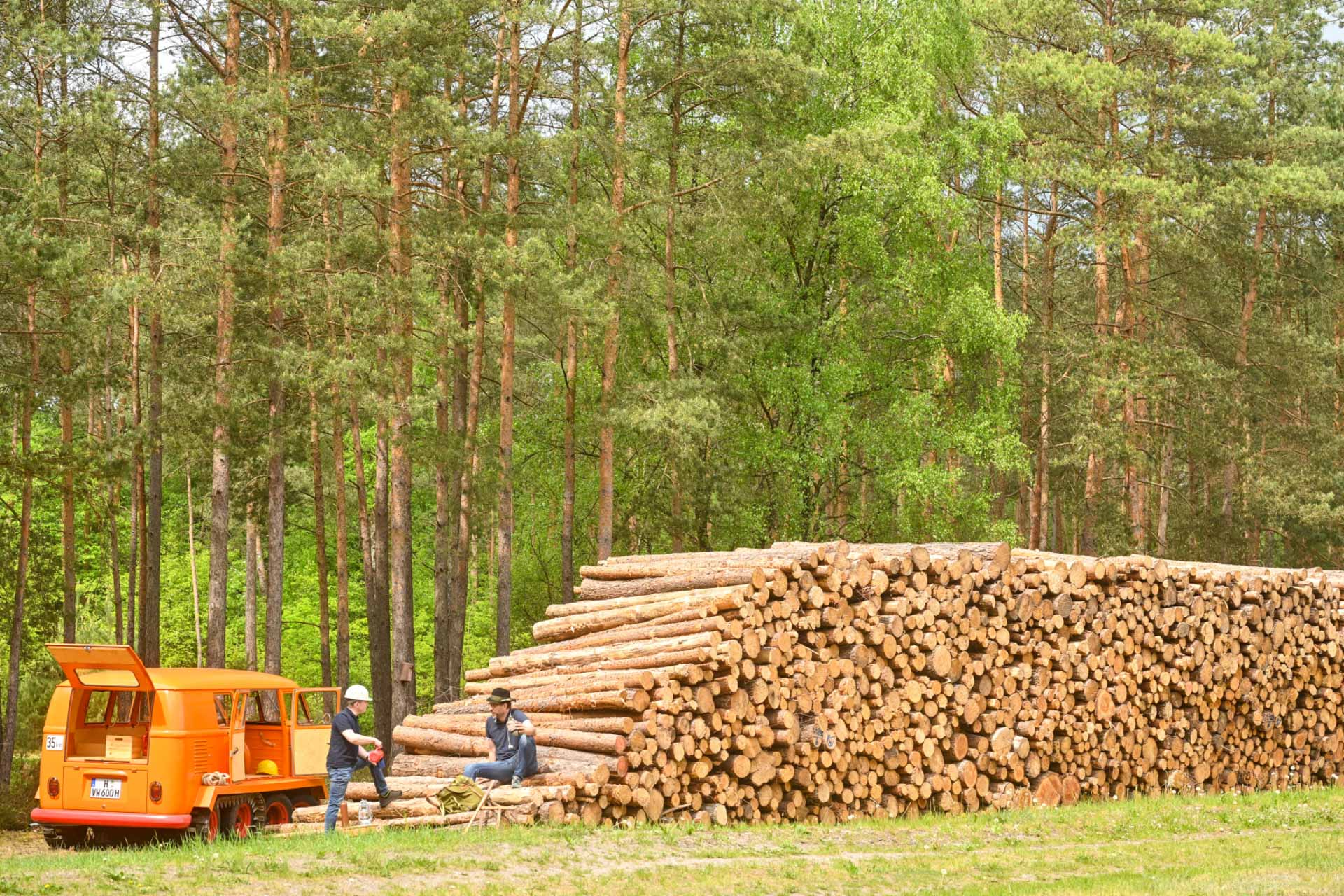 Power comes from a 1,192 cc flat-four engine making 34 hp with a top speed restricted to 22 mph, which means that it’s more suited for construction sites rather than the road. Eventually, the Porsche museum in Gmünd in Austria acquired the vehicle nearly two decades later, but sat dormant until 2018, when Volkswagen Commercial Vehicles’ (VWCV) Classic Vehicles began the official restoration. 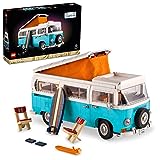 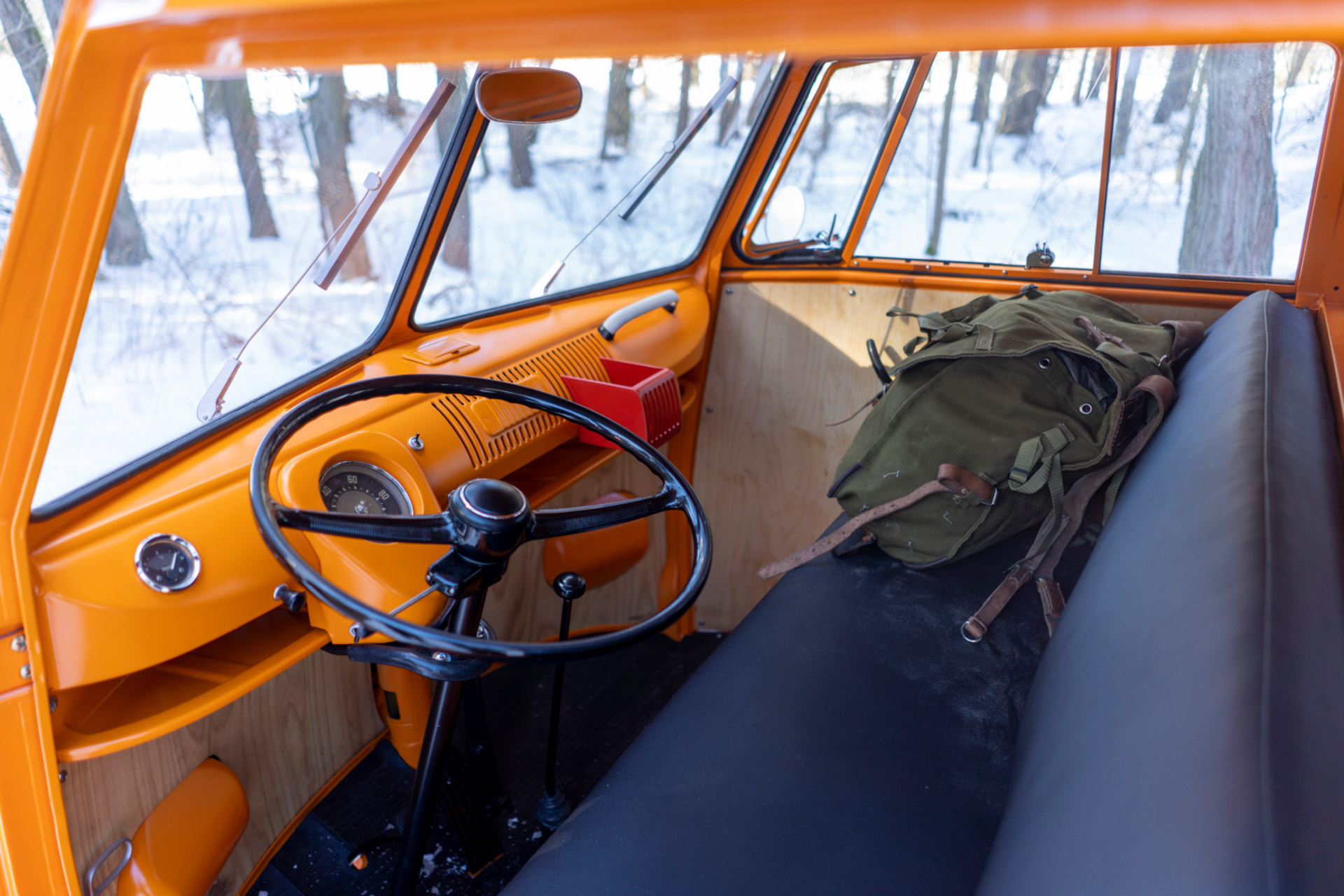 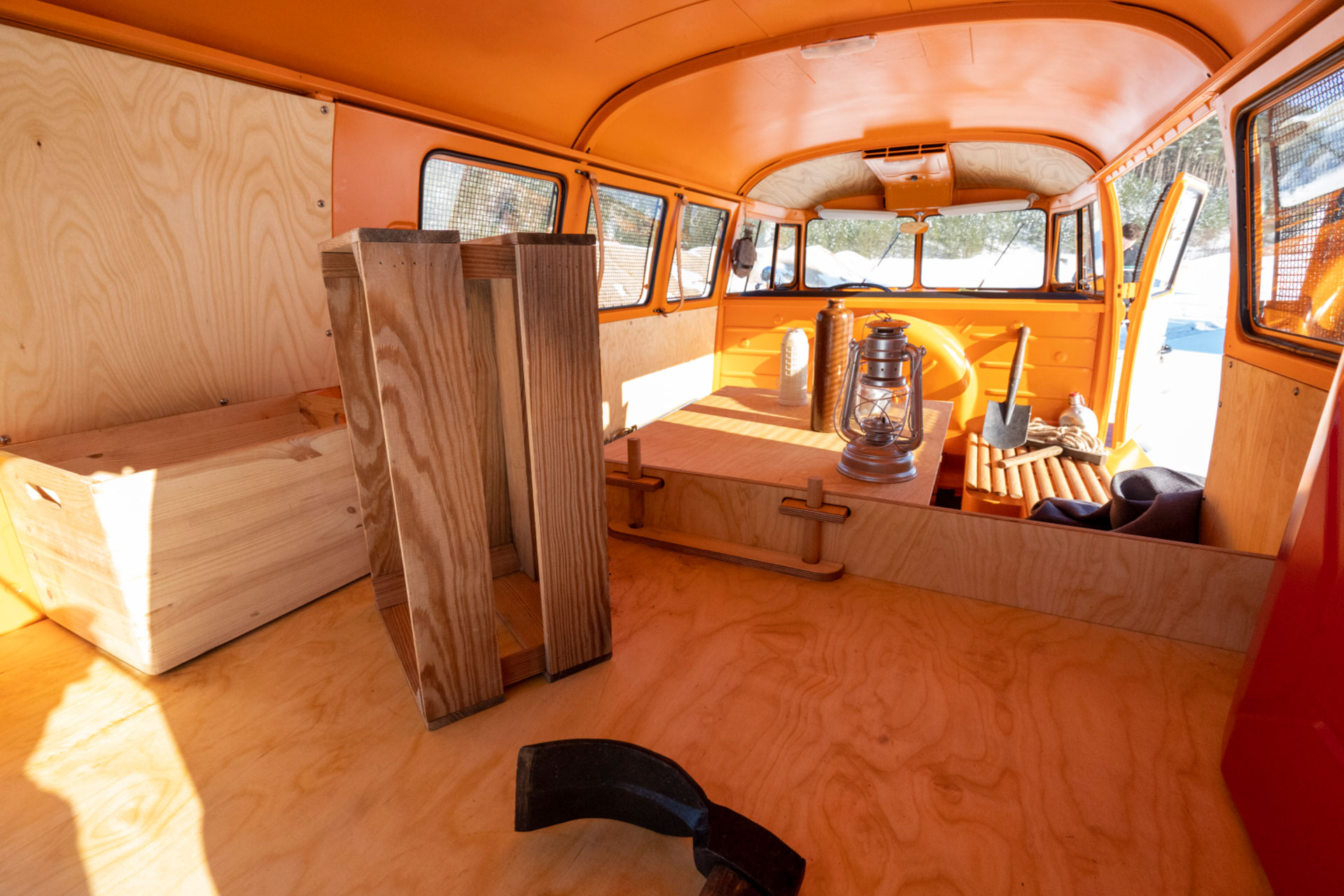 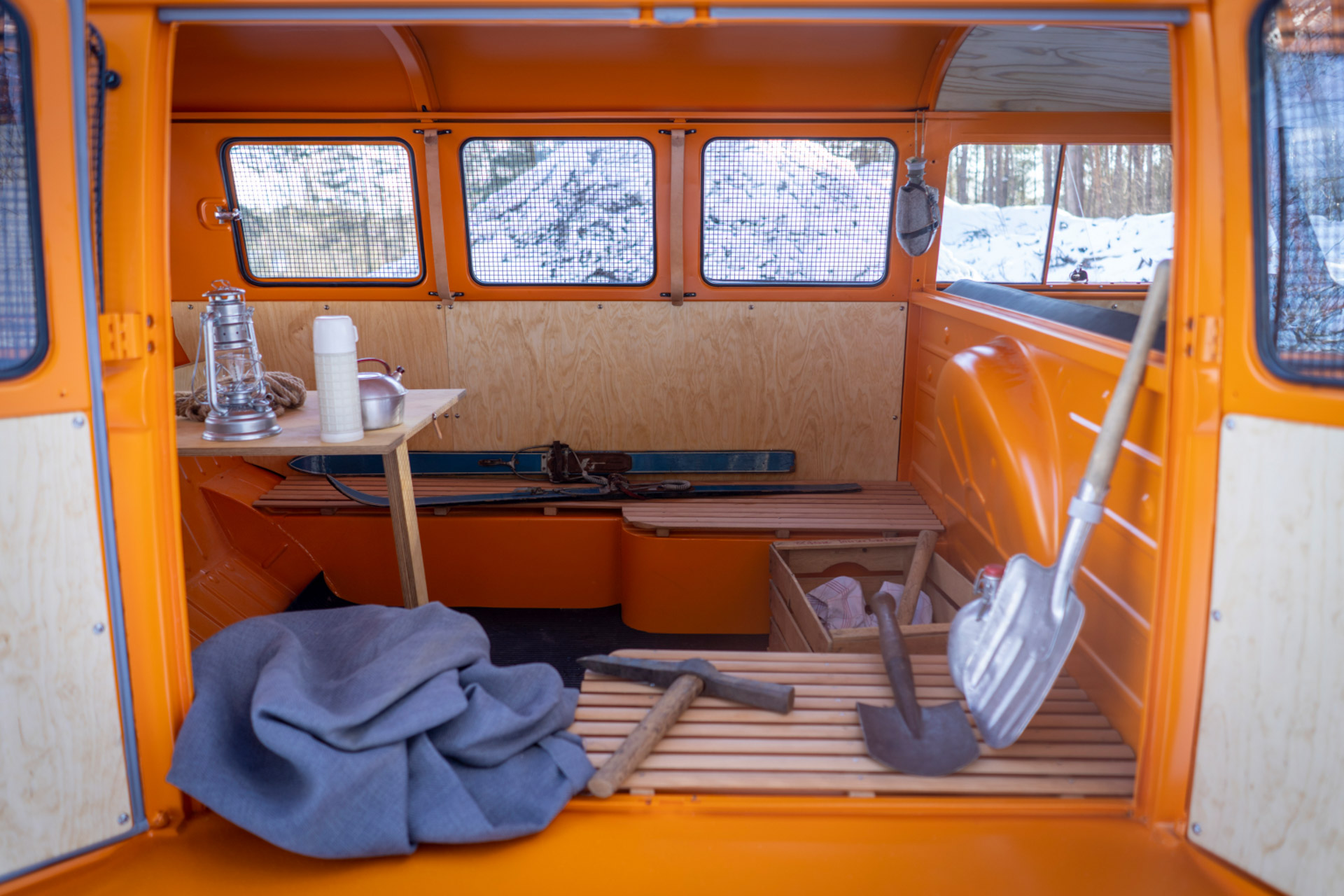 The VWCV Classic Vehicles team also got the mechanics back into as-new condition. The interior, too. The team was able to give free rein to their creativity there, as there were no onerous specifications. Wood components in beech and pine were individually adapted to the space inside the Half-track Fox, and practical tool holders installed,” said the automaker.